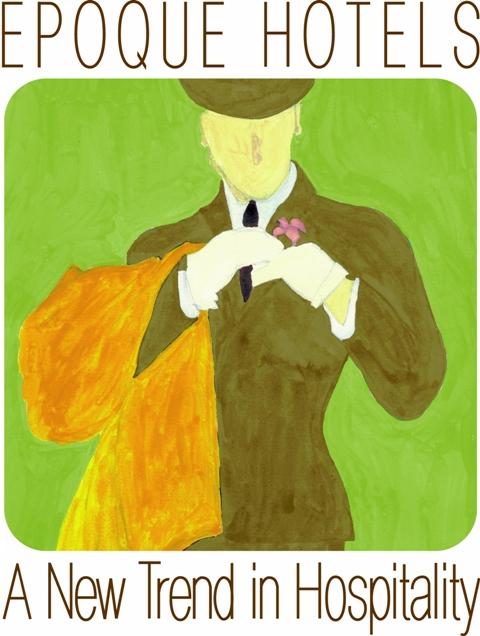 In July 2007, the unique collection of avant-garde, trendy-chic, and luxury-classic boutique hotels grows to 300 properties.Epoque & Avantgarde Hotels continues to excel in establishing itself as the most coveted collection of trend-setting and luxury-classic boutique hotels. In mid July 2007 the American hotel Representation Company reaches 300 properties in the top worldwide destinations, adding thirty more to its portfolio from the beginning of the year. Several of the most recent acquisitions are also located in new attractive sites. For example, the Sugar Hotel in Cape Town, South Africa, is the second property in the African continent together with the Murano Oriental in Marrakech, which opened last February. The Dream Bangkok, sister Hotel of the Dream Hotel in New York, is also an addition to Epoque & Avantgarde Hotels’ interest in the Asian market. The Hotel 27 in Copenhagen, with its newly opened Absolut Ice Bar, is instead the confirmation of the company’s appreciation of the Scandinavian appeal. Other properties consolidate its portfolio in destinations in which the company is already well established, such as France with the 9 Hotel and the Hotel Pulitzer Opera, both in Paris, and Spain with the Hospes Madrid and the Hospes Palacio del Bailio in Cordoba. Worth pointing out is also the growing collection of exotic South and Central American boutique hotels that now include dreamy and unusual resorts such as the Xaloc Resort in Isla Holbox, Mexico or the Elan Hotel in Calafate, on the Patagonian glaciers.“We are very pleased of this great achievement,” says David Maranzana, president of Epoque Hotels, “Both the Avantgarde and the Epoque lines have evenly increased in number of affiliates. Of course our objective is to keep acquiring properties, especially in newer destinations, but our further goal is to increase brand awareness in Europe and open an office in Spain,” concludes Maranzana.About Epoque & Avantgarde Hotels: Epoque Hotels is a collection of worldwide avant-garde, trendy-chic, and luxury-classic boutique hotels based in over 100 destinations. With its 300 hotels in its portfolio, divided in two lines: Avantgarde Line and Epoque Classic, it is rapidly establishing itself as the leading reference in the segment of boutique hotels. Headquartered in Miami, the Company has also sales offices in Italy, UK and France.Stefano Maranzana, Public Relations Epoque Hotels stefano@epoquehotels.com 39 340 9123 536 http://www.epoquehotels.com http://www.avantgardehotels.com

05-25-2018 | Business, Economy, Finances, B …
ReportsWeb
Boutique Hotel Market
ReportsWeb.com has announced the addition of the “Boutique Hotel Market”, Reports offering you more creative solutions that combine our deep geographic experience, intimate sector knowledge and clear insights into how to create value in your business. The report provides a basic overview of the Boutique Hotel industry including definitions, classifications, applications and industry chain structure. And development policies and plans are discussed as well as manufacturing processes and cost structures. Then, the
02-17-2017 | Tourism, Cars, Traffic
Stroblhof
Hotel in St. Leonhard
Meran hotels – The Stroblhof Active Family Spa Resort The four star Stroblhof Active Family Spa Resort is one of the best hotels in Meran. The hotel is based in the heart of Val Passiria, just 20 minutes away from the beautiful town of Meran. Meran will impress you as an idyllic alpine village. The Stroblhof is surrounded by a spectacular mountain scenery, so our guests enjoy a breathtaking view from
12-21-2011 | Tourism, Cars, Traffic
Falkensteiner Hotels & Residences
Falkensteiner Hotel & Spa Iadera in the Hotel Champions League
Vienna/Petr?ane/4th of December 2011- The five star Falkensteiner Hotel & Spa Iadera, which is situated in its own resort of Punta Skala near Zadar and opened on 1 July 2011, impressed decision-makers at The Leading Hotels of the World so much that it was accepted as a member of the world's most exclusive marketing platform for luxury hotels the first time it applied. The architecture of the house, which bears
12-10-2011 | Tourism, Cars, Traffic
Howard Johnson International Airport Hotel
Popular Phoenix Hotel - Howard Johnson International Airport Hotel
Our focus has been on customer care and we pride ourselves in the fact that we have testimonials from satisfied customers to support our claim. Our staff is courteous, friendly and ready to attend to your needs 24x7 with a very personalized service. Stay with us once and decide yourself whether our claims are authentic or not. Laced with all contemporary facilities, Howard Johnson International Airport Phoenix comes with features that
10-18-2011 | Tourism, Cars, Traffic
http://www.coorgexpress.com
Features of Coorg Hotel
Coorg is one of the hill stations that are located in the Western Ghats in small district named Karnataka. The place also known as the Scotland of India offers a lot of things for the visitors from all parts of the world. Whoever visits this place never prevents from saying that it is an untouched part of beauty and heaven on this planet Earth. Richly adorned with natural beauty, its
03-17-2011 | Business, Economy, Finances, B …
Hanoi Spark Hotel
Hanoi Welcomes New Budget Hotel “Hanoi Spark Hotel”
Roving reporter and travel writer Alejandra Simiz reports from down town Hanoi, Vietnam. On my most recent assignment I decided to take a few days off in Hanoi as it had been several years since I was last here and wanted to see what impact tourism in general had made on the Vietnamese culture. Hanoi, Vietnam, March 17, 2011 -- To my surprise, what I did find was that good budget,
Comments about openPR
OpenPR is clearly structured and remains true to its principle of confining itself to the essential parts. OpenPR has proven to be a very good and reliable partner to our media agency: Within the shortest time the releases are online and go down well with the media representatives. The success of OpenPR is reflected in the steadily increasing number of press releases. It is good that OpenPR exists!
Ursula Koslik, Director Marketing & PR, F+W Hamburg