Press release from: 3B Scientific 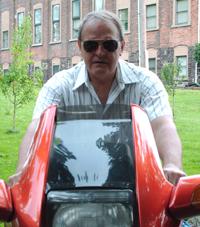 Hamburg/Germany, December 2012 – As in every year, 3B Scientific is donating 5,000 € in 2012 to the World Vision aid organization, to help support children in developing countries. A good start in life offers the best prospects for the future. A reliable source of clean drinking water, fresh food, good housing and medical care – and not forgetting education – are essential in ensuring personal well-being for all of us. In developing economies, however, it’s often the youngest of all who suffer from malnutrition and comparatively harmless diseases. As a producer of teaching materials, 3B Scientific is particularly keen to ensure a good future for children and is thus donating 5,000 € to the World Vision charity. The donation will go to financing not just child sponsorships but also regional development projects, which focus on making life better for needy children and the people in their lives. Following the maxim of “helping others to help themselves”, crofters are given seed and fertilizer, irrigation channels are laid, small traders are funded, war-traumatized children are cared for and regular schooling is provided. 3B Scientific has been regularly donating to the WORLD VISION Germany child aid organization for several years, and the total sum donated is now some 13,000 €. 3B Scientific also donates its own products throughout the year. Just recently, the company donated a 3B Scientific® Skeleton Model to “Hilfe direkt Oldenburg – Sierra Leone V.i.B. e.V.”: the model was needed for a newly-built hospital in Sierra Leone, where it will be used to help train medical personnel and provide patients with medical advice.COMPANY PROFILE:The international group of companies 3B Scientific specializes in the manufacturing and marketing of didactic material for scientific, medical and patient education. The parent company was founded 1948 in Hamburg by the 3 Bs: Mr. Paul Binhold, his wife Hedwig Binhold and their daughter Marion Binhold, now Marion Kurland. The brand name 3B Scientific® is represented in over 100 countries worldwide in the medical and educational sector. Achieving constantly growing sales, the 3B Scientific group is the worldwide leader in the anatomy market today. About 90 % of the group sales are made outside of Germany. As a recognition of its worldwide success, 3B Scientific (respectively the former Paul Binhold Company) has been selected as a member of the German ”Hidden Champions”. All members of this small group of particularly successful medium sized companies follow a strict pattern of implementing their global strategies, thus becoming leaders in their respective lines of business. 3B Scientific customers include universities, schools, ministries of health and education, other health and educational authorities, hospitals, practitioners, educational and medical distributors, students and the pharmaceutical industry.CONTACT:3B Scientific GmbH Rudorffweg 8 21031 Hamburg GermanyTel.: +49 (0)40 739 66 - 127 E-Mail: Daniela.Ruege@3BScientific.com www.3BScientific.com

More Releases from 3B Scientific

01-24-2013 | Business, Economy, Finances, B …
3B Scientific
3B SCIENTIFIC SETS UP AFFILIATE IN TURKEY
Hamburg/Germany, January 2013 - Having opened two new affiliates in the European-Asian region, 3B Scientific can indeed look back on a productive year 2012. The establishment of the South Korean affiliate was followed by the opening of the Turkish subsidiary only several months later. In December 2012, the international 3B Scientific Group was enlarged to include a Turkish affiliate and now comprises 13 affiliates outside of Germany. 3B Scientific TR Eğitim
09-11-2012 | Energy & Environment
3B Scientific
FOR THE SAKE OF THE ENVIRONMENT: RECYCLING WITH CLIMATE CERTIFICATE
Hamburg/Germany, August 2012 - Having switched to green electricity at several German sites and reduced its carbon footprint by more than 200 tons annually, 3B Scientific has shown ongoing commitment to its responsibility for the environment. In 2011 it reduced its CO2 emissions by another 12 tons simply by recycling sales packaging. Sorting waste to support recycling has become a matter of course in many households. Hardly anybody would throw glass,

01-30-2019 | Advertising, Media Consulting, …
Market Research Store
Global Machine Vision and Vision Guided Robotics Market 2019 - Cognex, Teledyne …
The new market research study on Global Machine Vision and Vision Guided Robotics Market in-depth market analysis with specific segments such as application, regional markets, end-users, policy analysis, value chain structure, and emerging trends. The Machine Vision and Vision Guided Robotics market report makes a case for investments in particular regions based on a realistic view of their regulatory environment, manufacturing dynamics and availability of skills and resources.The report’s analysis
03-08-2016 | IT, New Media & Software
Dolphin Computer Access
Dolphin’s global vision for accessibility
A UK technology company has travelled to India to share their technology for blind and low vision people with a wider audience. Dolphin Computer Access develops software to enable blind and visually impaired computer users to access technology in the same way as fully sighted users, and celebrates their 30 year anniversary this year. Over that time they have built a global network of users; from visually impaired individuals accessing computers
11-14-2013 | IT, New Media & Software
MVTec Software GmbH
MVTec Presents HALCON USB3 Vision Interface and 3D Vision Technology
As of now, the new universal HALCON image acquisition interface for USB3 Vision is available. This interface will be presented by MVTec in a live demo at the SPS IPS DRIVES in November 2013 in Nuremberg. Furthermore, MVTec will showcase the 3D vision technology of HALCON 11. Key benefits of the new USB3 Vision Standard are the high bandwidth in excess of 350 MB/s and an easy-to-use plug and play
06-18-2012 | Industry, Real Estate & Constr …
More Control UK Ltd
Modern Vision Innovations with the Omron FZ Vision Sensor Range
Learn the advantages of the Omron FZ Vision Sensor and Vision Sensor applications for modern automation and manufacturing. Application uses range from simple detection systems, to complete vision inspection control solutions to ensure company production lines are fault free. Vision inspection systems are used all over the world in the manufacturing and automation production processes for inspection, identification, measurement, tracking and counting to ensure quality control in many industries. Vision
12-18-2010 | Business, Economy, Finances, B …
My Premier Business Today-MPB Today
MBP Today Vision and Mission
My Premier Business Today - What is the difference between someone who just merely dreams and someone who makes their dreams come true? It’s about having a dream and pursuing it with gusto until it comes to fruition! Working with us is not just about dreaming, it’s about pursuing those dreams and making them happen, no matter how big or small. Nothing is more powerful than an idea whose time has
11-28-2007 | IT, New Media & Software
EXECOM
EXECOM-Chess Joint Vision
EXECOM headquarters, Novi Sad, Serbia (November 22-23, 2007) – Working together and successfully delivering software projects, two European companies, EXECOM and Chess, have added greater value to their partnership. By presenting the company, customers’ expectations and software building process to the whole EXECOM team, Chess has shown respectably wide mindset. Outsourcing indeed requires full commitment of parties involved. “This is a great example of process improvement between business partners” said
Comments about openPR
OpenPR ist the nicest and most clearly laid out PR platform I have seen to this day. The press releases are displayed very nicely and clearly and without any unnecessary frills. The updates are fast and the finished release looks appealing and is clearly legible. Even with 16 years of experience one discovers new things from time to time. Congratulations!
Gabriele Ketterl, Director Marketing & PR, Menads