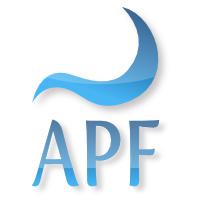 The free Adventure PHP Framework in version 1.16 has been released. The framework is designed to assist the developer with the implementation of object oriented and reusable PHP based web applications and encourages the use of design patterns. The present release contains several optimizations that gain flexibility and development speed. Besides it contains several new features regarding forms, the user management module and the shipped tools.The biggest change in release 1.16 was done behind the scenes affecting one of the key components of the APF: the tag parser. With the new style of tag definition naming and reusability of tag implementations has been improved considerably. Further, the performance has been increased by 10-10%.The APF form support now includes a multi-file-upload by Werner Liemberger. Moreover, ReCaptcha - the CAPTCHA service by Google - is supported natively and can be integrated via tag.APF user Coach83 contributed the implementation of the roadmap feature permanent log-in for the user management module. Users that have logged-in once stay logged-in even after closing the browser.Nicolas Pecher finished the work of Werner Liemberger creating a new set of file system tools. The APF now contains a brand new abstraction for accessing folders and files.Besides the changes listed above the release contains several bugfixes and enhancements.The Adventure PHP Framework is licensed under the LGPLv3 and can be downloaded from the APF web site.The Adventure PHP Framework (APF) understands itself as a utility to implement object oriented and generic PHP web applications. It supports the developer in creating programs in compliance with approved software design patterns. Its code base already has answers to many day-to-day problems. The framework cannot be described as an application that only has to be configured but rather as a technical basis and guide for designing software. Furthermore it introduced many concepts and efficiency tools already well known in the JAVA community.adventure-php-framework.org - the open source framework projectChristian Achatz Beethovenstraße 31 85622 Feldkirchen bei MünchenE-Mail: christian.achatz@adventure-php-framework.org Webseite: adventure-php-framework.org

10-25-2018 | IT, New Media & Software
Tactionsoftware LLC
Best Custom PHP Development Company
How to find top PHP development companies? Here is the list of top PHP developers that offer professional PHP web app development services. When it comes to web and software development, PHP is the preferred choice as it is a robust platform that helps build feature-rich solutions. But to have a customized and highly efficient solution, a software seeker must hire only the best PHP developer. With thousands of PHP
01-31-2014 | IT, New Media & Software
APF
Adventure PHP Framework (APF) 2.0 released
The APF team is proud to announce the first stable release of the 2.X series after more than 9 months of intensive work on code, documentation and project management! APF release 2.0 is a huge milestone in history of the framework and smoothes the way for new functionality to come. Download the new version today and benefit from various new features! The biggest change of this new version is about the totally
04-13-2012 | Business, Economy, Finances, B …
Concept Infoway Private Limited
PHP Application development India
PHP programming is an open source scripting language, which is not complicated. Today various websites use PHP programming because the open source platform makes the language quite flexible enough for making modifications in the coding of any website and adding any new application, which is an open source of many languages. Concept Infoway offers affordable PHP Application development India solutions that are used for dynamic building of the websites. PHP
02-16-2012 | IT, New Media & Software
OpenXcell Inc.
PHP gets better with Zend
The Zend framework for PHP is one of the best frameworks available to the web developers today. Besides saving lot of precious time, Zend offers various beneficial features that allow developers to build complicated websites with ease. As Zend PHP requires lesser coding it has become a preferred tool for developers to develop rapid applications and give structure to intended projects. In short Zend integrates all the goodness of PHP
01-25-2011 | IT, New Media & Software
Tis India
Dedicated PHP Programmers - outsourcing PHP web development in demand
Outsourcing PHP development services & hiring dedicated PHP web developers are emerging as ideal options for offshore customers looking to have a usable dynamic website. Whether it is building the website from scratch or upgrading an existing website, the dedicated PHP developers of Web Development Companies in India has set new benchmarks and enjoy a long track of successfully accomplished projects. Since today, PHP is considered as one of the most
12-15-2010 | IT, New Media & Software
Tis India
PHP Web Development - Hire PHP developer or PHP Programming services & Get SEO F …
Hire a PHP developer or a Joomla developer and get basic SEO services worth $75 absolutely free at one of the most renowned web development company TIS India. These expert PHP web development services are offered so that our clients can make their websites reach their target market globally for free. The offer is valid till December 31, 2010. Anyone who places an order for website development worth 1000+ is
Comments about openPR
9 o'clock: discuss press release with client, 10 o'clock: submit release to openPR, within the briefest possible time release is published and displayed in a prominent place on openPR.de. I am thrilled!
Zehra Spindler, Calypso Now! - Communication Agency