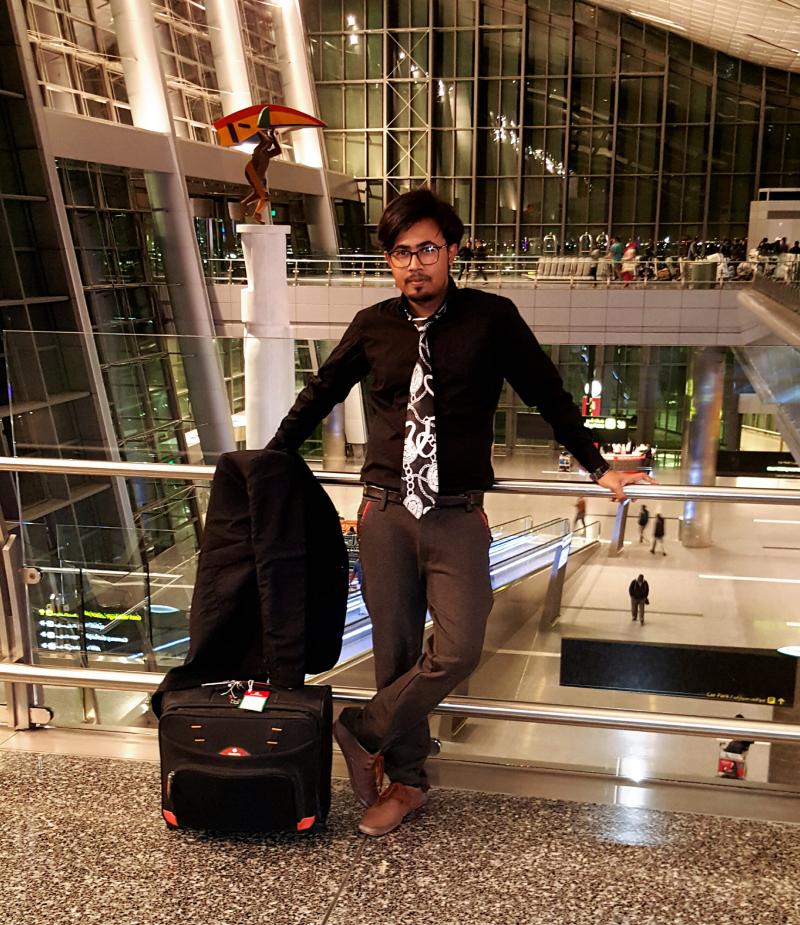 Mehdi Hasan Maruf is a Bangladeshi musical artist, music composer, and songwriter. He was introduced to the music industry to launch his first soundtrack "Sotter Poth" on SoundCloud first. After some days he released his music on different music platforms like Spotify, YouTube Music, Apple Music, iTunes, Amazon Music, JioSaavan and many other international platforms like Deezer, Tidal, and Napster. You can get his music on Instagram and Facebook library also. Some of them His music become hype among the young peoples. His energetic music composition really shines like a star. He has already got verified on some leading music streaming platforms among the mentioned. Recently he has also verified on YouTube as a musician artist. He is continuously trying to release more and to be regular in his job! He now wishes to be a part of Bangladesh’s upcoming Music industry and claim notable rank on the leaderboard.Early life and Education: Mehdi Hasan Maruf was born in Dhaka, Bangladesh. He spent his childhood there. Maruf attended B.N. School in Dhaka up to the tenth grade. He finished his higher secondary in 2008 at Dhaka Commerce College (DCC) and his undergraduate was completed from City Unity College, Greece in the year of 2013.Personal Details: Birth Of Date: February 18, 1991 Birth City: Dhaka Current City: Mirpur, Dhaka Hometown: Dhaka Height: 5.6" Gender: Male Ethnicity: Bangladeshi Eye Color: Brown Father’s Name: Kamal Uddin TalukderMehdi Hasan Maruf is one of the most popular Musicians & Digital marketers out there. He is also a marketing expert and a social media campaigner by profession. Mehdi Hasan Maruf believes that “It’s either my way or the highway”. He has been creating a lot of meaningful and authentic content for his audience. According to him, passion comes from within and one must be passionate enough to do something meaningful in life. He has traveled to so many places in the country and has collaborated with many well-known brands for social media campaigns. The campaigns he works on majorly have a high return on investment and he thoroughly loves being a social media influencer and a campaign creator. He has also helped some international clients and brands to grow their business on social media through Instagram marketing.MH Media 1006, East Shewrapara, Flat-A2, P/O- Mirpur, Postal code- 1216, Dhaka, Bangladesh. Cell No- +8801717766008 Email: contact@mehdihasanmaruf.comMH Media is one of the popular news aggregator in Bengali language. It covers the stories from 50+ sources around the globe in almost real time including breaking news, politics, sports, technology, business, entertainment, opinions, videos etc. Our readers do not miss any story from 3000+ headlines we produce everyday.

02-01-2012 | Media & Telecommunications
Drishti Soft Solutions
Drishti diversifies its market presence in Bangladesh by partnering with GPIT
Drishti-Soft, a leading provider of software solutions, and GPIT Bangladesh, the IT offshoot of Grameenphone, join hands to capture the emerging business opportunities in Bangladesh. With a presence in the region for more than three years and partnering with GPIT, Drishti is on a growth trajectory and creating a global business network. Sharing his views on the partnership developed, Mr. Mehedi Maruf (Head of Market Communication), GPIT, says, “The call center
Comments about openPR
We publish our press releases on openPR.de because we like people who are "open" - just like us.
Frank Obels, CEO, INCONET - Informationssysteme, Communication und Netzwerkberatung GmbH