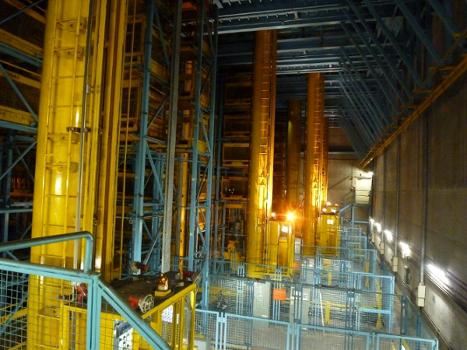 An old Trimble ICS5000 in the Box Storage System of SuperTerminal 1 is retrofitted.