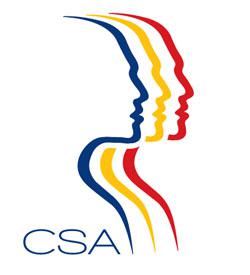 Describing 21st Century humans as homo virtualis (the Virtual Ape) Hammond told the 1,500-strong audience that computers will become as capable of problem-solving as humans at some point around the middle of the century.
“After that happens it is impossible to guess what might be possible,” said Hammond. “Shortly after computers become as capable as a human mind exponential technology development means they will soon become twice as capable of humans, then four times as capable, then eight times, sixteen times and so on. We futurists call this point in human development the ‘Technological Singularity’ because, like the singularity of a black hole in space, it is impossible to see or surmise any information from beyond that point in time.”
Lots of people were worried by Ray Hammond’s virtual ape vision of the future, but at the same time they were enthralled and joined the conversation with such tweets as:
#Futurist Ray Hammond at #TEDxSalford – now that’s what I call a TED talk!
#Ray Hammond excellent talk. Definitely my highlight of TEDxSalford.

Ends
Ray Hammond’s lecture at TEDxSalford will shortly be available for global viewing on YouTube.
Ray Hammond is represented globally for all speaking enquiries by CSA Celebrity Speakers
For more information on Ray Hammond please contact Dagmar O’Toole on +44 1628 601 462 or email her at dagmar@speakers.co.uk

CSA Celebrity Speakers Associates has an established reputation of over 25 years operating from 17 offices around the world. CSA is entrusted with the management of speakers’ services, who are among the world’s most outstanding personalities from the field of professional business, academia, politics, sports and adventure, entertainment and the arts.

03-02-2016 | Fashion, Lifestyle, Trends
CSA - Celebrity Speakers Ltd
Iron Maiden flown by lead singer Bruce Dickinson on World Tour 2016
Burnham, UK, February 2016: Iron Maiden frontman and Cardiff Aviation chairman Bruce Dickinson has completed his 747 pilot training, ready to fly the band on their The Book of Souls world tour on board Ed Force One. Bruce Dickinson said of flying the band on tour: ”I can’t wait to tour the globe once more, sat in the best seat in the house.” The tour, which started on
04-11-2014 | Business, Economy, Finances, B …
CSA - Celebrity Speakers Ltd
Adam Rickitt, Actor, TV Personality, Host and Political Commentator, now Exclusi …
Burnham, UK, April 2014: Adam Rickitt first shot to fame when he appeared in one of UK’s favourite television programmes, Coronation Street playing the role of Nick Tilsley. Adam has also had a Gold selling album and a mixture of high profile stage and screen roles in the UK and Australasia. Adam can currently be seen on TV as part of The Big Reunion. Adam is a Prospective
11-12-2012 | Sports
CSA - Celebrity Speakers Ltd
Dan Hunt, Great Britain Olympics Cycling Coach and Inspirational Speaker now exc …
Burnham, UK, October 2012: Dan Hunt is an outstanding Olympic coach. Throughout his 5 year coaching career he has coached cyclists in individual and team events to Gold medals at Commonwealth Games, European Championships, Track World Cups, World Championships and the Olympics at Beijing 2008 and most recently at London 2012, where the team smashed all previous records. Full of inspiration and examples of a relentless quest for quality and refusal
10-10-2012 | Leisure, Entertainment, Miscel …
CSA - Celebrity Speakers Ltd
General The Lord Dannatt, GCB, CBE, MC, DL, acclaimed global leadership speaker, …
Burnham, UK, September 2012: Lord Richard Dannatt is one of the most successful Generals of our times. Highly respected by his peers and governments, he was the professional head of the British Army, and was an advisor to the David Cameron defence team in 2009/2010. A frequent and popular commentator on current affairs and security issues, his views regularly feature in the media. Drawing from his