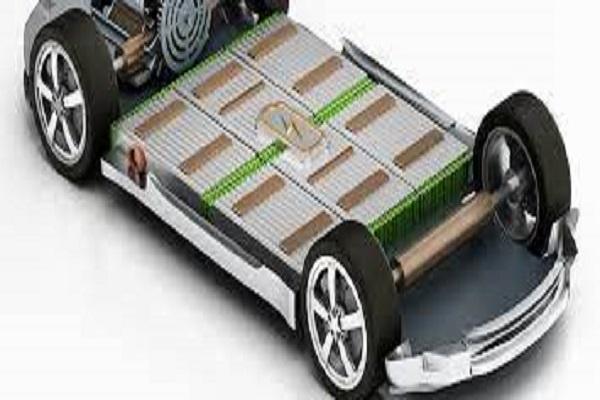 “The rising demand longer ranged electric vehicles will boost the demand for automotive solid-state car battery market.”The global solid-state car battery market size is projected to grow from 27,070 units in 2025 to 661,724 units by 2030, at a CAGR of 89.5%. Factors such as increasing demand for electric vehicles around the world, higher battery capacity and EV range using solid-state car batteries and other features of SSB’s like higher battery life, higher energy density and better safety features compared to presently used lithium ion batteries. The growing concern for larger distance commuting using EV’s will also boost the market.Request Sample for this Report @ https://www.reportsnreports.com/contacts/requestsample.aspx?name=4669055A major concern for EV users is the lower range of vehicle on a single charge. This issue has been a major factor reducing the growth of the EV market. Compared to EVs using conventional lithium ion batteries, those installed with solid-state batteries are expected to have a significantly higher range due to the high battery density. Solid-state batteries can theoretically store twice as much energy as that in lithium ion batteries. Thus, various top EV manufacturers are investing in this technology. An EV installed with a solid-state battery according to various industry experts can have an approximately 600+ mile electric range.“Passenger Car Segment is expected to be the largest market in the vehicle type segment in the forecast.”Passenger cars and a small part of commercial vehicles are considered under vehicle types in the automotive solid-state battery market due to the growing demand for premium electric cars. The demand for other electric cars and commercial vehicles using solid-state batteries will increase in the coming years once solid-state batteries are commercialized to be used in automobiles. Asia Pacific is expected to be the market for passenger cars, followed by Europe and North America. This is due to the strong government support for the adoption of electric passenger vehicles in the region. North America to be the fastest-growing region with a fast-growing demand for premium electric vehicles which will use solid-state batteries in the coming years. The market in Europe is expected to grow in the coming years. This is due to strong emission regulations and a variety of subsidies, grants, and incentives for adopting EVs in countries such as Germany, France, Netherlands, Norway, Sweden, and the UK. The demand for solid-state batteries in electric vehicles will be growing with the increased demand for EVs and the mass production of automotive solid-state batteries.“Asia is expected to be the largest market during the forecast period.”The Asia Pacific solid-state car battery market will be led by countries such as China, Japan, and South Korea. The governments of these countries have supported the growth of EV demand through subsidies, favorable policies for EVs and discouraging the use of petrol. This will lead to a fast-growing demand for solid-state car batteries in the region once they come into the market. Premium EVs using solid-state batteries will be launched in China and Japan, followed by South Korea and India. Growth will be slower in the initial years but will speed up after 2026. India will be the fastest-growing market in the region due to current and upcoming EV policies. Japan will also be one of the fastest-growing markets in the region due to top OEMs such as Toyota, Nissan, and Mitsubishi and battery manufacturers working to develop solid-state batteries.Purchase Report @ https://www.reportsnreports.com/purchase.aspx?name=4669055Corporate Headquarters Tower B5, office 101, Magarpatta SEZ, Hadapsar, Pune-411013, India. + 1 888 391 5441 sales@reportsandreports.comReportsnReports.com is your single source for all market research needs. Our database includes 500,000+ market research reports from over 95 leading global publishers & in-depth market research studies of over 5000 micro markets.

You can edit or delete your press release Solid-State Car Battery Market Size Grow to 661,724 units by 2030 here

10-20-2021 | Industry, Real Estate & Constr …
ReportsnReports
Smart Laser Shaft Alignment System Market Growth, Trends, Outlook and Key Player …
Smart Laser Shaft Alignment System Market report involves the drivers and restraints for the market that are derived from SWOT analysis and also shows all the recent developments, product launches, joint ventures, mergers, and acquisitions by the several key players and brands that are driving the market are by systemic company profiles. Intricate market insights are turned into a simpler version in this report with the help of proven tools
10-20-2021 | IT, New Media & Software
ReportsnReports
Augmented Reality and Virtual Reality Component Market By Covid-19 Impact On Ind …
The market analysis is focused on primary and secondary data, collected through a systematic approach to research. The research methodology is described in accordance with the business experts and international research standards by professional market analysts. To draw the conclusion on the macroeconomic business climate, economic, political, and environmental regulations for the Augmented Reality and Virtual Reality Component Market are examined. Download a Free Sample Copy of Report at https://www.reportsnreports.com/contacts/requestsample.aspx?name=4279230 Augmented reality
10-20-2021 | Industry, Real Estate & Constr …
ReportsnReports
Excavator Pulverisers Market to Witness Huge Growth by Key Players: ASTEC, Promo …
Global Excavator Pulverisers Market 2021-2027, has been prepared based on an in-depth market analysis with inputs from industry experts. The report covers the market landscape and its growth prospects in the coming years. The report includes a discussion of the key vendors operating in this market. An exclusive data offered in this report is collected by research and industry experts team. Get Free Sample PDF (including full TOC, Tables and Figures)
10-20-2021 | Health & Medicine
ReportsnReports
Medical Device Outsourced Manufacturing Market Trend, Growth, Outlook and Key Pl …
Medical Device Outsourced Manufacturing Market research report contains a complete background analysis of the industry, which includes an assessment of the parental market. All the statistical and numerical that has been forecasted in this business report is represented with the help of graphs, charts, or tables which makes this report more user-friendly. The report contains a thorough description, competitive scenario, wide product portfolio of key vendors, and business strategy adopted