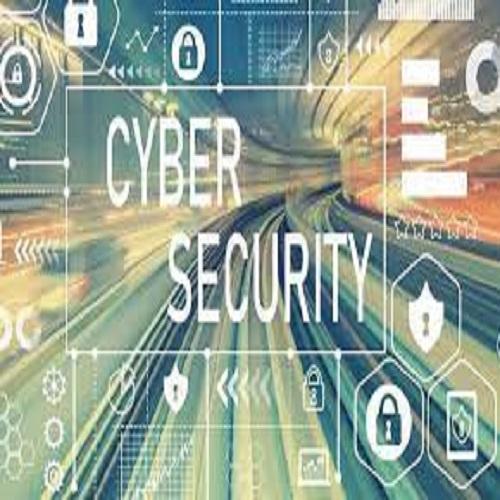 “Increase in rail projects for urban transportation and growing demand for convenient transport to fuel the demand for railway cybersecurity”The global railway cybersecurity market is estimated to grow at a CAGR of 9.4% from USD 6.2 billion in 2021 to USD 10.6 billion by 2027. Major factors driving the railway cybersecurity market include adoption of IoT as well as automation technologies to enhance efficiency in optimization of railways and increasing number of government initiatives and PPP models for modernization of railways. However, the capital-intensive nature of implementing connected technology is inhibiting the growth of the railway cybersecurity market.Request Sample for this Report @ https://www.reportsnreports.com/contacts/requestsample.aspx?name=2303337Asia Pacific is estimated to have the largest share of the market by 2027. The presence of OEMs such as Thales Group (France), Siemens AG (Germany), Alstom (France), Wabtec (US), and Nokia Networks (Finland) and their investments in rail cybersecurity is one of the major factors fueling the growth of this market at a global scale. These companies offer an extensive range of products & solutions and have strong distribution networks worldwide. The key strategies adopted by these companies to sustain their market positions are new product developments, collaborations, and contracts & agreements. The railway cybersecurity market in different regions is dominated by regional vendors.“Data protection segment to grow at a significant rate during the forecast period.”Data protection segment is estimated to be the fastest-growing segment of the railway cybersecurity market. The demand for data protection is high across regions. This is because of increasing data generation from processes in railways such as ticketing, passenger information collection, and railway information collection. Due to data analytics tools, the importance of data has increased tremendously as it helps make railway operations more efficient and profitable. Moreover, European regulations such as GDPR have further increased the demand for data protection. Hence, the increasing growth and importance of data in railways drives the need for data protection.“Passenger train segment to grow at a higher cagr during the forecasted period”The passenger trains segment is expected to lead the railway cybersecurity market. The security of the passenger rail network is more complex than the freight segment as there is an open infrastructure, multiple access points, and a vast user base. In recent times, cities such as London and New York have been prone to passenger railway cyberattacks on their rail networks, which has highlighted the importance of railway cybersecurity. Governments across the globe are encouraging cybersecurity solutions for their passenger and freight railways. For example, in April 2020, the US Government Accountability Office released a report containing the assessment of passenger railway cyberattacks in the US and the European region and passed guidelines to limit them. These government initiatives are expected to fuel the growth of the railway cybersecurity market during the forecast period.Europe is expected to be the largest market for passenger rail cybersecurity. The market growth in the region can be attributed to the increasing demand for comfort and safety and the resultant development of advanced technologies that increase the comfort levels of passengers and reduce intercity travel time. The European Commission is focused on streamlining the rail sector in the region due to the strong passenger rail sector. Horizon 2020 is one of the most prominent programs launched in the region that would transform the rail sector in terms of digitalization as well as cybersecurity.The market in Asia Pacific is expected to witness the highest growth during the forecast period. The growth of the market in this region can be attributed to the growing demand for cybersecurity solutions for passenger rail in countries such as India, Japan, Korea, and China. The Hong Kong rail network designed for mass transit services is equipped with safety-critical systems. Thus, the growing demand for cybersecurity systems due to government initiatives is also fueling the growth of the passenger rail network and thereby the railway cybersecurity market.Purchase Report @ https://www.reportsnreports.com/purchase.aspx?name=2303337Corporate Headquarters Tower B5, office 101, Magarpatta SEZ, Hadapsar, Pune-411013, India. + 1 888 391 5441 sales@reportsandreports.comReportsnReports.com is your single source for all market research needs. Our database includes 500,000+ market research reports from over 95 leading global publishers & in-depth market research studies of over 5000 micro markets.

You can edit or delete your press release Railway Cybersecurity Market to Reach USD 10.6 billion by 2026 here

07-28-2020 | Tourism, Cars, Traffic
Khoja Consultants
$100,000,000 USD job contract for travel - $3,000,000 USD referral commission.
Khoja Consultants invites companies, teams or venture capitalists for a $100,000,000 USD contract for travel. The selected company will be providing all accommodations and expenses for a 6-month long business trip around the world. Khoja Consultants expects five-star treatment including close security with private planes, hotels, secured vehicles and helicopters if necessary. More details on the job contract and application are provided at - www.KhojaConsultants.com. There is a $3,000,000
06-19-2017 | Business, Economy, Finances, B …
MarketsandMarkets
Polyurethane Dispersions Market worth USD 2.04 Billion USD by 2020
The report " Polyurethane Dispersions Market by Type (Water-Based Polyurethane Dispersions and Solvent-Based Polyurethane Dispersions), by Application (Coatings, Adhesives & Sealants, Synthetic Leather Production, Fiber Glass Sizing, and Others) - Trends & Forecasts to 2020", The global polyurethane dispersions market is projected to reach USD 2.04 Billion by 2020 at a CAGR of 6.8% between 2015 and 2020. This growth is fueled by the high potential from the textile and
04-13-2017 | IT, New Media & Software
MarketsandMarkets.com
Retail Analytics Market worth USD 5.1 Billion USD by 2020
According to a new market research report "Retail Analytics Market by Business Function (Marketing and Customer Analytics, Merchandizing and In-Store Analytics, Supply Chain Analytics, Strategy and Planning), by Type, by Solutions and by Services - Global Forecast and Analysis to 2020", defines and segments the global retail analytics market on the basis of business function, solutions, services, deployment types, and regions along with providing an in-depth analysis and market size
11-01-2016 | Health & Medicine
iHealthcareAnalyst, Inc.
Metabolomics Market USD 1.24 Billion by 2020
The global metabolomics market is estimated to reach USD 1.24 Billion in 2020, growing at a CAGR of 15.6% from 2016 to 2020, according to a market research report Metabolomics Market 2013-2020, published by iHealthcareAnalyst, Inc. Visit the Metabolomics Market 2013-2020 report at https://www.ihealthcareanalyst.com/report/metabolomics-market/ Metabolomics is the scientific study of chemical processes involving metabolites, whereas metabolome represents the collection of all metabolites in a biological cell, tissue, organ or organism, which
10-31-2016 | Health & Medicine
iHealthcareAnalyst, Inc.
Radiopharmaceuticals Market USD 350 Million by 2020
Radiopharmaceuticals Market 2013-2020 report estimates the global radiopharmaceuticals market to reach nearly USD 350 Million in 2020, at a CAGR of 4.9% from 2016 to 2020 - iHealthcareAnalyst, Inc. Visit the Radiopharmaceuticals Market 2013-2020 report https://www.ihealthcareanalyst.com/report/radiopharmaceuticals-market/ Medicinal radiocompounds or radiopharmaceuticals are a group of pharmaceutical drugs which have radioactivity and they can be used as diagnostic and therapeutic agents. Radiopharmaceuticals are used in the field of nuclear medicine as radioactive tracers
10-19-2016 | Health & Medicine
iHealthcareAnalyst, Inc.
Orthobiologics Market USD 5.8 Billion by 2020
Orthobiologics Market 2013-2020 report estimates the global orthobiologics market to reach nearly USD 5.8 Billion in 2020, at a CAGR of 6.2% from 2016 to 2020 - iHealthcareAnalyst, Inc. Visit the Orthobiologics Market 2013-2020 report https://www.ihealthcareanalyst.com/report/orthobiologics-market/ The global orthobiologics market report provides market size (Revenue USD Million 2013 to 2020), market share and forecasts growth trends (CAGR%, 2016 to 2020). The global orthobiologics market segmentation is based on product types (allograft, bone
Comments about openPR
Your portal is fast, simple, and easy to use. Others may have more functions but they also demand more editing time, you have to preformat the text in order to achieve a good result etc. I think openPR is really fantastic!
Andreas Knepper, wallmedien AG