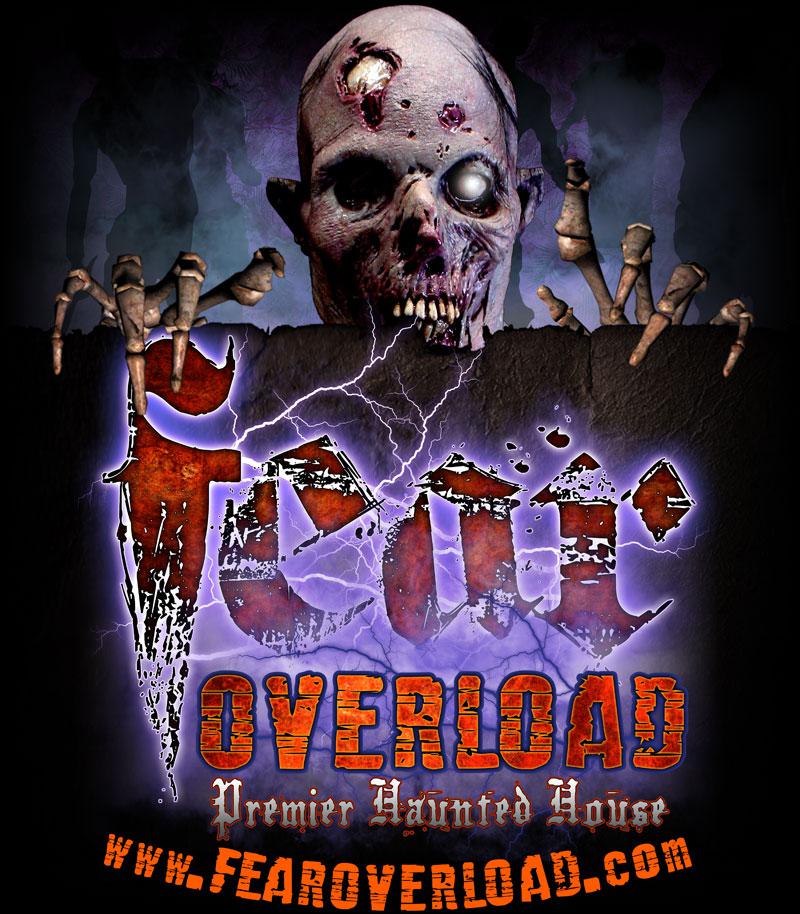 The shrieks and shrills are underway at Fear Overload Haunted Houses, now in its 3rd consecutive year at Bayfair Center in San Leandro. Voted the scariest haunted houses in California by HauntWorld – the largest online haunted house association – Fear Overload raises their own bar in 2012 with two new bone-chilling haunts: Asylum and Insomnia. Asylum portrays an abandoned Insane Asylum from the 1960s. “You will journey through this Insane Asylum in the dark with only one flashlight per group,” Dave Polanco, owner and founder explains. “Using a flashlight allows customers to create their own frightening voyage. Allowing flashlights in a haunted house is a new concept in the San Francisco Bay Area.” Fear Overload’s second attraction, Insomnia, takes place in a grotesque doll house. Vivid nightmares of puppets, clowns, and dolls await you as you travel through this haunted house. “Guests are in for a treat in this house of nightmares we have constructed. My team went wild with imagination to create our most ingenious and visually horrifying attraction yet,” Polanco boasts. Fear Overload has been implanting fear since 1997. Run by scare-experts with over a quarter-century of haunting experience, Fear Overload’s Haunted Houses get at the core of what makes people’s spine tingle. Along with excellent staff, the Fear Overload design team is highly distinguished for their realism and sophistication – all adding up to a masterpiece of Halloween fright. The haunted houses are open select nights from now through November 1st. Doors open at 7pm nightly. A complete schedule of dates and times is available on their website. As always, Fear Overload is proud to be donating a portion of all ticket sales to the Breast Cancer Research Foundation®. For more information, please visit Fear Overload at fearoverload.com or call them at 510-730-2221. Fear Overload Haunted Houses Bayfair Mall (Across from Century Movie Theaters) 15555 East 14th Street San Leandro, CA 94578Fear Overload is a haunted house entertainment company located in the San Francisco Bay Area. Founded in 1997, Fear Overload has since gained critical success as seen on Fox News, CNN, and awarded the Scariest Haunted Houses in California by HauntWorld - the largest haunted house reviewing website. In 2012, Fear Overload will offer two of the most bone-chilling haunted house attractions - Asylum and Insomnia.Fear Overload Haunted Houses 15555 East 14th Street San Leandro, CA 94578

You can edit or delete your press release Scaring Now Through November 1, 2012 here

10-30-2011 | Leisure, Entertainment, Miscel …
Fear Overload LLC
Fear Gets a Huge Upgrade as 3D Technology Fuels the Most Thrilling Haunts in the …
Blood is back in the air as FearOverload has opened its’ doors for a second-consecutive haunting season at Bayfair Center in San Leandro. Through November 1st, from 7pm until late, FearOverload is poised to live up to their “Scariest Haunts in California” title awarded to them by the experts of HauntWorld.com. Thanks to the inclusion of 3D technology, fear literally jumps off the walls causing joyous pandemonium for all who