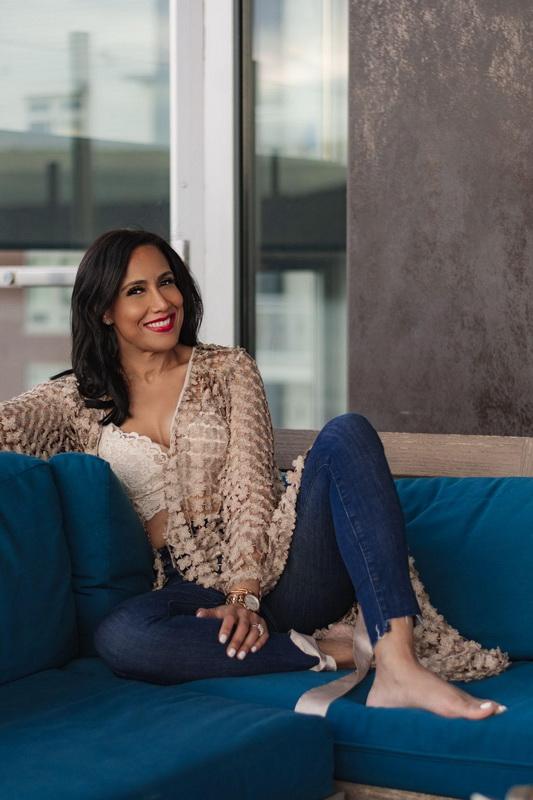 People from all over the world are united in their love and appreciation for the arts. However, society still has a lot of bias and prejudice toward those who wish to pursue a creative profession. Like many others, Raquel Ureña was discouraged by many from having an art-related career. Nevertheless, the determined woman persevered, and she followed her true calling. Now, she is a respected television producer in the industry.The Dominican-American #entrepreneur# grew up in Salem, Massachusetts. Ever since she was a young woman, Raquel Ureña had clear aspirations of becoming a model and television presenter. However, her traditional father was highly opposed to the idea and persuaded her to become a doctor or lawyer. Fortunately, she found mentors who encouraged her and helped her see that she could become whatever she wanted to be. Her television career began in the United States when she interned at Univision 41. She eventually became an associate producer at HBO Downtown Productions and King World, working her way up the ladder.She moved to the Dominican Republic in 1996 and began working as a host at Radio Television Dominicana. Later on, she joined the Telemicro Media Group, where she hosted the station’s special coverages and the popular morning show Vivo en Vivo. On top of that, she anchored the evening news Noticias Telemicro and lent her voice as the official voice-over for sister station Digital 15.Raquel Ureña is not only an excellent television presenter; she is also a trailblazer. For example, she was responsible for creating the US counterpart of Telemicro Media Group called Telemicro Internacional. After having a fruitful career as a television personality, Raquel Ureña decided to elevate her career, this time trying her chops behind the camera as a producer and #entrepreneur# . She founded the film production company NYC Latin Media and produced several shows like the reality show NY Nunca Duerme and the drug prevention and orientation program Salvando Vidas for Telemundo.Motivated by the success of her first venture, the bonafide businesswoman started NYC Latin Media and NYC Talentos. NYC Talentos specializes in teaching adults communications and acting skills. In addition to that, she created an art school dedicated to educating children between the ages of 5-17 called Latin Talent Academy.Aside from scaling her business empire in the television and film industry, Raquel Ureña is also a certified life coach. Taking inspiration from her experiences, the incredible woman vows to create a strong support system for her clients and empower them to achieve their goals. Furthermore, she is an Amazon best-selling author who wrote the motivational piece Preparate para Conquistar. In the coming months, she will be releasing the book F*ck Everyone; Time to Think About Yourself.NYC Latin Media info@nyclatinmedia.com 917-310-2126 www.nyclatinmedia.com www.raquelurena.comIn the future, she plans to travel around the country speaking about the power that following your dreams gives you. More specifically, she plans to share her encouraging message that “Anyone can achieve anything they set their mind to” with a wider audience.

11-15-2018 | Fashion, Lifestyle, Trends
Knicker Locker
'Little Black Lingerie' - Knicker Locker's Christmas Campaign
This Christmas, Knicker Locker will be celebrating the colour Black with our exciting new lingerie collection of Christmas gifts for her. Black is associated with sophistication, elegance and sexiness, and with lingerie, it can create an aura of mystery and intrigue. Instead of the classic "Little Black Dress", we will be creating "Little Black Lingerie" throughout our social media posts and website. We will promoting our new ranges Taboo and Lilianne from
03-29-2017 | Leisure, Entertainment, Miscel …
Magic Star Live by Raquel Mar
Enjoy Pharaos Tomb Game Online With “Magic Star Live”
Game playing at online gambling houses is one of the best ways to keep amused while using the web. The level of enjoyment associated with putting wagers on the best gambling house activities is like no other. In order to try out for real at online gambling houses, you just need to transfer money into your gambling house account. Any time money is being moved over the web. Thus, online
02-20-2017 | IT, New Media & Software
mobinteg
SMIITY highlighted at conference on Religious Tourism
Lisbon, February 20th, 2017: Fernando Pinto, founder of mobinteg, was one of the speakers at the conference "Religious Tourism: Challenges & Strategies", held this Saturday in the Municipal Library of Pombal. SMIITY - SMART Interactive cITY, an application compatible with iOS and Android devices that allows cities to communicate with citizens and tourists, was the featured product. "Portugal has an enormous potential in the field of Religious Tourism. And this year,
12-02-2016 | IT, New Media & Software
mobinteg
SMIITY brings more magic to Óbidos Vila Natal
Lisbon, November 30th, 2016: Óbidos Vila Natal, one of Portugal's most recognized Christmas events, is even more magical thanks to SMIITY. All because all residents and visitors can interact with the different spaces and facilities of the court, through smartphones, smartwatches and tablets. In addition to the access to the agenda of each place, SMIITY user will receive in his cell phone contextual and detailed information about other points of interest
11-29-2016 | IT, New Media & Software
mobinteg
Get to know the Municipality of Valongo...in augmented reality
Lisbon, November 28, 2016 - Mobinteg offered a mobile augmented reality application to the municipality of Valongo: SMIITY AR. The delivery was made last Friday, during the ECOXXI Awards gala. SMIITY AR will give citizens and tourists the opportunity to view the points of interest (POIs) around their smartphone camera, based on their geographic location, which will generate an augmented reality experience. The Smart Cities concept thus gains a new
11-17-2016 | Fashion, Lifestyle, Trends
GTS Distribution
Go GTS Live – The Hobby’s Web Show Now on Facebook Live
The debut of the live streaming web show, Go GTS Live, in March of 2016, marked the first video-based program dedicated to the sports and entertainment collectibles market. This Thursday, November 17th, 2016 - Go GTS Live takes another step in its evolution by streaming its series to a new audience on Facebook Live. A recent announcement by the show’s primary platform, Livestream, has made it possible to seamlessly integrate
Comments about openPR
Your portal is fast, simple, and easy to use. Others may have more functions but they also demand more editing time, you have to preformat the text in order to achieve a good result etc. I think openPR is really fantastic!
Andreas Knepper, wallmedien AG