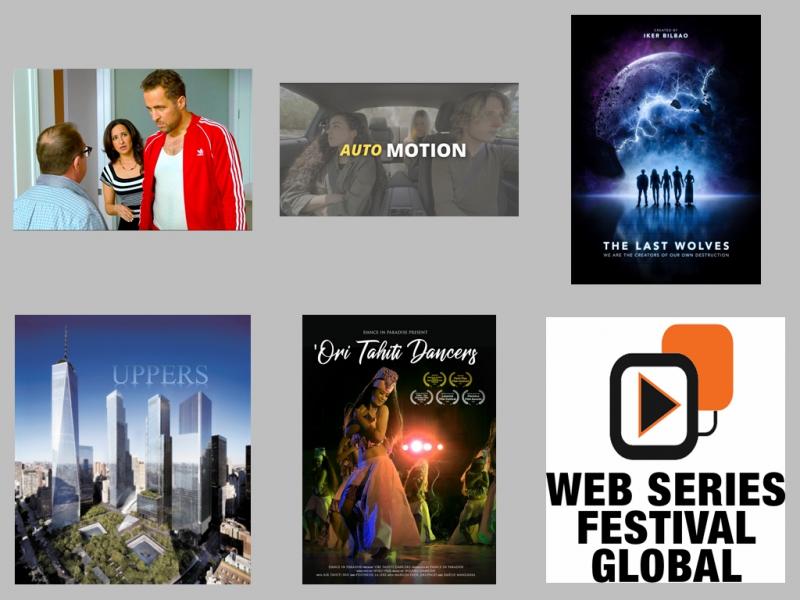 The Best Web Series Content of 2021 The Award winners of the 7th Annual Web Series Festival Global are from a diverse line of creators. The competition was fierce and from around the globe. September 5, 2021 Hollywood California, USA; Web Series Festival Global present an excellent opportunity for content creators involved in crafting web series, pilots, and scripts to get exposure for their work. These events offer not just the chance of screening to receptive audiences but also prestigious awards, access to seminars and, last but not least, the opportunity to network. In fact, as entrant V Carubia remarked “The biggest prize was just being accepted and considered and I’m entirely grateful for the experience.” For those who may not know what a web series is – it’s a series of thematic videos specifically designed for viewing online, although it is possible to watch them on TV as well. Web series have been around for some time but their popularity has taken off considerably over the past decade as the World Wide Web extends its reach. Modern web series cover a huge range of genres – comedy, drama, animation, sci fi, action, horror, documentary and many more. In fact, if it can be captured on video, it can be turned into a web series! And entered into a Web Series Festival. Celebrating great content has been the motto of Web Series Festival Global since its inception in 2005. This year the Best Web Series Content of 2021 goes to: GRAND PRIZE The Last Wolves – Director Iker Bilbao, Spain. In 2236, a group who has renounced society, will face the extinction of the human race. Trailer Best Pilot Auto Motion – Director Ben Mathews, Hollywood USA Frankie, a self-proclaimed introvert, moves to LA to pursue her dreams of becoming an auto mechanic. Once there, she’s forced to room with siblings, Mason and Alex, who both chase the classic Hollywood dream. Let the clashing begin. Best Script Uppers – Writers Revell Carpenter Molly Ryan, Detroit USA Before the Roy family children in Succession were scrambling for power over their family’s empire, they were being educated and growing up in this society. Except this is the Millennial / Generation Z version of the Roys. Best Web Series The Luxury Rental – Director Narmar Hanna, No. Hollywood USA Real estate agent Jade has one job; Lease a unit to prospective tenants. However, she also has one problem; Overcome the hilarious obstacles that come with the job. We find that luxury is not always what it seems, and you don’t always “get what you pay for.Best Trailer Ori Tahiti Dancers – Directors Nyko PK16 & Hugues Damesin, French Polynesia 1st documentary series on Polynesian dancers from around the world. _______________________________ In total, organizers say there is $5000 worth of awards, including Studio Time, iPitch.tv memberships, laurels, and press coverage. The Grand Prize winner additionally receives a beautiful hand-crafted crystal trophy. Winners should however note that all awards must be used within 12 months of being won. Web Series Festival Global is an IMDB official event (http://www.imdb.com/event/ev0003670/). _______________________________ What Creators are saying:An outstanding celebration of content creators at the 7th Web Series Festival Global. Sean Perez - “Great festival and easy to communicate with which is something i value.” Thomas Brazzle - “A great team and great opportunity to connect with others work and have yours seen & great communication.” Carmen Lamar - “As an actor and performer, it's wonderful to be able to show that independent projects, like my web series, are being honoured.” Kevin Jackson - “Great festival. I love the fact that they communicate with their participants and respond in a timely manner. I love that they appreciate culturally diverse stories.” Jennifer Nash - “I felt like the people running this festival were so communicative, helpful and friendly!” Josh Blaine - “They have a nice website and do a great job of promoting their noms. Hope y’all continue to thrive.” Peter Lloyd - “Excellent, proactive festival, and great communications with the organizers.” Michael Roth - “Web Series Festival Global ¬¬¬was the first festival to call THE WEB OPERA an official selection and send laurels our way - first recognition is always kind of the sweetest, thanks to all for that.”Contact: Contact name: Amanda Fox Email: info@webseriesfestivalglobal.com Web Series Festival Global Address: 2355 Westwood Blvd. LA CA 90064 USA Website: www.WebSeriesFestivalGlobal.comABOUT: Web Series Festival Global was established in 2015 by a small group of dedicated entertainment media personalities with a keen desire to help web series creators, and fans of web series, celebrate great content. Fittingly located in Hollywood, the epicentre of the global film industry, Web Series Festival Global has successfully launched the careers of many talented web series producers. Each year organizers continue to be impressed by the growing depth and breadth of artistic creativity being submitted for consideration. It’s positive proof that modern web television mediums like web series are forging ahead in leaps and bounds.