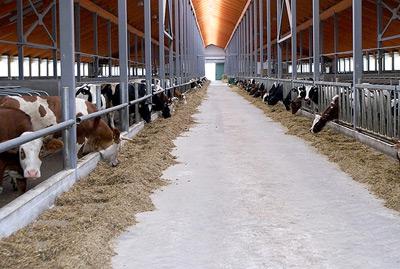 Ukraine and Latvia are hastily rescheduling deadlines for their biogas projects, with countries’ governments failing to provide opportunities necessary for development of the industry, while Russian government launches construction of 30 large-scale biogas plants. 2012 trends in biogas industry are establishing contrary to experts’ prognoses. As «Latvijas Reitingi» news agency states, in Latvia in 2011 production of electricity from alternative energy sources, predominately biogas, dropped down from 42% to 15%. In addition, Latvian government has significantly reduced its support of biogas projects, in spite of its ambitious plan to shift to electricity produced from biogas by the first of July, 2013.Back in 2011, Latvian Ministry of Economy announced that in 8 years alternative energy will comprise 40% of the total amount of country’s energy consumption, while restructuring will be achieved through increase in amount of biomass and biogas production. Although the level of alternative energy production in Latvia is greater than in most EU countries, currently biogas industry in the country is in the state of decline.Yet, a biogas company in Russia, Latvia’s neighboring country, launched a construction project of 30 large-scaled biogas plants, financed and supported by Russian government Duma.“Last year we signed the contracts that defined this year’s construction projects. At this point we’re processing documents for 30 biogas plants,” – announced company representatives.Vladimir Gudenev, a vice-chairmen of the Committee on Industry spoke in support of biogas industry development in Russia: “Production of energy from biogas has an impressive potential for Russia and its funding should be taken into consideration. Legislation in support of alternative energy production is crucial, with the emphases on biogas.” This month, the construction of the largest biogas plant in Russia is taking place in Romodanovskoe village (Mordovia). Biogas plant, with capacity 4,4 Mwatt, will process wastes of a livestock farm. As information agency RBK Ukraine states, biogas tariff was adopted and called off soon after its validation in Ukraine three times in past three years. Yet another attempt to pass “green tariff” for electricity produced from biogas took place in 2012, followed by drastic reduction of governmental funding of the industry. According to current legislation, the tariff will be adopted on the first of January 2013. According to information provided by ForUm news agency, National Energy Regulation Commission of Ukraine is determined to change its top management. NERC’s managing director Nikolay Pashkevitch will be fired from the agency due to active interference in adoption of “green tariff” for biogas and financial sympathies for companies, whose ownership is tied to the secretary of the National Security and Defense Council of Ukraine Andry Klyuev. NERC’s funds, provided by Ukrainian government, where mostly used to support solar energy projects of Austrian company Activ Solar and such. Thus, along with the drop-down in alternative energy production, in 2012 Crimea established itself as the country’s leading region in renewable fuels. Despite the uncertainty of the government’s course, Ukrainian company “Zorg Biogas Ukraine,” announced the development of a new technology for biogas production that significantly improves the capacity of biogas technologies. Company’s "know-how" employs preliminary tank of a biogas plant as a feeder and as a hydrolysis reactor of aerobic type.About ZORG:ZORG executes full range of engineering services within biogas industry. The company designs and builds biogas plants under German state-of-art technology and know-how license.ZORG works on a global scale: company’s projects have been successfully implemented in 12 countries, such as Kazakhstan, Ukraine, Latvia, Turkey, Russia, Moldavia and Indonesia.Zorg Biogas AG Address: Uetlibergstrasse 132, CH-8045 Zürich, Schweiz +41 44 5080081 +41 44 5080082 +41 44 5080083 +41 44 5080084 +41 44 5080085 E-mail: biogas@zorg-biogas.com Web: http://zorg-biogas.com