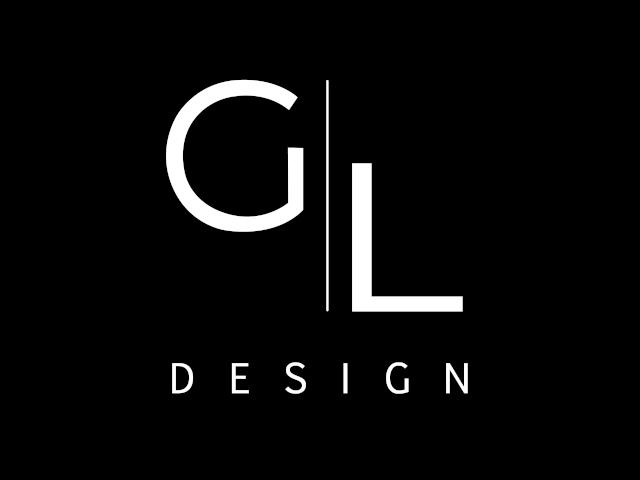 Stamford, Conn, USA, August 18, 2021 -- The longtime Stamford company known as Greenwich Living Antique & Design Center has a new name, a new look and a new location. Now called Greenwich Living Design, the firm relocated in June into a 22,000-square-foot, state-of-the-art facility at 375 Fairfield Avenue, where it will anchor Stamford’s burgeoning Waterside Design District, alongside Stark Carpet, Holly Hunt and Schwartz Design Showroom, just to name a few.The move is a mere five minutes from its former location on Canal Street, but it brings with it many internal and external changes for the family-owned and operated gallery, chief among them its place in the Stamford Waterside Design District, a creative neighborhood and shopping destination dedicated to interior design and architecture and serving decorators, designers and design-enthusiasts alike.Greenwich Living Design is the first art, antiques and design gallery in the District. Its space – on the first and second floors – is filled with rare and important furniture and home décor by iconic and lesser-known designers from the 18th through the 20th century, with a focus on 19th century French design and 20th century works. The gallery is home to various styles and periods, including those in the Hollywood Regency and Mid-Century Modern style.Recent installations feature Maison Jansen, Gio Ponti, Phillip and Kelvin LaVerne, Francois Linke, Ueli Berger, Massimo Vignelli, and many more. Rare case/storage pieces and important seating are elegantly highlighted and sit elevated among other works in installs throughout the gallery. Both floors are invitingly open-concept and are filled with eye-pleasing natural light. Installations are often changing as new inventory from well-known design firms and creators is carefully sourced for the gallery.“When the business existed as Greenwich Living Antique & Design Center, its focus was mainly on traditional décor and antiques,” said Nick Pizzichillo, Greenwich Living Design’s Gallery Manager and son of company founder Sam Pizzichillo. “But now, we’ve re-introduced the brand and diversified our inventory, with Mid-Century Modern pieces and contemporary artwork.”Sam’s father actually started the business as a rubbish removal company, which would slowly grow into a small antiques business. It was while cleaning out houses in Brooklyn, New York that he developed a passion for certain furniture and home décor. His interest in lower-end, newly manufactured furniture quickly developed into a fascination with important antique works. His travels as an estate liquidator would often take him to the fledgling but rapidly growing Stamford antique district. Then he went on a personal sourcing trip to Buenos Aires, Argentina.“It was there that I turned my admiration of antique works into what would become one of the largest single-owner antique and design gallery in the country, Greenwich Living Antique & Design Center,” he said. “I built an impressive collection of 19th century French works, largely those by Maison Jansen, plus I was an antiques dealer at a local antique mall, occupying just three small booths.”Fast forward five years later, when he would populate an entire 40,000-square-foot design center and a storage facility and build out a team of twelve people to help him transform his small business into a design forward, client-focused design gallery. Sam is still very hands-on, overseeing with his son Nick the shift to a trimmer business name and more built-out model.To auction, consign or sell one piece or a collection, you may call Greenwich Living Design at 203-274-5130; or, you can send an email to sales@greenwichlivingdesign.com. To learn more, please visit www.greenwichlivingdesign.com.Nick Pizzichillo Greenwich Living Design 375 Fairfield Avenue Stamford, CT 06902 (USA) (203) 274-5130 sales@greenwichlivingdesign.com http://www.greenwichlivingdesign.comThe mission at Greenwich Living Design is to energize, rejuvenate and inspire through timeless design. The company has served tastemakers and the design-forward community for twenty years and has worked with some of the top decorator/designers in the country. It is widely known for having some of the most important furniture and high-end home décor, along with unmatched customer service. GLD is there because of its design-forward clients, and it is mindful of that in every aspect of the business. To learn more, visit www.greenwichlivingdesign.com.

You can edit or delete your press release Greenwich Living Design is The First Art, Antiques and Design Gallery in Stamford's Burgeoning Waterside Design District here

01-17-2019 | Business, Economy, Finances, B …
IMARC Group
Global Alternators Market Trends to 2023 Profiling Stamford, Mecc Alte, Leroy So …
The global alternators market has experienced moderate growth in the past few years. The factors facilitating the market growth include growing industrialization, expansion of automobile industries and rising demand for electricity. As per the latest report by IMARC Group, titled “Alternators Market: Global Industry Trends, Share, Size, Growth, Opportunity and Forecast 2018-2023”, the global alternators market reached a value of US$ 16 Billion in 2017. An alternator is an electrical machine
09-22-2017 | Sports
Market Research Store
Global and Europe Billiard Cues Market 2017 - John parris, Stamford, Craftman Cu …
The report that is written on the titled Billiard Cues Market 2017 covers all the aspects of the global market study. This report has an estimation about the Billiard Cues Market size in terms of value (US$). The report contains the broad segmentation of the market. The report provides the information about the Billiard Cues Market and also forecasts its position in the coming years. This report presents
10-29-2011 | Tourism, Cars, Traffic
Premiere Truck Accessories
Vehicle Customization and Auto Detailing Shop in Stamford, CT, Joins with SEO Ad …
Premiere Truck Accessories, an auto detailing business serving the Stamford, CT, region, recently partnered up with Prospect Genius, a leading online advertising company, to reach area customers in need of truck accessories and general auto detailing services. By signing on with this SEO specialist, Premiere Truck Accessories will be able to help area car and truck owners find them faster when searching on the Internet for auto detailing, windshield glass,
10-10-2011 | Health & Medicine
Connec To Talk
Connec-to-Talk announces opening of Stamford, CT office with Special Presentatio …
“Pivotal Response Treatment (PRT)” lecture to be offered on Thursday, October 20th STAMFORD, CT (October 7, 2011) – Connec-to-Talk, a leading private practice in the speech, occupational, and Applied Behavior Analysis (ABA) therapy fields founded in Wilton, CT, announces the opening of their Stamford location with a special presentation by Ellen Fittro, M.S., BCBA., an authority in the development of individualized skill acquisition plans and behavior intervention plans for children with
07-16-2011 | Industry, Real Estate & Constr …
1-800-Plumber
Master Plumber in Stamford, CT, Announces Name Change to 1-800-Plumber
Formerly Comfort Masters, 1-800-Plumber announces their recent company name change. A plumbing, boiler repair, and water heater service team based in Stamford, Connecticut, 1-800-Plumber offers the same top-quality services now as a locally owned franchise. After operating as Comfort Masters since 2002, this team of plumbing specialists decided to update their company model. In becoming a 1-800-Plumber franchise, they combined the name-recognition of a national brand with their range of plumbing
12-07-2010 | Business, Economy, Finances, B …
Eastman Witter
Malcolm Stamford Joins Eastman Witter as Chief Legal Officer
Eastman Witter announced today that Malcolm Stamford, 53, a partner at Prudential Legal LLP, will join the Firm as Chief Legal Officer, succeeding Henry Witter who will remain as Chief Executive Officer. Mr. Stamford will report to Chairman Donald Eastman and be based in New York. He will also join the Firm's Operating and Management Committees. Mr. Eastman commented, "Malcolm Stamford has been a well respected advisor to boards and
Comments about openPR
9 o'clock: discuss press release with client, 10 o'clock: submit release to openPR, within the briefest possible time release is published and displayed in a prominent place on openPR.de. I am thrilled!
Zehra Spindler, Calypso Now! - Communication Agency