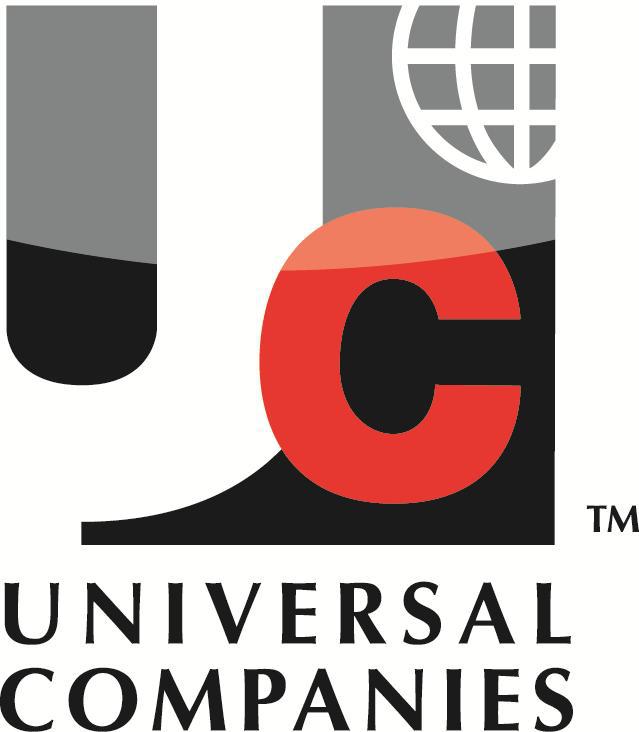 In Two Years Universal Bluford & Universal Daroff Achieve Adequately Yearly Progress (AYP)Philadelphia, PA, September 09, 2012 - Universal Companies, one of the nation’s largest, community and housing development organizations which also manages a number of public schools, recently achieved Adequate Yearly Progress (AYP) with two of its Renaissance Schools: Universal Bluford and Universal Daroff. Both of these schools were a part of the School District of Philadelphia’s (District) Renaissance Initiative, a program to transform chronically poor performing schools. The District converted these schools to charters under private management with the goal of eliminating the opportunity and achievement gaps that these schools have created for their communities and thousands of young people.Working with the District, the community, and the parents, Universal began the transformation of Universal Bluford and Daroff only two years ago and have consistently increased academic performance; student attendance; and has significantly reduced disruptive behavioral incidents. Universal Bluford saw a significant increase in grades 3 – 5 and 6 – 8 in proficiency levels in math and reading and a record student attendance of 91.4%. Universal Daroff saw the same increases in grade level with a record student attendance of 93.4%.In addition to Universal Bluford and Daroff, many of Universal's goals were also achieved for its other renaissance schools, both under Universal management for the past school year: Universal Audenried High School and Universal Vare Middle School. Universal has begun the transformation process at these schools by improving academic performance and standardized test scores; increasing student attendance; significantly reducing disruptive behavior; and attaining an 84% graduation rate for nearly 140 seniors. Moreover, Universal Audenried was removed from the Commonwealth of Pennsylvania’s "Persistently Dangerous Schools" list in accordance with the Federal "Unsafe School Choice Option". In addition to Universal’s Renaissance schools, Universal Institute Charter School continues to make annual academic progress with its seventh straight AYP designation with another graduating class of students going to the elite high schools in the City.“While we celebrate these reports, we have so much work to do to change and ultimately eradicate the "opportunity and academic" gaps that these children, families, and communities have endured for way too long. Universal remains optimistic about the progress of these schools and remain committed to the holistic approach in rebuilding our schools, students and communities,” stated Rahim Islam, President/CEO.Universal’s education vision is to prepare each child for meaningful participation in a 21st century society as productive global citizens. There are many factors that Universal incorporates into its Education Model, which include: highly qualified administrators and teachers who implement research based curriculum and best practices in instruction; a high attention and respect for the school culture and climate; a true partnership with the School Advisory Council (SAC), parents, and community; and the full implementation of the Universal Family and Student Resource Center (FSRC) at each school, which focuses on addressing all students at- risk and families in crisis. The FSRC also provides enrichment services to families and neighboring community residents. The FSRC empowers parents and neighbors with the tools to support their family as well as their children’s pursuit of education.To learn more about Universal Companies, feel free to visit the official website at www.universalcompanies.org or call (215) 732-6518.About Universal: Universal Companies is a not-for-profit community and housing development and education management corporation formed under the direction of one of Philadelphia’s greatest talents, world-renowned lyricist, composer, producer, and philanthropist, Mr. Kenneth Gamble – who continues to serve as its Chairman. Since 1993, under the leadership of its President and CEO Rahim Islam, Universal has been building the organizational capacity to challenge and reverse the effects of urban decline and has become one of the largest and most successful community revitalization movements in the history of the city of Philadelphia.Working in several Philadelphia neighborhoods and neighborhood in other cities, Universal has built more than 1,500 units of affordable and market rate housing and currently manages six K-12 charter schools, with nearly 4,000 students enrolled. Universal operates five school based Family and Student Resource Centers and has begun its launch of a "comprehensive" wellness initiative that will not only deliver quality health services, but also addresses the inferior health infrastructure (i.e. proper health education, access to healthy foods, etc.) that exists in our community. Since its inception, Universal has been a conduit for over $1.3 billion of urban investment and employs nearly 500 professionals with expertise in education, real estate, urban planning, finance, social services and preventative health.Contact: Devon M Allen Universal Companies 800 South 15th Street Philadelphia, PA 19146 215-732-6518 Devon.Allen@verizon.net http://www.universalcompanies.org

01-12-2021 | Science & Education
Lakshya International School
International School in Kakinada | Lakshya School
If you are searching for best school to give a right future for your child then visit Lakshya International School in Kakinada which is having both International Primary Curriculum and CBSE Curriculum Lakshya, is a highly progressive and enterprising international school committed to provide quality education with great emphasis on traditional values. This progressive thinking has led to progressive teaching methods and has brought about a tremendous change in how our
02-21-2020 | Industry, Real Estate & Constr …
ReportsnReports
School Bus Market
A Discount (20%) can be asked before order a copy of School Bus Market Report at https://www.reportsnreports.com/contacts/discount.aspx?name=2939701 The research study on Global School Bus Market organizes the overall perspective of the industry. This incorporates upcoming flow of the School Bus Market together with an extensive analysis of recent industry statistics. It describes the School Bus market size as well as factors controlling market growth. Likewise, the report explains various challenges
08-08-2018 | Advertising, Media Consulting, …
IDIGITALS
School In Vapi - Laxmi Vidyapeeth School Vapi
Choosing a right school for your child is the first step towards their education. A school which teaches important social lessons of life to children is important in this age. Not just for education, a school also helps in the interaction between students of different social and financial background. Nowadays, with the options available it is really very bewildering for parents to choose the best. Good results are not the only
05-15-2017 | Science & Education
EduHappy
EduHappy School Management Software
Nowadays, schools; whether K-12, preschools, Primary, Elementary, High Schools, or even the universities and colleges are having an increasing demand to streamline the learning process while managing the school enterprise resources in an optimum way. School Management Software in our point of view has to integrate three major systems in order to provide the school what it needs from building the school infrastructure in the system to administer the whole school
08-12-2016 | Science & Education
EdProcure
The school procurement process
Schools, like all public sector bodies and larger private sector organisations, conduct their procurement according to budgets. These budgets are set at the top of the organisation’s tree and filtered down to the budget holders who have been given the responsibility to spend this money. Spend being the operative word. School procurement is a little bit like a communist society – spend it or lose it.
09-19-2011 | Science & Education
Gonarezhou Transfrontier Park
School opening ceremony
The development of a new elementary school in Mavue was officially completed on August 11th, 2011. A community meeting was organized in light of this occasion, which had the representatives of the Gonarezhou Transfrontier Park meet with the village chief, representatives of the Gaza Province, representatives of the political party Frelimo, representatives of the border police and local residents. Local residents were very excited seeing the new school and are convinced that
Comments about openPR
We publish our press releases on openPR.de because we like people who are "open" - just like us.
Frank Obels, CEO, INCONET - Informationssysteme, Communication und Netzwerkberatung GmbH