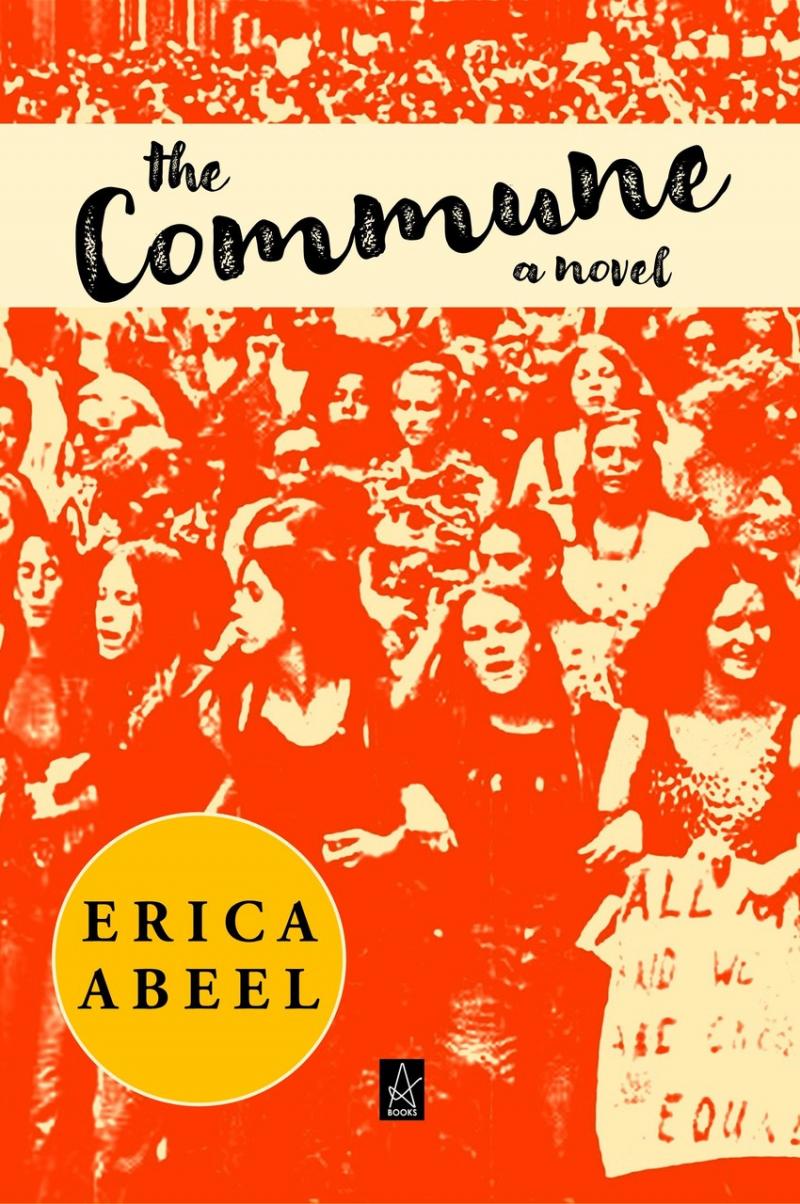 ADELAIDE BOOKS is proud to present the latest work by Erica Abeel: The CommuneHer current novel The Commune is a comic satire and roman a clef that takes us inside the Hamptons commune populated by the newly liberated women present at the creation of the seminal 1970 Women's March for Equality. The Commune's pioneering feminists can talk the talk, but find themselves whipsawed between the bold new ideals of the women's movement and the powerful tug of the past - and therein lies drama.Erica Abeel is the author of five books, including the acclaimed novels Wild Girls (a Notable Book in Oprah Magazine) and Women Like Us, and the [auto-fiction] memoir Only When I Laugh. She writes about women caught on the cusp between convention and change. A former dancer, Abeel is Professor Emeritus of French literature at City University of New York. When not writing fiction, she covers film for online entertainment sites. Abeel treasures time spent with her family. An avid swimmer, she lives in both East Hampton and Manhattan.244 Fifth Ave., D27, New York, NY 10001 USAADELAIDE BOOKS LLC is a New York based independent company dedicated to publishing literary fiction and creative nonfiction. It was founded in July 2017 as an imprint of the Adelaide Literary Magazine, with the aim to facilitate publishing of novels, memoirs, and collections of short stories, poems, and essays by contributing authors of our magazine and other qualified writers.

You can edit or delete your press release New Book by Erica Abeel: The Commune here

02-13-2019 | Business, Economy, Finances, B …
Research Reports Inc.
Bamboo Tables Industry Outlook to 2023 – Dasso, Zhejiang Yongyu Bamboo, Greezu
Feb 2019, New York, USA(News)- Bamboo Furniture House is a single use residential building located in Shifosi Village, China designed by Japanese Architect and 2014 Pritzker Laureate Shigeru Ban. It is one of 12 of the Commune by the Great Wall, collection of buildings in the Yanshan Mountains overlooking the Badaling section of the Great Wall of China. The home was completed in 2002, and is built primarily using a
02-05-2018 | Business, Economy, Finances, B …
Investir en la Zone Franc IZF
IZF TENDER NOTICE DASHBOARD HELPS YOUR BUSINESS GROW GLOBALLY
As part of the efforts of IZF to promote investment, free trade and a dialog between companies, its website counts with a module of tender notices offering access to the latest national tenders, competitive bids and project news in the 14 different IZF member nations. For IZF, creating an effective, reliable and sustainable tender dashboard requires the collaboration among all parties involved in the creation, submission and management of notices,
01-31-2018 | Business, Economy, Finances, B …
IZF
IZF keeps you up to date with the information in the Franc Zone
IZF facilitates international trade with the countries that are part of the Franc Zone and that is why, on its website, it puts at hand useful tools that can be accessed by all investors with an eye on Africa and all those who already have a relationship of mutual cooperation in the region. One of those tools is the "Business Promotion" section, which is, as the name implies, a space
09-04-2013 | Energy & Environment
LOCIMAP
EU project LOCIMAP reports on UK workshop
The first workshop of the EU LOCIMAP ((Low Carbon Industrial Manufacturing Parks) project on the 10th of July was hosted by Sembcorp, operators of the Wilton International industrial park in the UK. The event attracted more than 45 attendees from industrial parks, industry associations, local government, technology providers and regional development agencies. The day was opened with a practical example of efficient and integrated industrial park design by the Kalundborg
04-23-2012 | Arts & Culture
CD Porter
Worship Leader CD Porter To Bring Believers Into God’s Presence With New Proje …
CD Porter is part of a new generation of worshipers called to invite God’s presence into the life of the believer. A worship leader, songwriter, and minister of music, Porter has been catching the attention of gospel music fans and industry alike with his hit, “With One Sound”. The praise and worship track has been dominating Internet radio and has been one of the most requested songs on
12-01-2011 | Media & Telecommunications
ANDTEK
Alarm via IP phone/ANDTEK integrates paging and conference services into existin …
Munich/Hallbergmoos, November 30 – The Swiss commune Oberwil is working with a central, easy and reliable alarm system management via IP phones now, without additional installation and operation costs. Using “AND Phone Broadcast” every employee receives an information as soon as the alarm system is activated. This way false alarms can be avoided outside regular business hours. The building of the Swiss commune Oberwil being situated in spitting distance to
Comments about openPR
9 o'clock: discuss press release with client, 10 o'clock: submit release to openPR, within the briefest possible time release is published and displayed in a prominent place on openPR.de. I am thrilled!
Zehra Spindler, Calypso Now! - Communication Agency