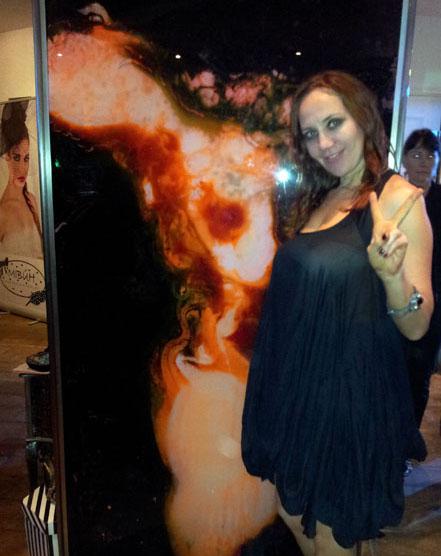 Cannes, France - Jean-Noel Chazelle is a French ARealist artist who creates large scale panel installations, paintings and design. Chazelle is considered to be one of the major influences in contemporary art scene and one of the most colorful and entertaining painters in the world.

In May of 2012 Chazelle was invited to showcase his art work at a private residence of a famous European entrepreneur and life style designer Richard Nilsson at the Villa Oxygene during 65th Film Festival.

About the Company: LV & Co. (www.LuxuryVenture.com) is a boutique advisory firm that specializes on selling Parisian Art de Vivre (The Art of Living) properties in Paris. It also promotes various contemporary established and emerging artists by introducing them to the art market worldwide.