Brazil, Canada and USA are the winners of IV International Economics Olympiad 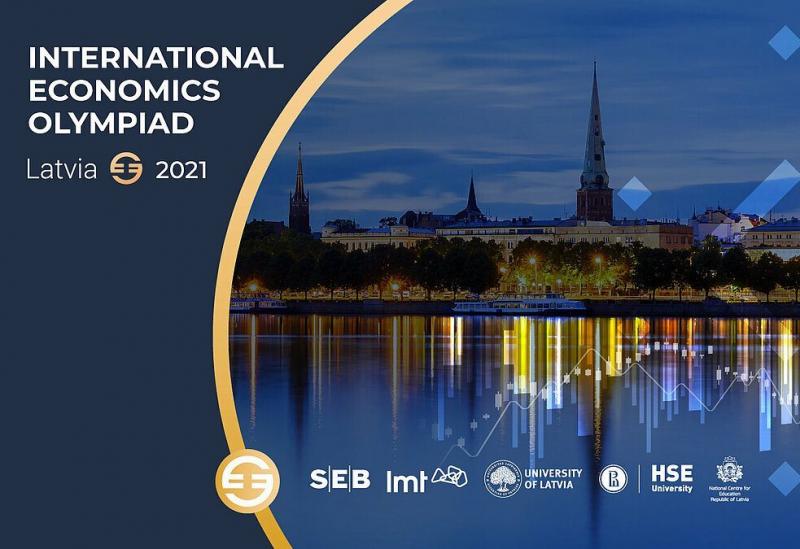 The 4th International Economics Olympiad (IEO) has announced its winners after taking place online in Latvia. The competition was organized by HSE University and the University of Latvia. The forty four national teams in the competition included participants from Australia, Brazil, China, Canada, New Zealand, the USA, and others. Brazil won the gold medal in the team category for the third year in a row, with silver going to Canada and the USA taking the bronze. Russia came sixth in the team category and won a gold medal and four silvers in the individual category. The overall winner was Canada’s Andy Wei. All Olympiad competitors can apply to study at HSE University without taking entrance exams. ‘I’m sure that every student’s road to their national team has been different. However, the start is almost always found at their regional level, where students are invited to start their journey with the encouragement of their parents, teachers and friends. The challenges that the participants will face this year of the competition reflect their major real-life societal issues like pandemics, crime, unemployment, the rise of automation and transition to sustainability. I’m pleased to see students from so many countries investing their time in understanding and searching for practical solutions to these modern-day challenges,’ remarked Egils Levits, President of Latvia, during the opening ceremony.Despite taking place online due to the pandemic, this year’s schedule was full of competitions, lectures from invited experts, and fun events. The IEO has three stages: a financial literacy game in an online simulator, finding solutions to economics-based tasks, and presenting a solution to a business case. This year’s business case tasked participants with developing a strategy to revitalize a factory in Latvia by coming up with a product for the factory to manufacture and outlining its target market. The case was presented by the Latvian division of EY, an international audit and consulting company and partner of the Olympiad. The chairman of the IEO Board of Trustees is Eric Maskin, Nobel laureate in Economics. On the first day of the competition, participants attended an open meeting with N. Gregory Mankiw, professor at Harvard and one of the most influential economists in the world according to RePEc. Attendees also had the opportunity to hear lectures by Rafael Repullo and Manuel Arellano of Spain’s CEMFI institute; Mārtiņš Kazāks, Governor of the Bank of Latvia; Jānis Ozoliņš, Head of Corporate Banking at SEB bank; Dr. Michel Zouboulakis of the University of Thessaly (Greece); and Diana Krisjane, EY Baltics Assurance Partner.The general partners of the Olympiad were HSE University, the University of Latvia, the National Centre for Education (Latvia), SEB bank, and the Latvian mobile operator LMT.The International Economics Olympiad was first held in Moscow in 2018, and is the only event of its kind in the world. This year (as in previous years), participants from countries without a national team could unofficially take part in the competition’s ‘OpenTrack’ category. Over 500 people took part in the OpenTrack, including those from 14 countries not yet on the list of official IEO participants. Overall, competitors from 58 countries took part across both tracks. The results of the IV International Economics Olympiad are published on the website https://2021.ecolymp.org/resultsMoscow 109028 Russia, 11 Pokrovsky blvdConsistently ranked as one of Russia’s top universities, HSE University is a leader in Russian education and one of the preeminent economics and social sciences universities in eastern Europe and Eurasia. Having rapidly grown into a well-renowned research university over two decades, HSE University sets itself apart with its international presence and cooperation.Our faculty, researchers, and students represent over 100 countries, and are dedicated to maintaining the highest academic standards. Our newly-adopted structural reforms support HSE University’s drive to internationalize and conduct groundbreaking research.

You can edit or delete your press release Brazil, Canada and USA are the winners of IV International Economics Olympiad here

09-09-2020 | Science & Education
HSE University
29 countries participate in the Third International Economics Olympiad
This year’s International Economics Olympiad for high school students started on September 7 with an opening ceremony that celebrated the biggest and most diverse group of students yet to compete in the Olympiad, now in its third year. 29 teams from 29 countries will compete this time. The event, which is being held online due to the pandemic, will last until September 13. High school students who won national-level Economics Olympiads
11-08-2019 | Science & Education
HSE University
HSE Business Incubator Named the Best University Business Accelerator in the Wor …
The HSE Business Incubator took 1st place in the 2019-2020 UBI Global World Ranking of University-Linked Business Accelerators. An awards ceremony for the top-ranked institutions was held at the World Incubation Summit in Doha, Qatar on November 6. ‘Our victory is the result of more than 4 years of hard work and hundreds of experiments conducted by our team,’ said Mikhail Erman, Head of the HSE Business Incubator. ‘In 2015, we