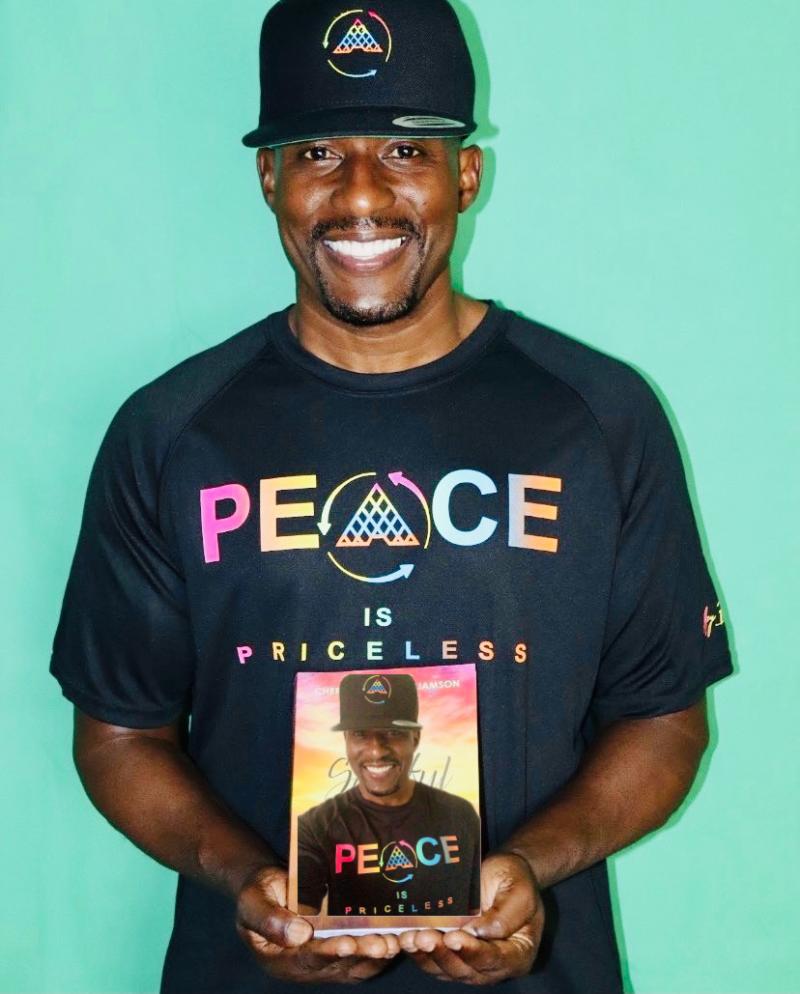 Louisiana-based businessman has his sights on building his empire with viable success strategies and a venerable brand. Acy Brown has worked hard to achieve the level of success that he has attained over the years. His business acumen paired with his dogged determination to excel have propelled him to the next level!The cornerstones of the Acy Brown Company are comprised of 3 main components: The Man•The Model•The Mission.The Man himself is an Entrepreneur, Philanthropist, Model, Actor, Fitness Influencer, and Brand Ambassador. His greatest attributes are his attention to detail, having the ability to focus during adversity, displaying expertise in chosen areas of interest, and versatility! The Model of the Acy Brown Company is centered around the foundation and relationship with his family! The personality of his brand is Athletic and Wholesome!The Mission of the Acy Brown Company is to Inform, Inspire, and Motivate others to reach their full potential with the goals and dreams they aspire to achieve in life!Mr. Brown’s latest endeavor, “Peace is Priceless”, is the culmination of his love of fitness, wellness and entrepreneurship. He is wholeheartedly committed to being a beacon of light in the midst of the darkness that we are experiencing as a Nation--as well as our Global community, in general. As such, Acy recently collaborated with Sharon Nicole of Magnolia Blends, LLC (www.MagnoliaBlendsNaturals.com) to design the inspirational “PEACE IS PRICELESS” signature clothing pieces for his Pyramid Collection Athleisurewear line. When people ask where the inspiration for the new design originated, Acy states “I wanted to create a piece that not only represents a part of my brand from a material standpoint but also symbolizes my brand from a spiritual standpoint that encompasses the mind, body, and soul!”The Pyramid logo is comprised of 19 building blocks all of which individually embodies a personality trait or quality in which Acy subscribes to in his daily walk of life either through personal experience or his value system. The Pyramid always symbolizes bigger consciousness of strength and energy and at the spiritual level the Pyramid is a symbol for the integration of self and soul.While dealing with the ramifications brought on by the Covid-19 Pandemic, Acy has continued to lean on his value system and never lost focus on being creative, forward thinking, and proactive in growing his brand.“PEACE IS PRICELESS because when you have inner peace, it means you are in a place where you do not worry and have accepted the fact it’s ok to not have all the answers! Having Peace amidst the struggles and confusion in life and living in Peace and Harmony among each other is truly what is meant by PEACE IS PRICELESS!”, concluded Acy.Acy Brown continues to be a force to be a force to be reckoned with. He strategically disrupts spaces in the fashion and business industries, all while gracing the covers of notable magazines.More about the Renaissance Man…Acy Brown has a proven track record in the world of business. His successful ventures have led him directly to his passion: To inspire others to dream bigger dreams while utilizing their gifts to make an impact in the world. He actualizes his passion through various mediums such as: his eponymous podcast, “The Acy Brown Show”, his athleisure clothing line, “The Acy Brown Collection” and as a commercial Model and Actor and the proprietor of an impressive Brand— Mr. Brown is unstoppable. He writes his own rules and is carving out a distinctive niche within the marketplace.Acy Brown is also a man who is keenly aware of what he is bringing to the table. As the cover model of “Empowering Men” magazine, and a contributing columnist for “Soigne + Swank Magazine”, his noteworthy achievements and accolades have put him in a class all his own. He is on a mission to create a global brand that will inspire people all around the world to become a stronger, better version of themselves. “I have worked hard to build a formidable brand. A brand that is innovative yet classic. My goal is to infuse excellence in everything that I do. I am building my empire, while blazing a trail for others to build theirs”, said Acy.Acy Brown has completed his B.S. degree in Accounting from Grambling State University in the year 1991. After completing his education, he served corporate America for the next few years. But in this phase, one day he realized that he should follow his dreams of setting up a business. And it inspired him to do some research regarding how to set up a successful clothing line. We must say that he is a self-made fashion designer. His aspirations have culminated into his tangible reality of being a businessman as well as a thought-leader in the Health and Wellness industry.Starting a business at the age of 50 is not an easy task; Acy Brown has also gone through several challenges during this journey. But all his trial and error helped him to turn into a successful business owner. He has also learned a lot from his mentors and the mistakes he made during this journey. While spending a few years into the business industry, Acy Brown has now turned into an inspiration for the upcoming generations. His hard work has given him an opportunity to become a role model for others.Even though Acy Brown is a veteran in the industry—He’s just getting started! Learn more about Acy and his Peace is Priceless athleisure line at www.AcyBrown.com.The Posh Publicity Firm 2451 McMullen Booth Rd. Clearwater, FL 33759The Posh Publicity Firm is based in Tampa Bay, FL and is a full-service Public Relations Consulting Firm. We specialize in Publicity, Marketing and Branding. The Posh Publicity Firm is recognized for creating innovative campaigns and mediagenic brands.

You can edit or delete your press release Businessman, Podcast Host and Model, Acy Brown, Launches New Apparel Line “Peace is Priceless” to put a spotlight on self-care here

07-28-2022 | Fashion, Lifestyle, Trends
The Posh Publicity Firm
Live Out Loud & Take Up Space is more than an empowering book title -It's a way …
Tampa Bay-based businesswoman and author releases a new book to help others amplify their voices and pursue their passion with boldness Author and PR professional, Tawanna Chamberlain, has a new book out which was written to offer inspiration and motivation to those who are striving towards next-level success, personally and professionally. In her book, Live Out Loud and Take Up Space, Chamberlain provides a plethora of practical tips and unique techniques
03-14-2022 | Arts & Culture
The Posh Publicity Firm
Netherlands-based Neoclassical Musician, Basil Babychan, makes magic with his Me …
When we take a look at what's going on around the world, we are flanked with daunting realities such as: wars and rumors of wars, a global health crisis, and the undeniable effects of climate change. With all of this heaviness, we are enlivened by the inspirational levity that flows through each and every melody of the music that is created by Netherlands-based artist, Basil Babychan. Basil is more than