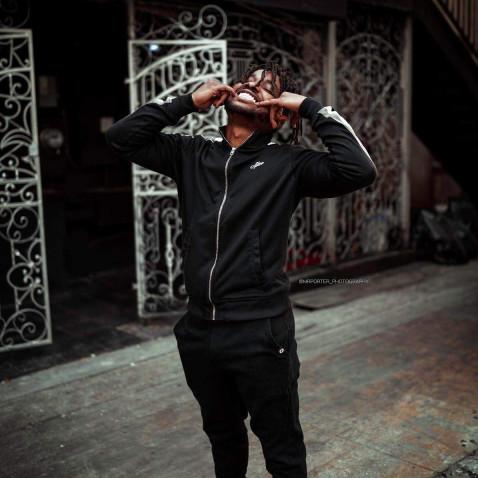 Chicago Artist Goes Viral and Named One of The Top Entrepreneurs Of 2021.Chicago, IL - USA | July 20, 2021 -- Jonathan Henderson known famously as Bigga$tate is reaching superstardom with his new single “Lil Baby”. The song has reached number thirty-four on the iTunes Charts and is also being used in countless TikTok videos from entertainers and athletes including Evan Mendoza and the Saint Louis Cardinals. Additionally, his colleagues such as rapper Benzino, Love & Hip Hop: Atlanta, put Bigga$tate in his most recent project. The press has put Bigga$tate in demand, he has been interviewed by WorldStar Hip Hop and featured on BBC Radio, ABC News, Fox News, CBS, NBC, BET, Bravo, and been played on over one thousand radio stations.All of this attention has earned him a spot as one of the top twenty Entrepreneurs of 2021 by Dendy Media. Bigga$tate has earned over one million streams and views and he is currently considering record deals from Universal Music Group, Sony Music, and Warner Music Group. He has performed sold-out international concerts in Cancún Mexico (2x) and headlined two performances at the WorldScout Music Festival with 8x Grammy winning producer Scott Storch as the keynote speaker. He has also been headlining at music festivals throughout the county including the Iowa Summer Jam with El Hitta.At the A3C Festival (sponsored by J. Cole's street team) he delivered an electric performance on the WorldStar Hip Hop stage that will soon be aired at the Netflix. To date, he has sold out over three hundred shows (two of them at SXSW) and shared the stage with DaBaby, Drumma Boy, Afroman, Kash Doll and Lexy Panterra. Bigga$tate is currently sponsored by over fifty different brands including the popular game Fortnite and also launched a successful clothing line in 2020.Follow Bigga$tate on all social media platforms:* Instagram - https://www.instagram.com/BiggaStateNews * Twitter - https://twitter.com/BiggaState * Facebook - https://www.facebook.com/Biggastate * YouTube - https://www.youtube.com/channel/UC5ahMmu-0e2mxRJIOD7hmyg * Spotify - https://open.spotify.com/artist/5bwgSEl8b1dH3kgXMDEK8bPress & Media Contact: Domenick Nati, President Nati Celebrity Services, Inc. PR and Talent Agency 2268 Waldon St, Redding, CA 96001 United States P: +1 (530) 346-3342 http://DomenickNati.comhttp://DomenickNati.com