Author Announces the Release of Exploration: The Stanfield Chronicles 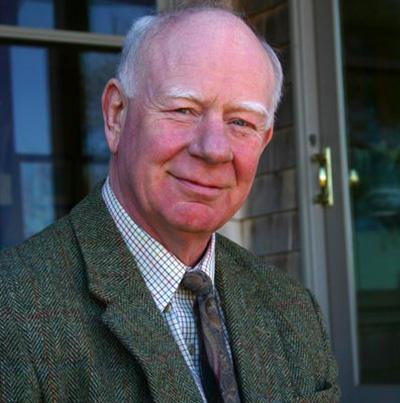 It seems remarkable that the events of over 400 years ago in Plymouth, England could be so enthralling. Yet, here’s David Tory delivering a rip-roaring adventure story in his debut historical fiction, Exploration: The Stanford Chronicles.Exploration: The Stanfield Chronicles is a tale of high seas adventure as chronicled by Issac Stanfield, a young British sailor aboard a merchantman bound for the contentious New England Colonies. Through resilience, initiative, and luck, Isaac finds himself a participant and observer in the perilous explorations preceding the Mayflower’s arrival in New England in 1620. Charming and undaunted, he charts a course from shipmate to spy to confidant of key strategists during tumultuous times. Seduction, spies, sodomy, starvation, Indian attacks, severe cold and a plague of sickness and death—Tory’s well-researched historical novel takes readers along for a rip-roaring ride, from Plymouth, England, to Monhegan Island, Maine during the European rush for geopolitical dominance. Oh yes, there’s romance, too.David Tory launched his 30+ year career in the computer software industry, starting out in the UK in 1962. He is the co-founder of the Essex County Community Foundation, a non-profit organization that inspires philanthropy to strengthen the communities in Essex County, Massachusetts. His debut novel, Exploration is the first in the Stanfield Chronicles series. He’s presently working on volume two. Tory lives north of Boston, MA. The author’s website is https://davidtoryauthor.com/Contact: Skye Wentworth, Book Publicist Skye Wentworth Public Relations 43 Middle Road Newbury, MA 01951 Tele: (978) 462-4453 Email: skyewentworth@comcast.net https://skyewentworth.org/wordpress/Skye Wentworth Public Relations provides book marketing consultation, media promotion and author branding for authors and publishers worldwide. Skye Wentworth presents new ideas, reawakens the old and arms the media with the savvy to make sense of it all. Press Kits. Author Tours. Newspapers. Magazines. Television. Radio. Internet. Social Networking. Video trailers.

You can edit or delete your press release Author Announces the Release of Exploration: The Stanfield Chronicles here

01-05-2021 | Tourism, Cars, Traffic
ON TIME FLIGHT TAXI
Halifax is now open for ridesharing - good news for Halifax Airport Taxi (Taxi Y …
The province has introduced changes to help reduce barriers for drivers working in taxi and ride-hailing services. Effectively immediately the Transportation and Infrastructure Renewal Department is establishing a modernized, restricted Class 4 licence that no longer requires taxi or potential ride-hail drivers to retake the road and knowledge tests. The government says this will help to reduce costs because the retests are no longer necessary, while also simplifying the licensing
06-16-2020 | Tourism, Cars, Traffic
ON TIME FLIGHT TAXI
Halifax Airport Taxi and Cab Service
Halifax Airport Cab Service is available to the public who are looking for a ride to the Halifax Stanfield Airport or for those wanting a ride from the Halifax Stanfield International Airport On that note, if you want to arrange a return trip back to your home, Halifax Airport Taxi Service will wait for your plane on your return trip and drive you right back to your home. All of our vehicles
05-04-2020 | Tourism, Cars, Traffic
ON TIME FLIGHT TAXI
ON TIME FLIGHT TAXI - Affordable Halifax Airport Taxi Services
Halifax Airport Cab transportation service is providing all sizes of the cars: sedan, SUV, vans, and suburban to accommodate you and your luggage. Halifax airport taxi is a top reliable pre-arranged service to and from Halifax Stanfield International airport YHZ. We offering Halifax city pick up/drop off and Halifax Stanfield International airport pick up/drop off as well and take you anyplace within the Maritimes you would like to travel outside of
07-23-2018 | Business, Economy, Finances, B …
ATEQ
ATEQ Opens Southeast Sales/Service Office in Chattanooga, TN
Chattanooga, TN. announces a new location has opened in the Chattanooga community. This office is at 5959 Shallowford Road, Suite 513, Chattanooga, TN 37421. It will serve as a facility for leak testing sales, service, training and repairs for customers in the southeastern region of the United States. This office will be a new home base for longtime ATEQ Territory Manager, John Platt. He is supported by a
07-18-2018 | Business, Economy, Finances, B …
ATEQ
ATEQ Welcomes Applications Engineer, Shane Stanfield, to ATEQ's New Chattanooga …
Chattanooga, TN – ATEQ Corp. (atequsa.com) is proud to announce Shane Stanfield’s new role as Sales Engineer at the new Chattanooga, TN office. Stanfield is responsible for evaluating the technical requirements of the customer's application and working with a machine builder to determine the best way to configure an ATEQ instrument to fit the application. “Shane has a lot of technical experience in the manufacturing industry that will make him
02-04-2011 | Business, Economy, Finances, B …
Coreguard Solutions
CoreGuard and Stanfield Systems form a Strategic Partnership to provide Next Gen …
CoreGuard, developer of the WindTalker Security Platform and SSI, a provider of advanced software engineering services and solutions, announced that they have entered into a strategic partnership to offer next generation security technology to the government and private-industry markets. This technology addresses known/unknown vulnerabilities, weaknesses, and/or gaps on automated systems in the post-Wikileaks environment. Atlanta, GA - USA - January 27, 2011 – CoreGuard, the developer of the WindTalker Security Platform
Comments about openPR
I can't but agree to the positive statements about your portal: easy to use, clear layout, very good search function, and quick editing!
Jens O'Brien, Borgmeier Media Communication