Wooter Africa: How Creating A Basketball Jersey Grew Into a Nonprofit Organization and Movement in Tanzania 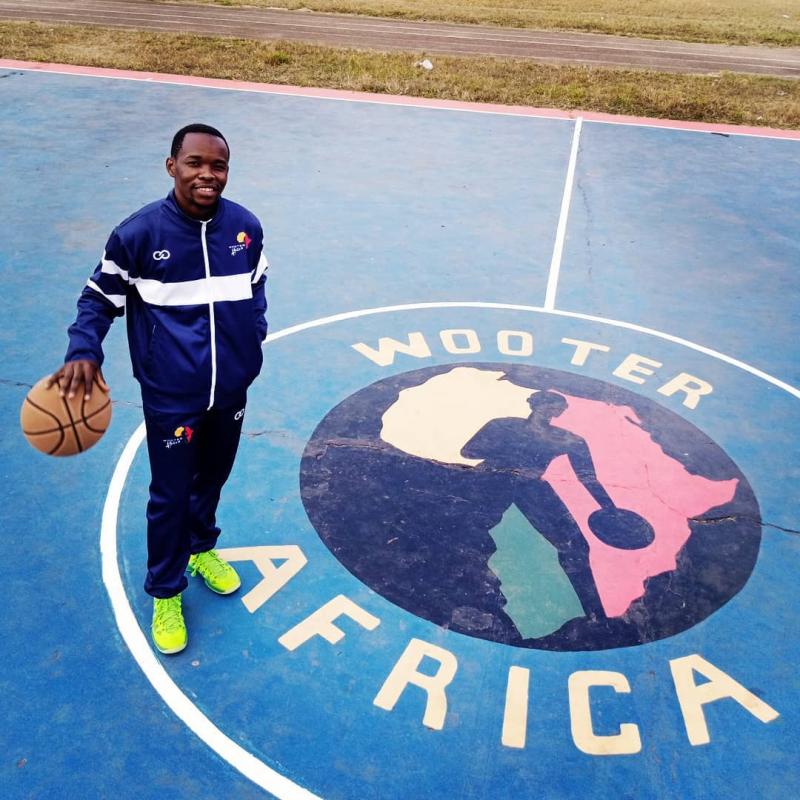 Over the past five years, Hamid Suleiman Ahmad has provided community outreach through basketball and sports in East Africa.

Rooted in a passion for sports, community support, and giving back through the game of basketball, Wooter Africa has blossomed from a non-profit organization to one of the best kept hoops secrets throughout East Africa. And it all started by creating one basketball jersey. Within the last four years alone Wooter Africa has made an impact on youth sports and become a beacon of hope for aspiring Africans with hoop dreams of their own on the courts of cities like Morogoro, Tanzania. What started in East Africa has solid roots from Staten Island, New York as customized sportswear and tech brand Wooter Apparel founded the 501(c)(3) in 2017 after then 24-year old Hamid Suleiman Ahmad contacted Wooter Apparel through social media to share his humble and heartfelt tale about growing up in Africa. From there, Hamid and Wooter Apparel collaborated on designing and creating some basketball uniforms for Hamid and his friends. Little did either party know that it would become the start of an amazing relationship that’s flourished on and off of the court. Hamid and Wooter Apparel have taken a handful of custom made basketball uniforms and grown their partnership into a full-fledged non-profit organization that runs organized sports programs, leagues, clubs, teams, tournaments, and player development sessions throughout East Africa. “We’ve been growing Wooter Africa in Tanzania over the four years — all funded by Wooter — and reaching thousands of kids in need. Basic things such as enjoying the beautiful game of basketball are not easily available until now,” said Wooter CEO, Alex Aleksandrovski. “Our goal is to change the lives of the youth through sports. We’re able to take Wooter Africa to the next level by working directly with the local government and getting support from people who believe in what we’re doing.”Wooter Apparel colorfully created and outfitted teams with uniforms for the 12-team Zanzibar Basketball League, providing a professional look for the talented athletes who proudly wear Wooter Africa across their chest. The jersey and uniform color selection was a tribute to Zanzibar’s national flag with the tricolor of blue, black, and green, and Tanzania with the addition of yellow. Wooter Apparel kept the entire league covered by also designing and producing an apparel line that included full referee uniforms, polo shirts for coaches and staff members, and jerseys and uniforms for Wooter Africa women’s basketball as well.For Hamid, the goal has always been to grow Wooter Africa to become more than just a basketball league. It’s about bringing a deeper connection to one another through sports in his own community.“I needed this to be a platform which changes lives for players, teams and brings something different to the table from any other basketball leagues that happen around Africa,” Hamid explained about the positive influence Wooter Africa is having in East Africa.“I thank Wooter Apparel for making the organization possible with Wooter Africa. When the very first season started I didn’t know if we could bring these teams up and elevate their play to where we took them. This is a huge moment for everyone who has witnessed and played a part in the league being a success,” said Hamid, who also serves as league commissioner of Wooter Africa. Supporting the community and athletes in Tanzania means not only running the in-season basketball tournament and games in Zanzibar, but also places a deeper emphasis on developing new basketball courts, running programs to boost the efforts of Wooter Africa, and providing basketballs and training equipment in underdeveloped communities. This year is shaping up to be the biggest season yet as Hamid prepares for the fourth year of overseeing Wooter Africa and what is anticipated to be a brilliant showcase of young talent on the court. As the game of basketball continues to spread and grow in East Africa, expect to see Wooter Africa play a major role in the maturation of young players as they’ve created opportunities for kids, women, and men who simply love to play the game. “I want to take this time to thank everyone for pushing this league to become a movement,” said Hamid. “The more I continue this league and seasons with Wooter Africa, the more impact we will have on being a bridge to help people grow and get better together.”Alex Aleksandrovski 727 Page Ave. Staten Island, NY. 10307 (929) 262-3530Wooter Africa’s mission is to bring together communities and support the youth in Africa with sports. Wooter Africa (501c3) is an organization which runs organized sports programs including leagues, clubs, teams, tournaments, and player development and having goal of building sports facilities.www.wooterafrica.org

You can edit or delete your press release Wooter Africa: How Creating A Basketball Jersey Grew Into a Nonprofit Organization and Movement in Tanzania here

06-11-2021 | Sports
Wooter Apparel
Youth Sports Programs Gain Sponsor Boost From Wooter Apparel After $10 Million P …
(New York, New York) -- June 11, 2021 In 2019, Staten Island, New York based Wooter made headlines by generously offering to pledge $2.5 million in customized sports apparel to youth sports programs across the United States and around the world over a three year span. Halfway through the first year of the pledge, youth basketball, football, soccer, and baseball teams along with a handful of non-profit organizations benefited greatly from