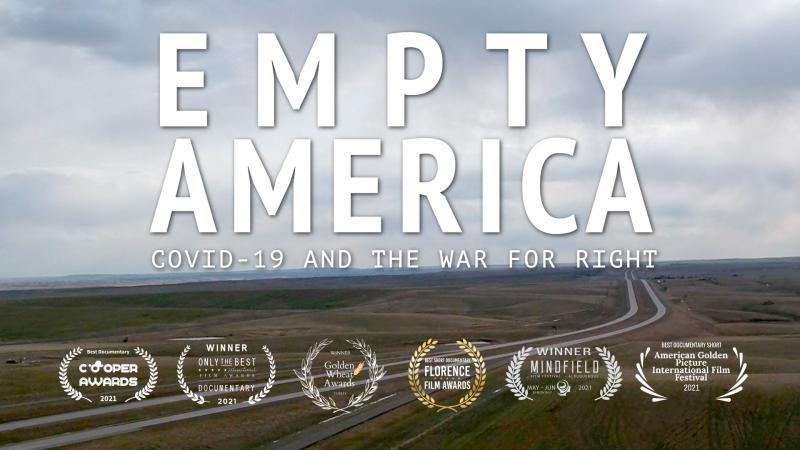 Endless Media Melbourne, Florida 248.675.5484Empty America the winner of 6 film festival awards (i.e. Mindfield Film Festival, Golden Wheat Awards, Cooper Awards, Only the Best Awards, American Golden Picture Film Festival, and Florence Film Awards) is quickly becoming a rising star on the film festival circuit. Captured, by underdog filmmaker Barry Walton, the documentary is a snapshot of America during the early days of the pandemic's national shutdown. A mix of time-lapse photography, aerial drone footage, and organic hand-held shots of the roadside emptiness. The film shows America in a way never before seen and hopefully never to be seen again. Driven by sound bites from regional AM radio across the country, the piece begs to ask, how did we get here and what is the road back home?Director, Barry Walton is a working-class filmmaker with over 20 years of work in the in industry. With 5 documentaries and an Emmy under his belt, he's yet to fully see his work gain recognition on a national scale. With hopes of building a grassroots groundswell around the screening of this film, he's taking a bottom-up approach in festivals by winning the smaller venue first and asking the giants of the industry to "give us a chance".WEBSITE: https://www.endlessmedia1.com/empty-america TITLE: Empty America: Covid-19 and the War for Right YEAR PUBLISHED: 2021 DURATION: 25-minutes LOCATIONS: Los Angeles, Las Vegas, Grand Canyon, St. Louis, Chicago, Lansing, New York, and Washington D.C.Endless Media, LLC. Melbourne, Florida 32940 Barry Walton Barry.Walton@endlessmedia1.comEndless Media and BTV Productions are respectfully media and video production marketing and entertainment companies.