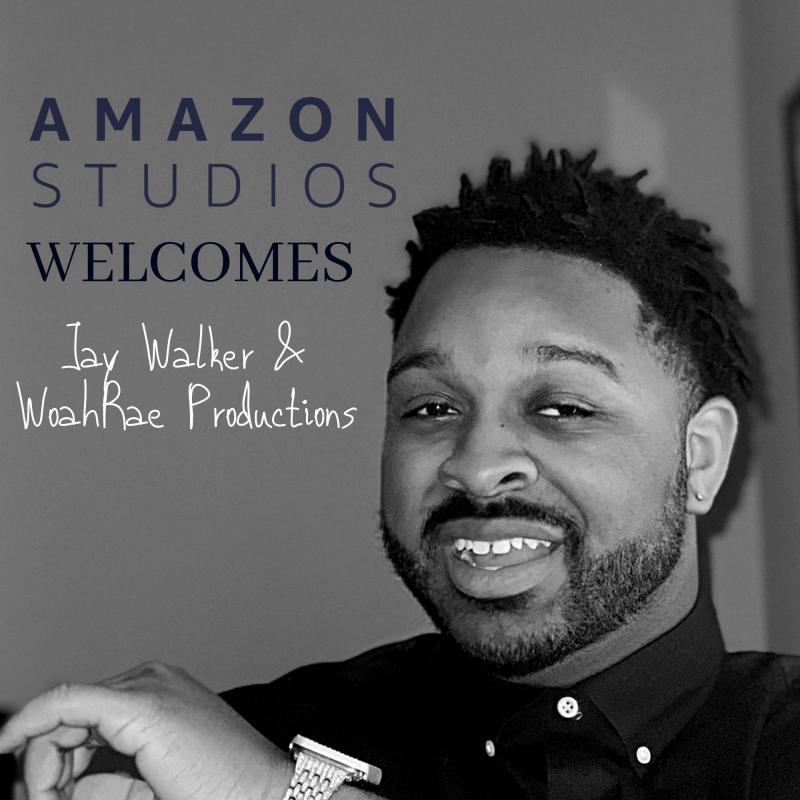 Jay Walker has consolidated his entertainment production ventures for feature film, television and digital under the recently launched WoahRae media company. Formerly Jay Walker Productions , WoahRae includes “Walker Show” and “Funny at home Video’s.” WoahRae will produce & Distribute under Walker’s exclusive, Multi Year Content Deal with Amazon, after Amazon put an Investment into the company.There are some promotions and additions taking place at Jay Walker’s comedy brand WoahRae as it expands across its core divisions of Woah! Network, Woah Studios, Radieo Audio, Woah X!. Walker will move from his position as CEO to Chairman while continuing to take an active role in the company’s overall comedic vision, content, and talent development. Kenath Quinn will pivot from his role as current President and step into the role of CEO while business development and operations leader and EVP and GM Ebonie Rudolph will be promoted to President and COO.In addition, Quinn has appointed Sasha Ardis as Head of Production and Development while Rudolph has brought on Kim Sehmi as new SVP, Head of Finance and Operations.Quinn and Randolph both have been with WoahRae since it’s launch. They have been instrumental in helping the company evolve from its original vision of an OTT streaming service into a broader global multi-platform comedy brand with an owned IP portfolio and O&O distribution network. They will continue to share business development.Quinn is a long-time business partner of Walker. As CEO, he will focus on the content side of the business, including development, production, distribution and experiential. He also founded Quinn Films , an entertainment company dedicated to super-serving the black community worldwide. Quinn and Walker partnered to co-finance and self-distribute Walker’s first theatrical release, He Said It and went on to partner on all of Jay’s subsequent specials.In her new role as President and COO, Randolph will focus on strategy and operations, including overseeing corporate development, marketing, ad sales, finance and strategic partnerships. Randolph has spent her career at the intersection of content, consumers and commerce and has a proven track-record of developing brands, audience and revenue for some of the biggest names in advertising, technology and entertainment – including WPP, Publicis, Sony and Facebook.WoahRae has also promoted Tina Walker to VP, Integrated Marketing & Monetization and brought on Kim Nelson as VP of Content Acquisition and Distribution.AMZN Press 1620 26th St, North Building, 4th Floor, Santa Monica, CA 90404 Tamela Rucker Tamelarucker@amazonpress.comWe take incredible care to first fully understand your goals and objectives... and then properly communicate your passion about a product or service to generate more sales -- or to get your story published in hundreds of media outlets.

09-10-2021 | Leisure, Entertainment, Miscel …
SeriousPPLMusic
Serious Voice Uplifts Black Woman With A New Project Titled 'Beautiful'
Recording Artist from CHH community releases new music project with an approach that may surprise her fan base and provide all listeners with a new perspective of her sound. Brooklyn, NY - USA | September 07, 2021 -- Brooklyn recording artist Serious Voice is back with a stellar new project dubbed “Beautiful”, affirming women, showing the bravery it takes to accept their insecurities but stand in the strength that only they
05-08-2017 | Leisure, Entertainment, Miscel …
Music Promotion Club
OCOG Hip Hop Music Getting Viral Amongst Worldwide Fans
If you are searching for some new excitement in music, then OCOG is the ideal decision for you. The melodies depend on hip hop and rap genre. The tracks are truly alleviating to your ears. Soundcloud has presented many artists who like releasing tunes based on hip hop and rap. However, OCOG is one of them and getting viral within a short period of time. This music pair has made
Comments about openPR
Your portal is fast, simple, and easy to use. Others may have more functions but they also demand more editing time, you have to preformat the text in order to achieve a good result etc. I think openPR is really fantastic!
Andreas Knepper, wallmedien AG