Blaine Bonham's Earth: People and Culture, One at a Time 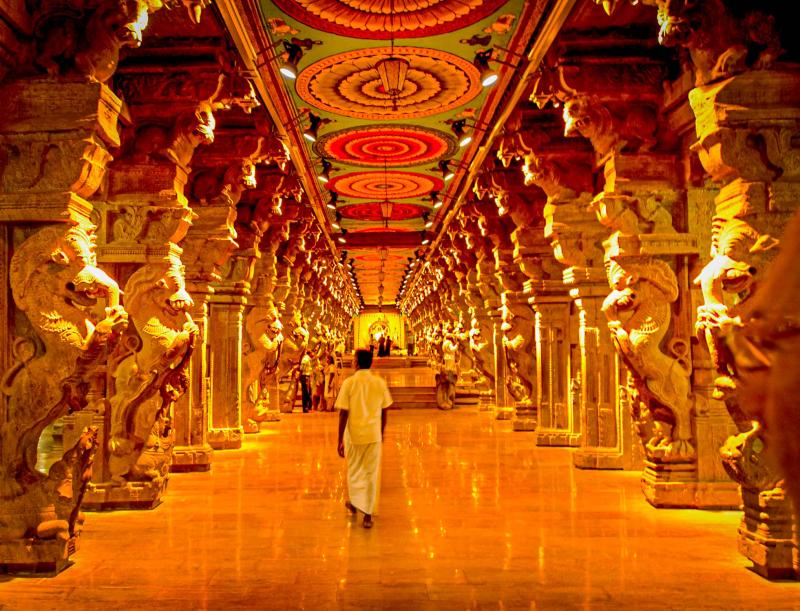 Everybody’s got a website these days. Every photographer who ever took a camera on a trip posts their photographs on them. Blaine Bonham, one of America’s pioneers in urban greening, has a website, too. That’s where Bonham’s photos depart from typical travel shots. He doesn’t see his international photos as pictures of places. He sees the history and culture of the world in every scene. He has a thousands-of-years perspective. He sees in Bulgaria, for instance, traces of all the eastern and western civilizations that have marched through this crossroads of Europe and Asia. The native Thracians, then Romans, Byzantines, Ottomans, and recently Soviets influenced the culture of today’s fragile democratic state. In his images on Blaine Bonham––Cultural Eyewitness (https://blainebonham.com), Bonham reflects the blending of historic events, the bias of starkly opposed cultures, and the impact of geography and weather that creates today’s photos. Starting in 2000 during a career in civic environmental issues, Blaine traveled across the globe documenting his experiences both photographically and in writing. As a traveler to other places and times, he discovered both geographic and cultural wonders beyond his expectations. Bonham’s photos are riveting. But in talking with him you realize that they’re keys to his interaction among citizens. Yes, he photographs the monuments and local celebrations, all the shots you expect from a world traveler. Yet at the heart of his travels, he witnesses the daily lives and rituals of people that underscore unique differences compared to his American culture, as well as our universal humanity. Stories of local people, their expressions, and their wish for you to know them interest him most. A region’s cultural, geographic, and economic history impresses itself on the faces of its people. Ottoman sultans, Italian nobles, gatekeepers, orthodox monks and nuns, princesses traded in marriage for land and power turn into today’s restaurant owners, beggars, mayors, grandmothers, farmers, university professors. Bonham states, “I talk to people, sometimes with a translator if they aren’t English speakers. I’m invited into homes for meals or tea and sweets, opportunities to discover the nuances of different cultures and to remind me of our similarities, too. I’ve traveled in oxcarts, jeeps, houseboats, decades-old Ambassador taxis, motorcycles, and three-wheeled tuk-tuks, sometimes to remote temples and villages. I try to avoid Western-style hotels, instead staying in local establishments, from a floating hut in Manipur to a farmhouse in Italy to a Maharaja’s palace in Rajasthan.” He started turning his notes into articles rich with images and storytelling. He found himself illustrating his adventures with photographs about people he met along the way. Several published articles and hundreds of photographic images from his sizable archive appear on the new website. A visit through his website is better than a history book and more relevant than a movie. As Bonham says on the website’s home page, “Travelers can’t know a place and its people from a brief encounter. Yet we can appreciate humanity’s richness and diversity if we slow down and observe with intention. We better understand where we fit in the world.” He decided early in his travels to approach others with humility, reverence, and respect. Blaine spent his early career in the non-profit arena working with low-income communities who used greening as a community development tool that complemented neighborhood revitalization in his native Philadelphia. As Executive Vice President of the Pennsylvania Horticultural Society, he oversaw the creation of dramatic new public landscapes that played a role in the city’s impressive revitalization. He developed enduring partnerships with successive city administrations, foundations, and community development non-profits during his tenure. Bonham consulted with cities across the United States about urban greening as a critical component of revitalization. He co-authored Old Cities/Green Cities for the American Planning Association. With his newly reissued passport, Bonham compiled a post-pandemic five-year list of destinations to book as travel resumes. When he and his partner Rick aren’t boarding a plane for a new destination, he divides his time between his ornamental garden in Lewes, Delaware and Center City Philadelphia, Pennsylvania.—END—Blaine Bonham 122 Rodney Avenue Lewes, Delaware 19958-1208 Contact: Blaine Bonham 1-215-280-4651 culturaleyewitness@blainebonham.com https://Blainebonham.comBlaine Bonham is a seasoned 30+-year travel photographer with worldwide experience from Cuba to Myanmar to Laos and a particular focus on India and Southeast Asia. His work features fascinating, culturally atypical points of view and photos. Earlier in life, Blaine enjoyed national standing as a non-profit leader and environmental activist with the Pennsylvania Horticultural Society. His approach and character allow him to see countries and people with special empathy and a critical architectural eye. Archives of travel and street photography with stories of journeys and blog posts are available to view on his easy-to-navigate website: https://blainebonham.com.

You can edit or delete your press release Blaine Bonham's Earth: People and Culture, One at a Time here

10-29-2020 | Arts & Culture
WordRevo
Book launch of “WordRevo Tales 2020: A World Without Borders”
FOR IMMEDIATE RELEASE WordRevo Tales 2020 - A short story collection ON SALE: 30 OCTOBER 2020 For more information or review copies: prize@wordrevo.com. Book launch of “WordRevo Tales 2020: A World Without Borders” Rome, Italy – 29 October 2020 – The project was born in lockdown Italy, at perhaps the toughest moment of a pandemic that continues to ravage the entire world. The chosen theme, “A World Without Borders”, is a reaction to the current
11-16-2018 | Arts & Culture
Orian Research
Art and Sculpture Market 2018-2025 and Key Players Analysis: - Sotheby's, Christ …
Latest Research Study on Global Art and Sculpture Market gives extensive analysis of this industry and presents worldwide industry size, growth, share, trends and forecast from 2018 to 2025 has been submitted to the archive of Orian research Consultant. Topographically, the worldwide market is isolated into key districts which are North America, Latin America, Asia Pacific and Middle East and Africa and across the globe. Get Sample Copy of this Report-
09-17-2018 | Arts & Culture
Orian Research
Art and Sculpture Market Share, Size, Growth and Industry Top Players Study- Sot …
A new report published by Orian Research Consultant titled "Art and Sculpture Market 2018 Global Industry Analysis (2018 to 2025) and Forecast. Art and Sculpture Market Segmented by (Product Type - Artifacts (Manuscripts, Decorative art pieces, and others), Sculptures; by Sales Channel: Auction. Get Sample Copy of this Report – https://www.orianresearch.com/request-sample/620880 The Global Art and Sculpture market 2018 research provides a basic overview of the industry including definitions, classifications, applications and
09-04-2018 | Business, Economy, Finances, B …
HTF Market Intelligence Consulting Pvt. Ltd.
Art and Sculpture Market to Witness Huge Growth by 2023 | Leading Key Players: C …
HTF MI recently introduced Global Art and Sculpture Market study with in-depth overview, describing about the Product / Industry Scope and elaborates market outlook and status to 2023. The market Study is segmented by key regions which is accelerating the marketization. At present, the market is developing its presence and some of the key players from the complete study are Sotheby's, Christie's, Bonham, Phillips Auctioneers, China Guardian Auctions, Frith sculpture,
08-31-2018 | Advertising, Media Consulting, …
QY Research, Inc.
Art and Sculpture Market Drivers And Restrains, Along With Their Current And Exp …
This report studies the Art and Sculpture market size (value and volume) by players, regions, product types and end industries, history data 2013-2017 and forecast data 2018-2025; This report also studies the global market competition landscape, market drivers and trends, opportunities and challenges, risks and entry barriers, sales channels, distributors and Porter's Five Forces Analysis. Art and sculpture market is transforming from traditional collectibles mind-set to an investment mind-set, and
01-10-2018 | IT, New Media & Software
AC Square Limited
AC Square Celebrates Momentum with JDA Warehouse Management Deployments in Singa …
Singapore — Jan 17th, 2018— AC2 group(www.acsqr.com), the leading supply chain software solutions provider in ASIA, today celebrated a JDA Warehouse Management implementation success, where JDA Warehouse Management has been successfully implemented in one of the largest pharmaceutical warehouses in Singapore. “We signed an extended reseller and partnership agreement with JDA Software Group Inc., (www.jda.com) about 10 months ago, which enables us to resell JDA supply chain software in Asia-Pacific through
Comments about openPR
OpenPR is clearly structured and remains true to its principle of confining itself to the essential parts. OpenPR has proven to be a very good and reliable partner to our media agency: Within the shortest time the releases are online and go down well with the media representatives. The success of OpenPR is reflected in the steadily increasing number of press releases. It is good that OpenPR exists!
Ursula Koslik, Director Marketing & PR, F+W Hamburg