Prominent LLU Professor: ‘No Sunday Law, No Great Controversy, No End-time Prophet and the Mark of the Beast is Undetermined’ 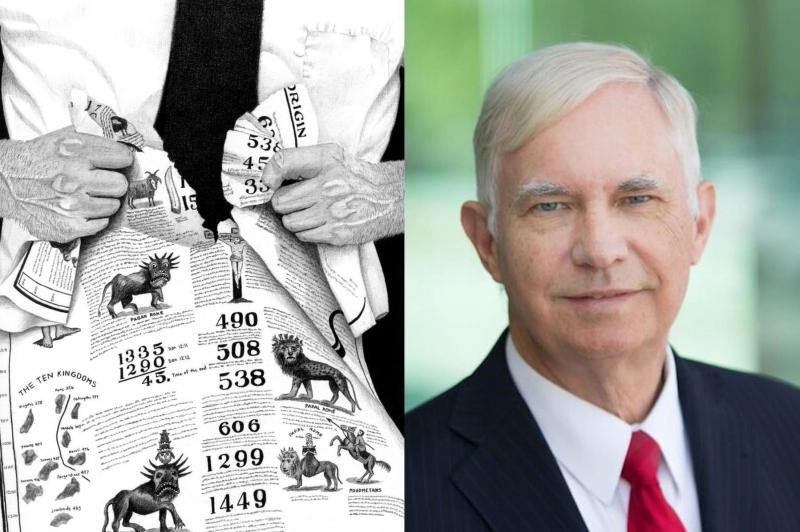 Dr. Jon Paulien is a professor at the Loma Linda University School of Religion. At a recent church-sponsored symposium about the end time prophetic events, Dr. Paulien said that Sunday Laws are not coming, the Great Controversy is outdated, there are other options for the mark of the beast and Ellen White was not an end-time prophet. The presentation was entitled “The Coming Sunday Law Dilemma” featuring Dr. Jon Paulien. However, the “coming Sunday law dilemma” was not about the crisis our world would soon face; no, the “dilemma” that Dr. Paulien was inferring was that there was no Sunday law forthcoming.What about the mark of the beast? Well, the new contemporary interpretation about the “Mark of the Beast,” according to Dr. Paulien, is that the text of Revelation describes a “counterfeit” and not specifically “Sunday,” and there are many options when interpreting a counterfeit. It can mean “any day” or it can mean “no days.” Do you see what is happening? They are rewriting the message of the mark of the beast. The contemporary church is attempting to remake the movement founded by our pioneers. We are witnessing a scenario in which anything remotely resembling historic Adventism is being eliminated, turned upside down or corrupted.Then Dr. Pauline said the following about the book Great Controversy and Sunday laws: “The idea of a world-wide Sunday law made a lot of sense back then. The world was quite different than today. So we should not assume that after the passage of more than one hundred and fifty years that every detail would necessarily be fulfilled … Great Controversy fits perfectly with exactly what was happening in the world in the 1880s…If God was giving a prophecy today it wouldn’t sound like what was given back then because we are in a different world. Dr. Paulien is only affirming what many of our leaders already believe. His statements are a reflection of what Ted Wilson and other church leaders have already embraced. This explains why things are the way they are and why the Great Hope has replaced the Great Controversy. Seventh-day Adventists have reached a watershed moment at this point in history. We must choose between the paths before us. Will the Spirit of Prophecy be believed and obeyed, as revealed in the Great Controversy book? Will we cross the Jordan River and enter the Promised Land? Or will we believe these scholars who tell us that they know more than the prophets who spoke in the name of the Lord and who are leading us not only to Egypt, but into the hands of Rome? Click to see the video, photos and to read the full story: http://adventmessenger.org/prominent-llu-professor-no-sunday-law-no-great-controversy-no-end-time-prophet-and-the-mark-of-the-beast-is-undetermined/Contact: Andy Roman, Publisher Address: Advent Messenger, PO Box 96, Dover, OK 73734 Phone: (888) 299-2119 Website: www.adventmessenger.org Email: adventmessengers@gmail.comAbout: Advent Messenger provides news and commentary on current events, top stories, social trends and political and religious events. For more news visit www.adventmessenger.org

You can edit or delete your press release Prominent LLU Professor: ‘No Sunday Law, No Great Controversy, No End-time Prophet and the Mark of the Beast is Undetermined’ here

09-04-2020 | Science & Education
Churches Together in Britain and Ireland
Climate Sunday launches across Britain and Ireland!
Marking the start of the annual season of Creationtide, the Climate Sunday initiative begins this weekend with local churches across Britain and Ireland holding climate-focused services to explore the theological and scientific basis of creation care and of action on climate, to pray and to commit to action. With the climate crisis accelerating and greater public support for a green recovery post COVID-19, there has never been a more crucial time
12-11-2018 | Leisure, Entertainment, Miscel …
Swift Creek Mill Theatre
Swift Creek Mill Theatre Introduces Sunday Brunch
For over 50 years, the kitchen at Swift Creek Mill Theatre has been turning out comfort food on filling buffets for hungry theatre goers. Now the historic venue is taking sustenance a step further by offering Sunday Brunch, Swift Creek style. Sunday Brunch at the Mill will entice diners with savory and sweet breakfast foods and signature cocktails. Food and Beverage Manager Andrea Huntjens will feature fresh scrambled eggs, smoky bacon
02-14-2017 | Leisure, Entertainment, Miscel …
www.hotelmarineplaza.com
Funday Sunday Brunch
Add some fun to your lazy Sunday by availing 20% discount on your food bill at the Bayview. A creative menu designed by Executive Chef Kshitiz Shekhar for the guest includes starters, soup, arena of Salads, lavish Vegetarian & Non Vegetarian Main Courses along with 3 live counters & Sinful Desserts with chocolate fountain. What’s New:  Activates for kids – Screening cartoon movies  Jugglers/Tattoo articles/Character/ Balloon making Have fun & frolic Sunday with your
07-17-2012 | Logistics & Transport
Chapman Freeborn Airchartering
Chapman Freeborn makes The Sunday Times HSBC International Track 200
Chapman Freeborn Airchartering has been ranked 169th in the Sunday Times HSBC International Track 200 - a league table of Britain’s private firms with the fastest growing overseas sales. The UK-headquartered aircraft charter specialist - which has a global network of 35 offices in 25 countries - saw international sales grow from £209m in 2009 to £333.2m in 2011. The Sunday Times notes that the eurozone crisis has so far failed to
03-26-2012 | Leisure, Entertainment, Miscel …
New World Landing
New World Landing To Serve Easter Sunday Brunch
New World Landing will be serving a special Easter Sunday Brunch on April 8th from 10:30 AM to 2:00 PM. The adult buffet will include four carved meats, fresh seafood items, assorted salads and deserts. There will also be a specialty children’s buffet with items to please the picky child’s palette. The adult buffet will be $28 per person and the child’s buffet will be $12. There will be seating
06-23-2011 | Business, Economy, Finances, B …
Currencies.co.uk
Currencies.co.uk Featured in The Sunday Times
Buckinghamshire, United Kingdom (13 June, 2011) – Currencies.co.uk, a leading foreign currency exchange provider, has recently been featured in an article in the popular broadsheet newspaper, The Sunday Times. Currencies.co.uk is an independent currency broker who offers cost-effective transactions with market-leading foreign exchange rates. Dedicated to a professional and reliable money transfer service, Currencies.co.uk can help their clients save money and can offer unrivalled support to ensure transactions are perfectly timed
Comments about openPR
Your portal is fast, simple, and easy to use. Others may have more functions but they also demand more editing time, you have to preformat the text in order to achieve a good result etc. I think openPR is really fantastic!
Andreas Knepper, wallmedien AG