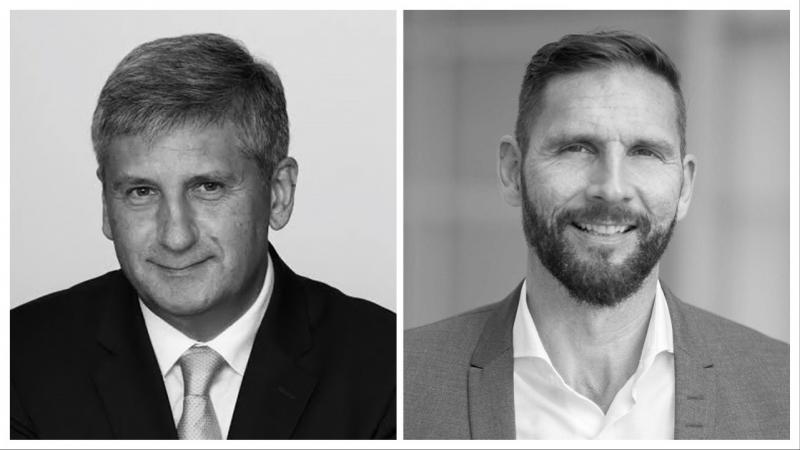 Incorporated with the support of IKAR Technology LLP, NEXX5 is set to be a major new force in accelerating deployment of smart city services!Today marks the public announcement of Nexx5’s leadership team who have developed a broad-ranging technology concept over the last 18 months. The brainchild of German technology sector entrepreneur, Wolf Hisserich, NEXX5 sees him partner with Austrian Co-Founder Michael Spindelegger.Co-Founding Senior Management TeamMichael Spindelegger - NEXX5 Co-Founder and Chairman of the Board: A highly respected Austrian statesman on the international stage and a spokesman for EU-based industry, Spindelegger is the former Austrian Vice-Chancellor, long-term Foreign Minister and Finance Minister. He became the Chairman of the Austrian People’s Party and has enjoyed multiple other roles in public service at national and international institutions. His long-standing interest in industrial policy saw him become a passionate advocate for technological innovation.Wolf Hisserich - NEXX5 Co-Founder and CEO: Hisserich is the former CEO International of Qwant, an EU-based search engine with its own indexing engine and a strong policy on user data privacy. He enjoys a very strong track record on the innovative edge of the telecoms industry having been Vice President at Deutsche Telekom for IoT Strategy and Partnering and VP of Global Innovation. In these prominent roles he was also highly active in international business development and technology partnering with leading edge ventures in the USA, China, EU and Israel. He is the co-founder of 4 previous tech start-ups and successfully raised funds for high technology ventures as an Operating Partner of Silver Trail Ventures in the Silicon Valley.NEXX5 managerial team quotesMichael Spindelegger, NEXX5 Chairman: “I’m thrilled to hear the kind of responses we’ve been getting about the services being provided by NEXX5. We’re meeting a very real and growing need. This is a venture whose timing is perfect and we have already aligned many of the component for a very rapid expansion to geographies beyond Europe.”Wolf Hisserich, NEXX5 CEO: “NEXX5 is here to transform the way technology infrastructure is designed and deployed. In keeping with the transformative integration of data that will power smart cities, our products are design engineered to offer more functionality, pleasing aesthetics and easier installation. And those aren’t typical values for current infrastructure tech”. “Supporting 5G densification with our distinctive solutions is our immediate priority, but the vision for NEXX5 is to provide a whole ranging of enabling technologies that make it more affordable for companies and local government to support the wider upgrade of the urban fabric. We will be at the heart of this transformation with newer technologies, better designs and easier implementation solutions.”Mario Diel, IKAR Industries Chairman and Co-Founder: “The speed with which NEXX5 has accelerated from the business planning to the stage of operational readiness has impressed us. The calibre of the operational team is always key to maintaining momentum and I have full confidence in the know-how of this team”Mr. Aaruni Kumar Secretary General IKAR Industries LLP Birchin Court, 20 Birchin Lane EC3V9DJ 9DJ London, UK Aaruni.kumar@ikarindustries.comAbout Nexx5Conceptually developed by a German entrepreneur, NEXX5 works to accelerate the inter-connectedness of smart city technologies.NEXX5 has been incorporated by IKAR Industries as a strategic venture to advance its interests in the future of technology infrastructure.About IKAR Industries IKAR Industries is an entrepreneurial investment group, headquartered in London, with representation in Boston, Chicago, Istanbul, Frankfurt, New York, San Francisco, Washington and Zurich.

04-20-2021 | Business, Economy, Finances, B …
IKAR Industries LLP
SpaceX Director joins British Investment Group
London, April 20th 2021 Today Ms Sreelakshmi Sita Sonty joined the Global Advisory board of the British Investment Group, IKAR Industries! Sita is an aerospace executive and U.S. diplomat. She most recently served as the Head of Human Spaceflight Sales for SpaceX, where she executed the first private passenger sale on the Crew Dragon in history.  “We could not be more excited and proud, to have such a distinguished personality in our group”, says Howard
02-26-2021 | Sports
IKAR Industries LLP
British Investment Group goes big into Sports
London, February 25th 2021 IKAR Industries, a British Investment Group, based in London, launched today a new exciting Investment: “IKAR Sports and Entertainment Group”! The group was co-founded with two prominent personalities out of the sports world: Mr Chris Unger, the former head of the World Cup organization at FIFA and Mr Gary Woolf from Boston, who was running and owning the 3rd largest Sports Agency in the world! “We have create
05-26-2020 | Business, Economy, Finances, B …
IKAR Industries LLP
IKAR Industries and Five Tier, Inc. join forces to launch Five Tier Global LLP, …
London, United Kingdom - May 25th 2020 - IKAR Industries and Five Tier, Inc. announced today the formation of Five Tier Global introducing Five Tier's revolutionary Connected MediaTM platform, Five Tier Connect, to the world. "The relationships and experience the IKAR team lends to partners coupled with our traction and activity in North America will provide instant scale," stated Five Tier's Founder and CEO Frank O'Brien. "We have spent the last