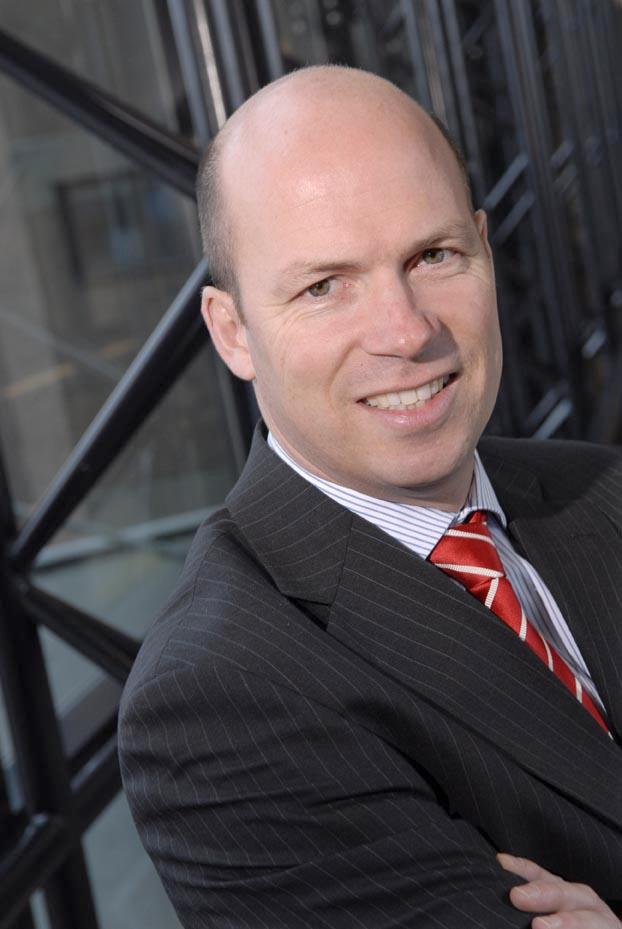 ZAANDAM, THE NETHERLANDS (June 26, 2007) — WoodWing Software has named publishing industry veteran Hans Janssen to the position of CEO effective Aug. 1, as the company expands its board to meet the demands of a rapidly growing customer base.“With the tremendous growth we’ve been experiencing, this is going to allow us to continue to provide outstanding service to our customers, while at the same time continuing to further develop our product line to meet future challenges,” said Erik Schut, President of WoodWing Software. “We have some very ambitious growth objectives, and this will help us achieve them. The new board lineup will allow me to concentrate on product development and technology, while Hans focuses on business development.”In addition, Ruud Rijbroek, one of the founders of WoodWing, has been named Chairman of the Board.“As we continue to expand into new markets, Hans’ and Ruud’s experience are going to be invaluable for us,” Schut said. “Hans has an extensive knowledge of all aspects of the newspaper industry and IT, and that’s going to allow us to continue our expansion around the world. He’s going to be a great addition to our team.”Janssen is no stranger to WoodWing, having been involved with the company since its inception. He helped found the company along with Schut and several other technology experts who had been working together at Mediasystemen in the 1990s.For the past several years, Janssen has been working as Director of IT for Telegraaf Media Groep. Seeing the growth at WoodWing, though, he decided to become more actively involved with the day-to-day operations of the company he helped create.“I’ve been very impressed with the way in which WoodWing has become one of the leading players in the publishing technology industry,” Janssen said. “This is one of the fastest-growing technology companies in the country, and I’m looking forward to joining the staff. I can’t want to get started.”Janssen brings to the new position an extensive resume, with more than 20 years of experience in the industry, both on the technical and business end. He holds a degree in computer science and business accounting, and began his career in the 1980s developing leading-edge graphical page design systems for newspapers. He later began to develop enterprise systems for advertising, and by the late 1990s, Janssen had become the technical director for Mediasystemen, responsible for research and development and implementations.During the Internet boom beginning 2000, he also created two start-up companies that handled regional news content. He joined Telegraaf Media Groep in 2001, and took charge of developing the IT strategy for the publishing group. For the past four years, he's been the managing director of Telegraaf Media ICT, the internal IT supplier for Telegraaf Media Groep.A localized Dutch version of this press release is available at http://www.woodwing.com/pr/hansjanssen.rtfA photograph of Hans Janssen can be downloaded from http://www.woodwing.com/pr/hansjanssen.jpgThe Woodwing logo can be downloaded from http://www.woodwing.com/pr/ww-logo.jpgAbout WoodWing WoodWing Software specializes in software solutions for the publishing industry. WoodWing excels in innovative and flexible editorial solutions that help efficiently produce print and online publications. The company’s flagship product, Smart Connection Enterprise, differs from traditional editorial solutions because it has been engineered from the ground up utilizing the latest technologies offered by the Internet age. Publishing experience that goes back more than 20 years, combined with the latest technologies, has led to a powerful editorial system with a core based on XML and open technology. WoodWing has offices in The Netherlands, Kuala Lumpur and the United States. Customers are served through select partners. For more information, visit www.woodwing.com.WoodWing Software Ronde Tocht 1d 1507 CC Zaandam The Netherlands Contact: Gerard van den Akker pr@woodwing.com

You can edit or delete your press release Hans Janssen, Former IT Director of Telegraaf Media Groep, joins WoodWing Board here

05-06-2009 | IT, New Media & Software
WoodWing Software
Book Publishing Specialist PSG Orlando Joins WoodWing Network of Partners
WoodWing Software’s network of partners recently welcomed one of the top book-publishing specialists in the industry, Publishing Solutions Group Orlando (PSG Orlando). PSG Orlando will handle sales and installation of WoodWing’s entire suite of editorial solutions, and provide training, advice and support to customers. PSG Orlando provides services for customers throughout the publishing industry, with particular expertise in the book-publishing world, including Web and e-publishing. PSG Orlando helps publishers improve efficiency
02-12-2009 | IT, New Media & Software
WoodWing Software
The Jakarta Globe - Taking Off with WoodWing Enterprise 6
Kuala Lumpur, Malaysia (February 12, 2009) - When the Jakarta Globe, a new daily newspaper, was being put together in 2008, the company selected WoodWing Enterprise 6 as the publishing solution for its newsroom. The English language Indonesian newspaper was built from scratch in eleven months, and the first issue appeared on November 12, 2008. Serious Technology, an experienced WoodWing Authorized Solution Partner, implemented the solution. The paper quickly assembled
02-06-2008 | IT, New Media & Software
WoodWing Software
WoodWing Asia Pacific hires Sales Director for Japan
Kuala Lumpur, Malaysia (February 6, 2008) - Joel Ingulsrud, a 20-year veteran of the Japanese digital media industry, has joined WoodWing Asia Pacific as its new sales director for Japan. Ingulsrud will be responsible for helping WoodWing thrive in one of the most vibrant publishing markets in the world. Ingulsrud most recently worked for Adobe Systems as product manager for the Japanese edition of Acrobat. He began his career in the
12-18-2007 | IT, New Media & Software
WoodWing Software
Express Newspapers, one of the UK’s largest newspaper companies, selects WoodW …
ZAANDAM, THE NETHERLANDS (December 18, 2007) — WoodWing Software has been selected by the UK publisher Express Newspapers to supply Smart Connection Enterprise as the editorial platform for the Daily Express, the Daily Star, Ok! Magazine and several other publications. With an average daily sale approaching two million copies, Express Newspapers is one of the largest newspaper publishing companies in the UK. After carefully evaluating the main suppliers of editorial solutions,

03-18-2019 | Business, Economy, Finances, B …
Coherent Market Insights
Middle East tapentadol Market 2018 Business Strategies: Depomed, Inc., Janssen P …
Janssen Pharmaceutical sold its license of marketing and distribution of the U.S. to Depomed, Inc. and in April 2017, Depomed, Inc. won the patent for tapentadol. Three ongoing clinical trials for tapentadol are being carried on for various indications and age groups. Positive results from these trials is expected to cause the tapentadol market to gain rapid traction. Currently, tapentadol is only approved for consumption by adults and is not
02-21-2019 | Science & Education
QY Research, Inc.
Proton Pump Inhibitors Market Analysis (2019- 2025)| Pfizer, Janssen, Eisai, Eli …
Los Angeles, United State, Feb 21, 2019- This research study is one of the most detailed and accurate ones that solely focus on the global Proton Pump Inhibitors market. It sheds light on critical factors that impact the growth of the global Proton Pump Inhibitors market on several fronts. Market participants can use the report to gain a sound understanding of the competitive landscape and strategies adopted by leading players
01-31-2019 | Health & Medicine
Future Market Insights
Chemotherapy-Induced Myelosuppression Treatment Market Analysis by 2028 | Amgen …
A new study by FMI reveals that the chemotherapy-induced myelosuppression treatment market is expected to grow at a subdued 3% y-o-y in 2019. Valued at nearly US$ 7 billion in 2018, gains are likely to be driven by a combination of multipronged factors, including, Development of natural product interventions for chemotherapy-induced side effects Growing implementation of radiation treatment in cancer treatment owing to the associated high success rate of chemotherapy Growing R&D investments
01-31-2019 | Advertising, Media Consulting, …
Market research store.com
Global Immunosuppressant Drugs Market 2019 - Pharmacyclics, Inc., Janssen Biotec …
The Global Immunosuppressant Drugs Market 2019 - overview combining the data integration and analysis capabilities with the relevant findings, the report has predicted strong future growth of the market. The research analyst combining secondary research which involves reference to various statistical databases, relevant patent and regulatory databases and a number of internal a nd external proprietary databases. Cell Line Development Equipment report has focused on each region market
01-30-2019 | Health & Medicine
Future Market Insights
Radiation-Induced Myelosuppression Treatment Market Opportunity Analysis by 2028 …
Rapidly improving healthcare infrastructure and reimbursement scenario has been a major booster for the healthcare industry in developing regional markets. With incessantly increasing number of cancer cases, it is more likely that the subsequent demand for a wide range of treatments adopted to treat cancer patients would also remain on a constant rise over the course of coming years. Radiation therapy has been a significant part of cancer treatment and the
01-15-2019 | Health & Medicine
Fior Markets
Global Crohn's Disease Diagnostic and Therapeutic Market Outlook 2019 - AbbVie, …
This report titled Global Crohn's Disease Diagnostic and Therapeutic Market 2018 by Manufacturers, Countries, Type and Application, Forecast to 2023 has been released by Fior Markets to bring forth the Crohn's Disease Diagnostic and Therapeutic market trends. The market research report portrays definition, an investigation of significant updates in the market, aggressive examination and survey. The on-going trends in the market are also added to deliver an overview of the
Comments about openPR
Your portal is fast, simple, and easy to use. Others may have more functions but they also demand more editing time, you have to preformat the text in order to achieve a good result etc. I think openPR is really fantastic!
Andreas Knepper, wallmedien AG