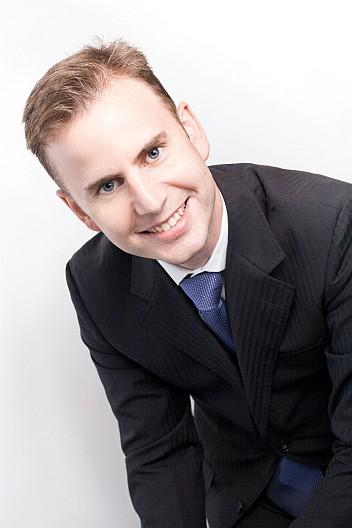 DUBAI, United Arab Emirates– 18 July 2012- The widespread usage of corporate internet facilities for the non-business related purposes is fast becoming a major concern for organizations in the Middle East. Nicolai Solling, Director of Technology Services at help AG, referencing a recent internet usage behaviour report from Palo Alto, the leader in next-generation security and vendor partner of help AG, has stressed the need for enterprises to gain visibility into their employees' online activities as nearly one-third of every dollar spent on bandwidth is supporting either streaming media or filesharing when viewed in terms of budget dollars.“Because organizations do not have the right infrastructure and policies in place to control how their employees use the corporate internet, they have exposed themselves not only to the loss of productivity but also to a myriad of online threats. At a time when we do in fact have the technologies available to grant a very high level of visibility and control over the usage behaviour, organizations cannot choose to simply turn a blind eye. The business impact of such unregulated usage is far to severe to be left unaddressed,” said Nicolai Solling.Palo Alto Networks bi-annual Application Usage and Risk Report assessed the raw application traffic from 2,036 organizations worldwide between November 2011 and May 2012 and focused on 3 primary findings: Streaming video bandwidth consumption increases by more than 300 percent. Since the last version of the report (covering the April to November 2011 time period), total bandwidth consumed by streaming video tripled to 13 percent and now represents a more significant infrastructure challenge to organizations. Furthermore, an average of 34 different streaming media applications were found on 97 percent of participating organizations’ networks. This included an increase in the use of streaming video services such as YouTube and Netflix in North America, as well as an increase in the use of P2P video streaming network PPStream in the Asia-Pacific region.P2P filesharing bandwidth consumption skyrockets. P2P filesharing bandwidth consumption jumped 700 percent to represent 14 percent of overall bandwidth observed, growing more than any other application category. Overall, an average of seven different P2P filesharing applications were found on 89% of networks worldwide. While not as bandwidth-intensive as P2P, browser-based filesharing applications were more common. An average of 13 browser-based filesharing variants were detected on 89 percent of the participating organizations’ networks. Despite the takedown of popular filesharing site MegaUpload in January 2012, browser-based filesharing held steady at roughly one percent of overall bandwidth at organizations worldwide.Social networking continues to define itself and newer players see growth. Tumblr and Pinterest both were notable over the last six-month period for gaining traction in terms of frequency and volume of use, despite the continued dominance that both Facebook and Twitter exhibit. At least one social networking application was detected on 97 percent of the participating organizations, with an average of 29 different social networking applications found in each participating organization.Nicolai Solling insists that enterprises need to address the true cause of their network problems. “Organizations in the region tend to address the problem of poor network performance through the purchase of additional bandwidth. However as the report clearly highlights, it is not the network capacity but the manner in which it is being utilized that the real problem which needs to be addressed. The sooner IT departments define policies around acceptable internet usage the sooner they will be able to regain control of their network infrastructure,” he concluded.The Application Usage and Risk Report (Spring 2012) is available for download at http://www.paloaltonetworks.com/aur. More information about help AG is available at http://www.helpag.com.About help AG help AG is a strategic information security consulting company, founded in Germany in 1995 and has been present in the Middle East since 2004. help AG provides leading enterprise businesses across the region with strategic consultancy combined with tailored information security solutions and services that address their diverse requirements enabling them to evolve securely with a competitive edge.Each and every vendor solution help AG presents to a Client has been thoroughly researched and evaluated. help AG is constantly identifying new and innovative solutions to offer to the market through its own in-house research & development laboratory. For more information, please visit www.helpag.com.About Palo Alto Networks Palo Alto Networks™ is the network security company. Its next-generation firewalls enable unprecedented visibility and granular policy control of applications and content – by user, not just IP address – at up to 10Gbps with no performance degradation. Based on patent-pending App-ID™ technology, Palo Alto Networks firewalls accurately identify and control applications – regardless of port, protocol, evasive tactic or SSL encryption – and scan content to stop threats and prevent data leakage. Enterprises can for the first time embrace Web 2.0 and maintain complete visibility and control, while significantly reducing total cost of ownership through device consolidation. For more information, visit www.paloaltonetworks.com.Media Contact: Colin Saldanha Procre8 Villa 41, 81-d Street, Uptown Mirdif P.O. Box 78835, Dubai United Arab Emirates

01-12-2021 | Arts & Culture
AGP World One
AGP World One's First Breakout Into USA: Limitless with Nicolai Friedrich
[SEATTLE, WA, Jan 11, 2021] — Nicolai Friedrich is a new age magician who has performed more than 3000 shows in countries like Germany, USA, Dubai, India, Hong Kong, to name a few. He has astounded the audience in every single venue that he has performed in and his most prominent take away is leaving the audience gasping in disbelief. The mentalist maestro has bagged numerous accolades & awards like the
03-13-2014 | IT, New Media & Software
help AG
Windows XP End-of-Support to Leave Large User Base Extremely Vulnerable to Attac …
DUBAI, United Arab Emirates, 12 March, 2014: Preceding Microsoft's imminent discontinuation of support for its hugely popular XP operating system (OS) on 8 April 2014, Help AG, a leading information security services and solutions provider in the Middle East, has issued a stern warning to business and home users to discontinue usage of the operating system or risk exposure to flood of security vulnerabilities. Windows XP currently has a 400%
12-17-2012 | Energy & Environment
Kamstrup
Kamstrup Expands in Technology and Development
In a time where European competitiveness is under stress, the smart metering provider, Kamstrup, turns up development. On 3 December 2012 the company inaugurates a new wing to house high-skilled engineers and developers. The Danish minister of European Affairs, Nicolai Wammen, who has green growth as a key issue, will be in charge of the inauguration. Kamstrup manufactures smart meters and systems for intelligent energy management. And because of the growing demand
11-23-2011 | Industry, Real Estate & Constr …
SEMIKRON INTERNATIONAL
464 pages of power semiconductor knowledge now in English
Power Semiconductor Application Manual Nuremberg, 22 November 2011 – Semikron presents the English version of its Application Manual - just in time for the fair SPS / IPC / Drives. The German version is already available. The 464-page-long manual provides electronics experts with detailed information on the selection and use of IGBT, MOSFET, diode and thyristor components. The Application Manual contains detailed application-related information such as electrical configuration for key operating
02-14-2011 | Arts & Culture
Directors Lounge
CINE OPERA (selected works) | AN EVENING WITH MICHAEL NYMAN in cooperation with …
in attendance of Michael Nyman and Myriam Blundell The 7th Berlin International Directors Lounge Meinblau, Pfefferberg Christinenstr. 18 | Schönhauser Allee 176 U Senefelder Platz 10119 Berlin Mitte Mo, 14th, 8 pm free admission “When I started there was no intention to make films or a book of photographs. It happened because I was there, had a camera and an eye and a curiosity, my own visual diaries of a distracted but persistent mind.” Michael
10-07-2008 | IT, New Media & Software
urban team
“FastFoot-Challenge”: First LIVE Channel for GPS Games
The spin-off company “urban team” of the Center for Computing Technologies (TZI) has caused a furor with FastFoot-Challenge in the world of video games. The former computer scientists of the University of Bremen have brought together, what did not belong together before: the combination of sports and video games. In the action game FastFoot-Challenge, up to five players compete against each other with their mobile phones and GPS receivers and
Comments about openPR
I can't but agree to the positive statements about your portal: easy to use, clear layout, very good search function, and quick editing!
Jens O'Brien, Borgmeier Media Communication