What is the secret behind Josephs Quartzy success? The secret is finally revealed. 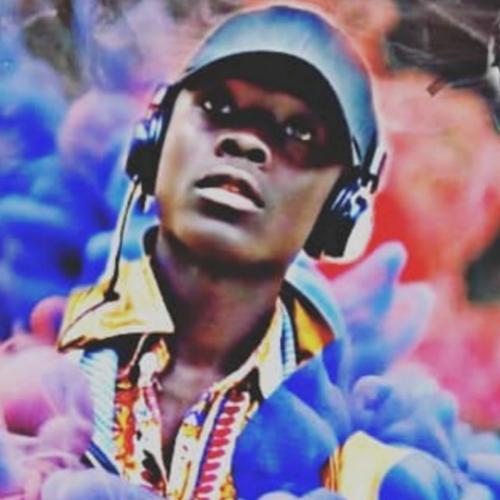 Have you ever met the name, Josephs Quartzy in your searches even once? If your answer is no, in this article you are going to have a lot of hints concerning the african upcoming artist portraying as both an actor, author and a musician all together.You must have asked yourself, "how could a person manage to have all these three industries at once?" Josephs' story is going to give you all the answers you have been seeking, first of all let us look into Josephs Quartzy background story.Formally known as Joseph Marwa, Josephs Quartzy was born April 16, 1999. in Musoma region but spent his childhood life in Kagera region found in Tanzania, Africa . Music The first industry Josephs Quartzy entered first was the music industry that he started his career as a choir singer in 2007 when he was still a young boy but quit due to some school reasons and came to rise again in 2014 as a christian musical singer at Mahende secondary school and until in 2017/18 when he started a musical career as an oﬃcial singer  in a music debut with Damian Addy called The Eastern Bandits. Though Since the year 2020   there has been   rumors concerning departure of a Tanzanian artist, Josephs Quartzy from The Eastern Bandits, a band he has been singing since the start  of his musical career with his fellow Damian Addy. Though Josephs confirmed that he has not left the band and added the quotation that, Eastern bandits for life, fans all over the world doubted that fact because it's a long time mow without a single hit or any session together since the last hitsong Unanifaa that was out on May 2020.Filmography Josephs quartzy made his debut into film industry right in the year 2018 where he casted as a supporting characted in a Tanzanian-american movie called Tanzania Transit, from that moment in Josephs has given his all in the industry by casting in the other movies and Tv shows that are available on the enternet and other streaming platforms. Yhe following are some of the movies Josephs Quartzy casted.1; Mr. Local Man(2019) as Nhwale 2; JQ knew that(2021) as JQ (Episose 1)3; Mission XVI(2019) as Captain Black4; Lucifer'e and the great Controversy(2020l as Ang Joe5; Tanzania Transit(2018) as neighbour6; Lucifer'e and the great Controversy(2020) as Angel Joe.Books Josephs Quartzy started writing books when he was a high school student back in 2018 the same year he debuted into the film career.His writing skills were not great back in days but he improved time after time because he wanted to be as a big figure as his inspiration, Plato thus he could not get down his passion and love for books. His first ever book was The World of Pholosophy followed by New people in codes, life's Telescope and a novel, Malaika aliyepotea(The Lost Angel) which were both not officially published.In 2021 Josephs Quartzy made published his first ever official books that are available on digital bookshelves and in hard copies which are all sold for profit. The books are I Married a dead woman, Wonder Wife and The Power of Love.Looking at these all, what was the secret behind Josephs' achievements? First of all Josephs avoided disturbances like love affairs to get enough time to yhink about his works, sacrificed his everything including body and brain for his work, never said enough and he always study and think of moving forward always.AZnewzz Incorporation P.O.BOX 2976, RussiaAZnewzz Incorporation is an online Platform that is based on releasesing news concerning trends and cerebrities lifestyles.

You can edit or delete your press release What is the secret behind Josephs Quartzy success? The secret is finally revealed. here

07-15-2021 | Fashion, Lifestyle, Trends
AZnewzz Inc.
DARKROOM: NEW JOSEPHS QUARTZY ALBUM WILL BE OUT ON JULY 23rd
A long awaited Music album by a Tanzanian singer, Josephs Quartzy is set to be out on July, 23rd early this year. The album is said to have a total of 3 tracks. When asked about the number of tracks in the album being few, Josephs Quartzy mentioned that as being the consideration of quality and mot the quantity. Josephs Quartzy has been too busy recently and he assured his fans that

05-09-2019 | Arts & Culture
Adelaide Books
New Book By Joseph Sneva: Another Day in Paradise
ADELAIDE BOOKS is proud to offer the latest work by Joseph Sneva Another Day in Paradise hitting stores everywhere on March 1st, 2019. 40-year-old Quinn Kershaw reminisces of a chapter in his life where escaping his small hometown for a taste of the city life quickly becomes a series of events that he will never forget. The freedom of young adulthood and new experiences lands this 21-year-old a minimum wage job
12-15-2017 | Leisure, Entertainment, Miscel …
Music Promotion Club
Joseph Higgins Comes With His Emotional Music “Stop Racism”
Hip-hop mainly streamed from the idea to put the racism far behind and focus on the bright side of the society. Joseph Higgins too has given importance to this factor and made his song a brilliant one. The peppy song with a perfect blend of vocal and instrument in the background is quoted nice. “Stop Racism” is a typical Christian rap which is intended to stop racism worldwide and bring
09-07-2017 | Business, Economy, Finances, B …
Apex Research
Cutting Boards Market 2017 - John Boos, Epicurean, Joseph Joseph, Edward Wohl
Apex Research, recently published a detailed market research study focused on the "Cutting Boards Market" across the global, regional and country level. The report provides 360° analysis of "Cutting Boards Market" from view of manufacturers, regions, product types and end industries. The research report analyses and provides the historical data along with current performance of the global Cutting Boards industry, and estimates the future trend of Cutting Boards market on
03-30-2016 | Politics, Law & Society
Archer Communications, Inc.
Trevett Cristo Announces Joseph A. Gawlowicz as Partner
Rochester, NY, March 29, 2016 - Trevett Cristo Salzer & Andolina, P.C., a NY-based law firm with expertise across a broad range of labor union, commercial and personal practice areas, is proud to announce Joseph A. Gawlowicz has been named Partner. Gawlowicz has part of the firm’s team of labor, employment and benefits attorneys for the past three years and now joins Trevett Cristo’s established team of practicing partners in this
04-08-2015 | Sports
Voices.com
Voices.com's Joseph Zieja Announced as Voice of Boston Marathon
The voice-over industry's biggest up-and-comer and a former military officer, Joseph Zieja, has just been signed to be the voice of the promo for the 2015 Boston Marathon. Discovered through an open audition on Voices.com, Joseph Zieja, who is credited with being the voice of projects for The United States Air Force Academy, Spotify, Red Bull,and hundreds of others, will be heard in promo spots for the marathon that will be
01-12-2011 | Fashion, Lifestyle, Trends
Joseph Aviv
Joseph Aviv 2.0 - Joseph Aviv Fine Jewelry Launches New Collection and Wholesale …
FOR IMMEDIATE RELEASE: Joseph Aviv Joseph Aviv Fine Jewelry (800) 231-3130 sales@JosephAviv.com www.josephaviv.com HALLANDALE, FL, January 10, 2011 - With 32 years of excellence under his belt, Fine Jewelry Designer, Joseph Aviv, has no plans to slow down anytime soon. In fact, he's just getting started! As designer, diamond aficionado, and handmade artisan, Joseph Aviv continues to bring about beautiful creations like his most recent collection, the Black & White Collection, which features beautiful pave
Comments about openPR
I can't but agree to the positive statements about your portal: easy to use, clear layout, very good search function, and quick editing!
Jens O'Brien, Borgmeier Media Communication