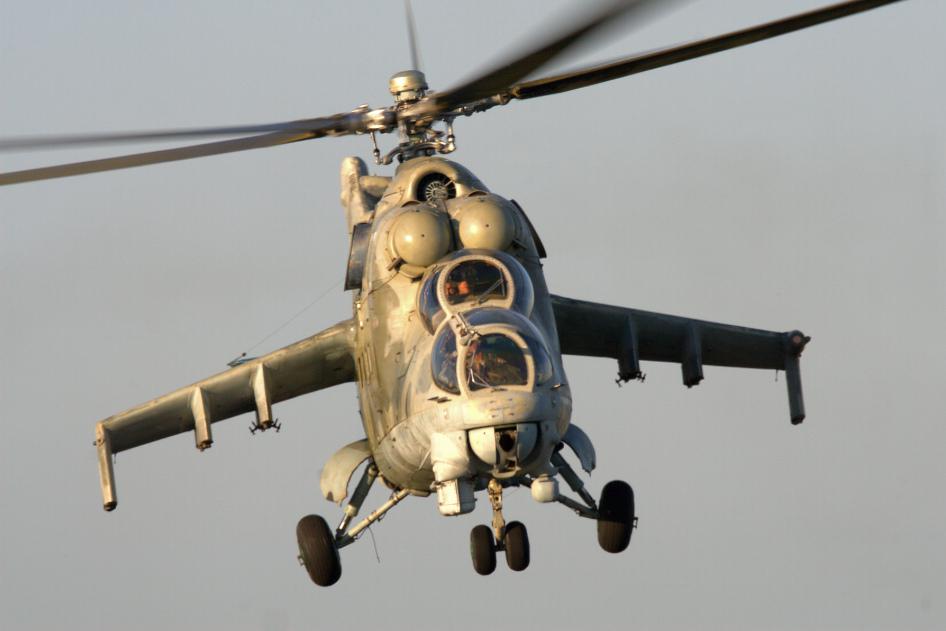 Cold War Air Museum is proud to present its Mi-24 Hind helicopter at the Thunder Over Cedar Creek Airshow 2012 on July 7. This marks the first time the aircraft has made an appearance at this central Texas airshow.Show attendees can take a tour of the crew cabin or sit in the cockpit of this heavily armored helicopter. Later they can watch as the Hind takes to the air and flies an intense low-level demonstration over the lake. Its shape, sound and dimensions are distinctively awe-inspiring and will attract much attention from over 40,000 spectators at the only over-water show in the Southwest.The Russian built Mi-24 Hind helicopter is extremely rare in the United States where only three are registered to civilian operators. This Mi-24 Hind is one of two operated by the Cold War Air Museum based in Lancaster, Texas, just south of Dallas. Designed as an assault gunship, it has been used by over 50 different countries around the world in various conflicts. It is most famous for its use by the Soviets in Afghanistan from 1979 to 1989. Weighing a massive 26,500lbs and powered by over 4,400 horsepower, the Hind is one of the fastest helicopters in the world, easily exceeding 200mph in level flight.The Thunder Over Cedar Creek Airshow is a charity event with proceeds going to Fisher House, a non-profit group that assists with the lodging of wounded military personnel and their families. The flying begins at 6pm and features over 20 different aerial performers.Officially formed in 2004, The Cold War Air Museum is a 501c(3) non-profit with over 15 aircraft in its inventory. These range from helicopters to supersonic jets. All of the aircraft are either flyable or in the final stages of getting their FAA certification.The fact that the aircraft are operational helps to fulfill the museum's vision which is to educate the public about the Cold War era of our world's history, motivate individuals to become involved in aviation, to evaluate the differences in Soviet and American design philosophies and to display rare and important aircraft at airshows and educational events nationwide.The Cold War Air Museum is open from 10am to 5pm daily (except holidays). It is located at the Lancaster Airport just south of Dallas, TX.Cold War Air Museum850 Ferris Rd Lancaster, TX 75146Director: Pete Coz PeteCoz@cwam.org www.cwam.orgPress Contact: Christopher Williams 972-310-8114