Power Market Have High Growth But May Foresee Even Higher Value 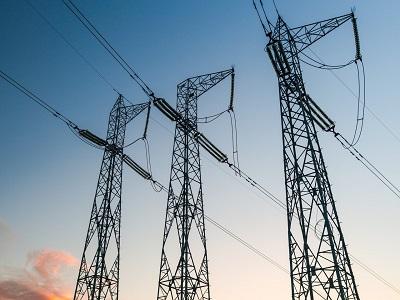 03-17-2020 | Leisure, Entertainment, Miscel …
Digz Media Group
Keldamuzik scores huge placement deal
Music artist Keldamuzik is happy to announce the placement of her latest song "I Don't Care" which was featured on Bravo TV's Real Housewives of Atlanta. "I Don't Care" is a single from her 4th album "Diva TV, The Album", which stemmed from her reality TV series that aired in the early 2000's called Diva TV. Keldamuzik who has been in the music industry, has sought out different ways to
09-18-2018 | Business, Economy, Finances, B …
Spire Research and Consulting
Walmart nails deal with Flipkart
In the e-commerce sector’s biggest deal yet, retail giant Walmart paid USD16 billion to acquire a 77% stake in Flipkart – one of India’s most successful e-tailers. With India’s e-commerce sector set to grow four times by 2023, Walmart is looking at supporting Flipkart’s ambition to become a publicly-listed subsidiary in the future. However, the revenue growth rate for Flipkart in 2016-17 was only 29%, a far cry from the 50% growth
09-18-2018 | Advertising, Media Consulting, …
Cups Media Pte Ltd
What is the big deal
What’s the big deal? It seems innocent right? Afterall, it’s just a group of teenage boys making a friendly bet on their favourite sports team during the world cup, or a group of friends are enjoying the poker during the festival. But these activities aren’t harmless. Researchers have constantly cautious that teens gamble for all sort of reasons – entertainment, challenge, pride, fun, to win money, or to impress their
12-21-2017 | Business, Economy, Finances, B …
Bclique
Multi-million Diamond Deal busted
Bclique a social network for entrepreneurs uncovered a multi-million diamond deal which was being conducted under its hood by some Bclique members. The diamond deal was unearthed this week by the vigilant Bclique team.All the members involved in the deal had their Bclique accounts suspended pending investigation being carried out by the Bclique team . The team suspects these diamonds not to be legit and are demanding to see the
10-28-2010 | IT, New Media & Software
iiNet Australia
VMware Signs Deal with iiNet
VMware’s Zimbra brings innovative email and collaboration services to iiNet business and consumer customers SYDNEY, Aust.–VMware (NYSE: VMW), the global leader in virtualization and cloud infrastructure, today announced that iiNet, Australia’s third largest Internet service provider, has selected VMware’s Zimbra Collaboration Suite to power its new cloud-based email platform with the purchase of over a million Zimbra mailboxes. As part of Zimbra’s first major service provider deal in Australia since
07-26-2007 | IT, New Media & Software
Perot Systems
PEROT SYSTEMS INKS APPLICATIONS DEAL
Bangalore – July 26, 2007 — Perot Systems Corporation (NYSE: PER) today announced that Fortune 500 company, YRC Worldwide has selected Perot Systems to support development of future business systems for the company’s multiple brands. Terms of the multi-year consulting and applications services agreement were not disclosed. The business relationship includes supporting and modernizing current applications across divisions of YRC Worldwide. It also includes migrating to standard architecture and
Comments about openPR
Your portal is fast, simple, and easy to use. Others may have more functions but they also demand more editing time, you have to preformat the text in order to achieve a good result etc. I think openPR is really fantastic!
Andreas Knepper, wallmedien AG