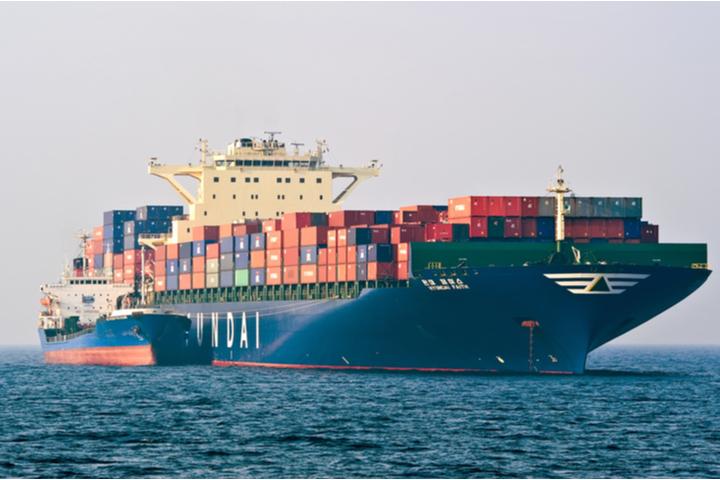 Rise in marine borne trade has increased the demand for bunker fuel and bunkering services. Increase in oil & gas exploration activities in emerging oil regions drives the growth of the bunker fuel market as many bunker fuel suppliers changed their focus of operation to these offshore resource sites. In addition, fuel reduction initiatives by shipping industries are expected to hamper the market growth. Therefore, due to stringent environmental regulations regarding marine environment, the shipping industry has decided to reduce the use of residual fuel oil that contains contaminants such as nitrogen and sulfur. The shipping industry is focusing toward new alternative such as LNG, which is less harmful to the marine environment. Growth in opportunities for market players to expand business of bunker fuel in emerging economies such as India, Japan, and China is expected to provide lucrative opportunities for the growth of the global bunker fuel market, due to exploration of untapped hydrocarbon reserves in these oil emerging countries.Global bunker fuel market size was valued at $120.1 billion in 2019, and is projected to reach $130.1 billion by 2027, growing at a CAGR of 3.1% from 2020 to 2027. Bunker fuel is a type of fuel oil that is used abroad vessels. It is poured into ship’s bunkers to power its engines. Bunker fuel gets its name from tanks on ports and in ships that it is stored in. Previously, they were known as coal bunkers but now they are called as bunker fuel tanks. Bunker fuels are used to power their motors, engine, drive, and other equipment in the marine vessels. With the implementation of IMO-2020 regulations on sulfur content in the marine fuel from January 2020, there is increase in attention toward utilization of low sulfur fuel oil from key players operating in this market. However, heavy fuel oil or high sulfur fuel oil can be used on the ships where scrubbers are installed. Request for Customization@ https://www.alliedmarketresearch.com/request-for-customization/2143On the basis of the region, the market is analyzed across four major regions such as North America, Europe, Asia-Pacific, and LAMEA. Asia-Pacific garnered the dominant share in 2019, and is anticipated to maintain this trend during the forecast period. This is attributed to numerous factors such as presence of huge consumer base and increase in maritime trade activities in the region. Moreover, presence of the developing countries such as China, Japan, Singapore, South Korea, and India is anticipated to contribute toward the growth of the bunker fuel market in Asia-Pacific.The global bunker fuel market analysis covers in-depth information of the major industry participants. The key players operating and profiled in the report include BP p.l.c., Exxon Mobil Corporation, Royal Dutch Shell PLC, Lukoil, Sinopec Group, Gazprom Neft PJSC, Chevron Corporation, PETRONAS, Total SE, and Neste.Other players operating in the value chain of the global bunker fuel market are Saudi Arabian Oil Company, Marathon Petroleum Corporation, Valero Energy Corporation, Minerve Bunkering, World Fuel Services Corporation, Gac Bunker Fuels Limited, and Bomin Bunker Oil Corp.Connect to Analyst@ https://www.alliedmarketresearch.com/connect-to-analyst/2143Depending on the type, the high sulfur fuel oil segment held the highest bunker fuel market share of around 72.65% in 2019, and is expected to decline its dominance during the forecast period. This is due to implementation of IMO-2020 there will be decrease in demand for HSFO, which in turn is expected to hamper the market growth in the upcoming years.On the basis of commercial distributors, the oil major segment holds the largest share, in terms of revenue, and is expected to maintain its dominance during the forecast period. This growth is attributed to dominance of oil majors in the crude oil tanker chartering business across the globe.On the basis of application, the container segment holds the largest share, in terms of revenue, and is expected to grow at a CAGR of 3.5%. This is owing to increase in demand for cargo transportation through ships and rise in trade-related agreements. In addition, rise in number of manufacturing units and factories in the region such as Asia-Pacific and LAMEA is anticipated to drive the growth of the bunker fuel market for container shipping.Contact us: David Correa 5933 NE Win Sivers Drive #205, Portland, OR 97220 United States Toll Free: 1-800-792-5285 UK: +44-845-528-1300 Hong Kong: +852-301-84916 India (Pune): +91-20-66346060 Fax: +1-855-550-5975 help@alliedmarketresearch.com Web: www.alliedmarketresearch.com Follow us on: https://www.linkedin.com/company/allied-market-researchAbout us: Allied Market Research (AMR) is a full-service market research and business-consulting wing of Allied Analytics LLP based in Portland, Oregon. Allied Market Research provides global enterprises as well as medium and small businesses with unmatched quality of "Market Research Reports" and "Business Intelligence Solutions." AMR has a targeted view to provide business insights and consulting to assist its clients to make strategic business decisions and achieve sustainable growth in their respective market domain.

04-07-2021 | Energy & Environment
Allied Analytics LLP
How Will Wind Turbine Market Generate $134.60 Billion, During 2017-2023?
Wind turbine allows to harness the power of the wind and turn it into the electrical energy. Wind energy is one of the most affordable, clean, and readily available renewable energy source. It is considered as the cleanest energy sources of energy and is also one of the alternatives for depleting fossil fuel resources. The major benefit of wind energy is cost certainty as it is one of the cheapest
04-07-2021 | Energy & Environment
Allied Analytics LLP
How Technological Innovation To Leverage In Fire Suppression Equipment Market?
The fire suppression equipment market is segmented by equipment type, fire type, application, and region. Based on equipment type, the market is categorized into fire detectors, fire alarms, fire suppressors, sprinklers, nozzles, caps, and control heads, and others. The fire suppressors segment dominated the market share for 2019 followed by fire detectors. Fire detectors segments is forecasted to grow at a higher CAGR owing to increased awareness and government regulations
04-07-2021 | Energy & Environment
Allied Analytics LLP
How technology has changed the Smart Energy Market during 2020- 2027?
Growing preference of sustainable energy resources such as solar and wind is expected to drive the market growth in forecast timeframe. In addition, the mandatory installation of smart meters in households and commercial areas is expected to boost the growth of the smart energy market. In addition, increase in demand for efficient energy technologies such as implementation of IOT (internet of things), will further drive the demand for various smart
04-07-2021 | Energy & Environment
Allied Analytics LLP
Increasing Popularity of Green Power Paves The Way For Eco-Friendly Future
Zero emissions and low carbon footprint are the prime reasons behind the growing popularity of the green power market. According to Allied Market Research, the global green power market is projected to reach $103.5 billion by 2027, growing at a CAGR of 12.3% from 2020 to 2027. Increase in popularity of green power While the advancements in green power are promising, green power has its work cut out. Currently, conventional energy technology