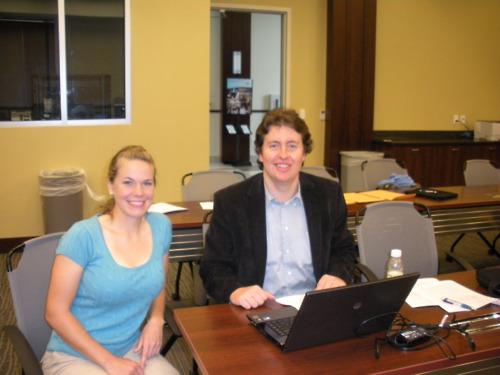 Evan Guthrie of the Evan Guthrie Law Firm in Charleston, South Carolina provided wills and estate planning for first responders in Columbia, SC on Saturday April 28th 2012 as part of a wills clinic put on by the Young Lawyers Division of the South Carolina Bar. The wills clinic was held at the South Carolina Bar Conference Center in Columbia, South Carolina with several young lawyer volunteers donating their time to provide a critical service to those that protect and serve the state and community. The first responders that participated in the clinic included police officers, fire fighters, and EMS from various state and local agencies. The wills clinic provided the participants with a simple will with a personal property memorandum, a living will or declaration for a desire of natural death, and a health care power of attorney. These estate planning documents and advance directives were provided free of charge to the responders that took part in the clinic and were witnessed and notarized on scene at the clinic so that everyone could leave with completed documents. The inherent risk and dangers associated with being a first responder such a police or fire fighter makes the need for an estate plan especially great and critical. The first responders that put their lives on the line every day to serve everyone in the community and it is a small way that attorneys can say thank you by putting on the clinic. Attorney Evan Guthrie participated in the Columbia wills clinic for the second year in a row and this was the second first responder clinic he took part in during the year after being a part of the one in Charleston SC earlier in the month. Attorney Guthrie enjoyed being able to use his legal skills to give back and looks forward to participating in future events for the Young Lawyers Division.Evan Guthrie Law Firm is licensed to practice law throughout the state of South Carolina. The Evan Guthrie Law Firm practices in the areas of estate planning probate wills living trust special needs trusts personal injury accident and divorce and family law and entertainment law. For further information visit his website at http://www.ekglaw.com . Follow on Twitter http://twitter.com/ekglaw Like on Facebook http://www.facebook.com/ekglaw . Avvo http://www.avvo.com/attorneys/29401-sc-evan-guthrie-3562169.html LinkedIn http://www.linkedin.com/company/2526866 Google + https://plus.google.com/107380867225921981464/about Evan Guthrie Law Firm 164 Market Street Suite 362 Charleston SC 29401 843-926-3813Evan Guthrie Law Firm 164 Market Street Suite 362 Charleston SC 29401 843-926-3813