John Stortz & Son Moves to The Next Generation 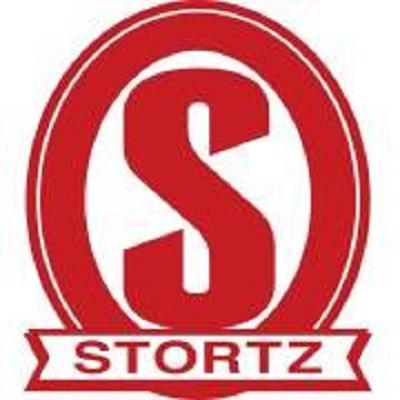 Philadelphia PA: Founded in 1853, John Stortz & Son is a Philadelphia based business specializing in providing high quality tools for metal and slate roofing contractors. Since 1984, the company president has been John Stortz. Just like the original John Stortz who founded the business, John has decided that it is time to pass the business on to his three sons. Tom, Jeff, and Sam Stortz have all been involved in the business for some time, and they are excited to take on this new position of leadership. This marks the fifth generation of the Stortz family to take over the family business. The original John Stortz arrived in Philadelphia planning to head west and find his fortune in the gold fields of California. While in Philadelphia, his skills as a tool maker earned him a reputation and he decided to put down roots. He decided to buy a building on 210 Vine Street in Philadelphia that was once used for cutlery and tool manufacturing and set up his own business in the city.Now, over a century and a half later, his ancestors are still honoring the tradition of making and selling fine tools. Over the years, the Stortz family have serviced a wide range of industries, helping to create the tools that craftsmen need and adapting to new markets over time. Their catalog may no longer include ice tongs or cobblestone paving hammers, but their modern roofing equipment is second to none.Their inventory includes some of the best specialty roofing tools including a wide range of hand tools like floor scrapers, chisels, and brick hammers that are still made under the Stortz brand. While their team knows that creating their own tools offers control over quality and innovation, they also know that there are other manufacturers around the world with a similar dedication to their craft. To this end, the Stortz team is constantly working to find the best tools to offer their customers.By travelling across the globe and forming relationships with other tool companies, the team at John Stortz & Son are able to offer some of the highest quality roofing tools on the market. On their website, contractors and distributors can find a wide variety of roofing tools including metal cutting tools like tin snips and metal benders like sheet metal brakes, seeming tools, and edge folders.John Stortz & Son has remained in business for so long by understanding and fulfilling the needs of their customers. As the business passes to new hands, the Stortz brothers are excited to uphold that tradition by continuing to offer their customers only the best metal and slate roofing tools available. If you are looking for these tools for your business, visit their online store and take a look at what John Stortz & Sons has to offer. John Stortz & Son Address : 210 Vine Street, Philadelphia, PA, 19106 Phone: 888.847.3456 Email: sam@stortz.com Website: https://www.stortz.com/210 Vine Street, Philadelphia, PA, 19106www.stortz.com - A 5th generation company established in 1853 specializing in hand tools: roofing, masonry, paint, & scraping tool categories.