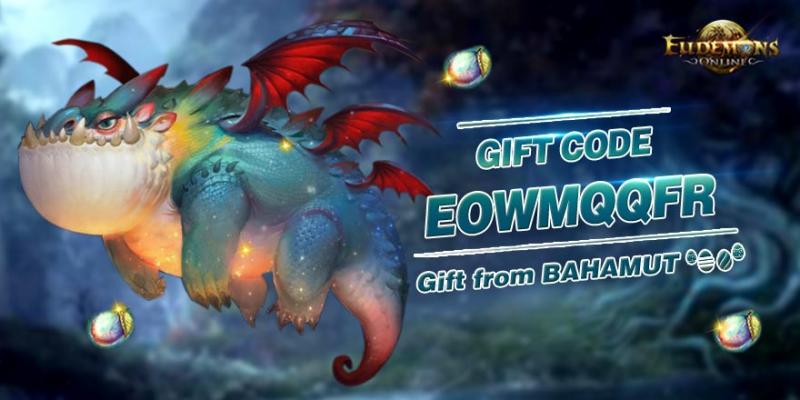 A new divine beast, Bahamut, is coming to the world of Eudemons(https://www.eudemons.com) ! As the lord of Dragon Skyland, its dragon breath makes the earth tremble and its giant body shines like rainbows and stars. Though it's chubby, it travels thousands of miles a day! Here is your chance to get this limited new Eudemon! Download Eudemons Online(https://www.eudemons.com) and claim your Gift Pack from April 1 to April 12! The new chapter of your adventure starts here with Bahamut! For players unfamiliar with Eudemons Online, it is a MMORPG set in the mythic fantasy world of Cronus. Players pick from one of 7 classes: Warrior, Mage, Paladin, Vampire, Necromancer, Shadow Knight and Elf Ranger, allowing players access to a wealth of skills and unique Eudemons to help on their quest. Eudemons, as the game is named for, refer to the robust pet system that allows players to hatch, evolve, train, and enter battle with over 100 different Eudemons, bringing up to three into battle at one time. The game gives experience at lightning speed, making it possible to reach level 20 in only 15 minutes of game play just by grinding some of the low level enemies. One of the other features of Eudemons Online are the PvP mechanics, which span from player vs. player dueling and open world player kill to all-out legion wars and PvP tournaments. (How to Claim Gift Pack: Step 1: Copy the Gift Pack Code down below. Step 2: Download Eudemons Online and choose your favorite server. Step 3: Find 'Hot Event' in the game and enter your Gift Pack Code, and then you may claim your pack from Lorraine (Prize Legate) in the market.)Wenquan 69, Fuzhou, Fujian, ChinaOne of the best Chinese company

You can edit or delete your press release Limited Eudemon Bahamut Released! here

10-18-2017 | Leisure, Entertainment, Miscel …
NetDragon Websoft Holdings Limited
Conquer Online is About to Open a New Era Today!
The highly-expected new version of Conquer Online (http://co.99.com) is to release today, on October 17th. It’s been total 14 years, since this game started its first step. Along the way, time has witnessed so many memories of laughter and tears. Every second is truly cherished. https://youtu.be/Y0B95XQszh8 14 YEARS OF CO, TIME WITNESSES In the update today, Conquer Online changes its old look into a more advanced one. Major maps and classes have been
10-02-2017 | Leisure, Entertainment, Miscel …
NetDragon Websoft Holdings Limited
Biggest Upgrade of Conquer Online Arrives on October 17th
As a 14-year-old game, Conquer Online (http://co.99.com) never stops making changes. With the updates of Kingdom War, Beyond Perfection and Windwalker, Conquer Online keeps its vitality and grows with players. This October, Conquer Online will release its second major update this year, after the Windwalker expansion back in January. The graphic design of old classes and main maps will be entirely upgraded for better visual experience. New Look of Ninja What’s more, optimizations
Comments about openPR
OpenPR is clearly structured and remains true to its principle of confining itself to the essential parts. OpenPR has proven to be a very good and reliable partner to our media agency: Within the shortest time the releases are online and go down well with the media representatives. The success of OpenPR is reflected in the steadily increasing number of press releases. It is good that OpenPR exists!
Ursula Koslik, Director Marketing & PR, F+W Hamburg