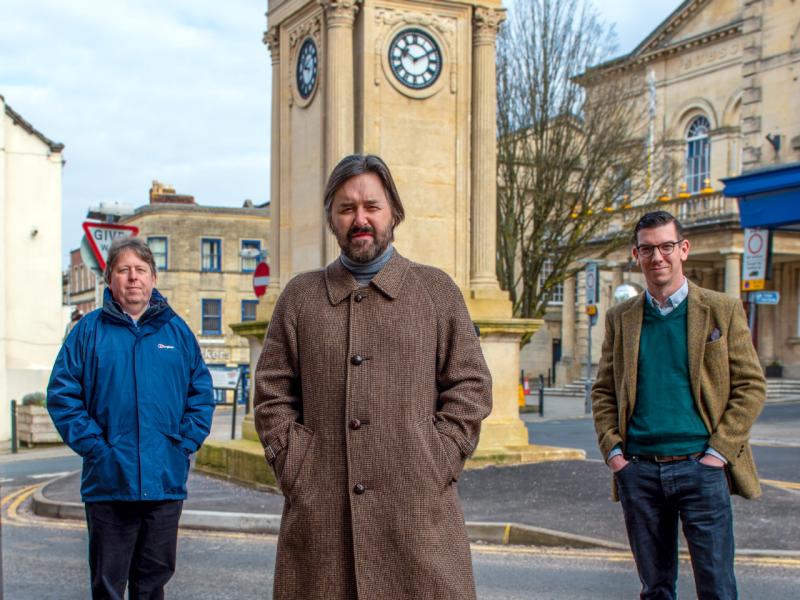 Living in the community they serve, editor Ash Loveridge, journalist Matt Bigwood, and photographer Carl Hewlett have joined forces to provide free-to-view local content devoid of a clickbait agenda and pop-up adverts. Encompassing the Stroud locality, the team is dedicated to publishing engaging human interest stories, comprehensive sports coverage, supporting and championing local businesses’ success, and leading the way with high-quality photography and video.Ash cut his journalistic teeth at the Stroud Mercury before moving to The Citizen, he then went on to spend 18 years as sports editor of the Stroud News and Journal. Recently Ash has been working on a freelance basis for BBC Sport and Sky. On the birth of Stroud Times, he said: “I’m delighted to launch this new venture alongside Matt and Carl and we’re extremely excited to bring something fresh to the town and the surrounding area. “We believe there’s a need for a news website that really connects with the people it serves.” Matt co-founded the Wotton Times with Simon Hacker in 2018, a paid-for hyperlocal newspaper covering Wotton-under-Edge and surrounding areas in Gloucestershire. He began his career in the 1980s at the Bailey Newspaper Group and has a close affinity with the town, having previously worked as a photographer for the Stroud News and Journal. Carl also began his career at the Stroud News and Journal, working alongside Ash as the staff photographer before moving on to an agency covering news and Premiership rugby. In 2017 Carl turned freelance providing commercial photography and design services to brands across the UK and has spent time during the recent lockdown constructing the new Stroud Times website. Carl said: “The Stroud District has such a vibrant community that deserves a fresh news website that engages and informs. I believe Stroud Times will be a welcome source of information to both residents and businesses alike.”Stroud Times C/O Chris Mattos Tax The Old Police Station Stroud Gloucestershire GL5 4BJPress Contact: Carl Hewlett - carl@stroudtimes.com 07508240919Stroud Times is a new independent community-based news website serving the Stroud District. Formed by Ash Loveridge, Matt Bigwood and Carl Hewlett who have all worked on local newspapers during their career. With traditional print media circulations falling they felt the need for a new, contemporary news website that serves the local community.Stroud is a local government district in Gloucestershire, England. It is named after its largest town, Stroud. The district is mixed and consists of part of the Cotswolds and the Vale of Berkeley, an area of the flat, fertile valley of the River Severn. The town of Stroud is the largest in the area. The southern portion of the district is served mostly by its own market towns, chief among which are Dursley and Wotton-under-Edge.