Alee Houston: Looks forward to be back on stage! 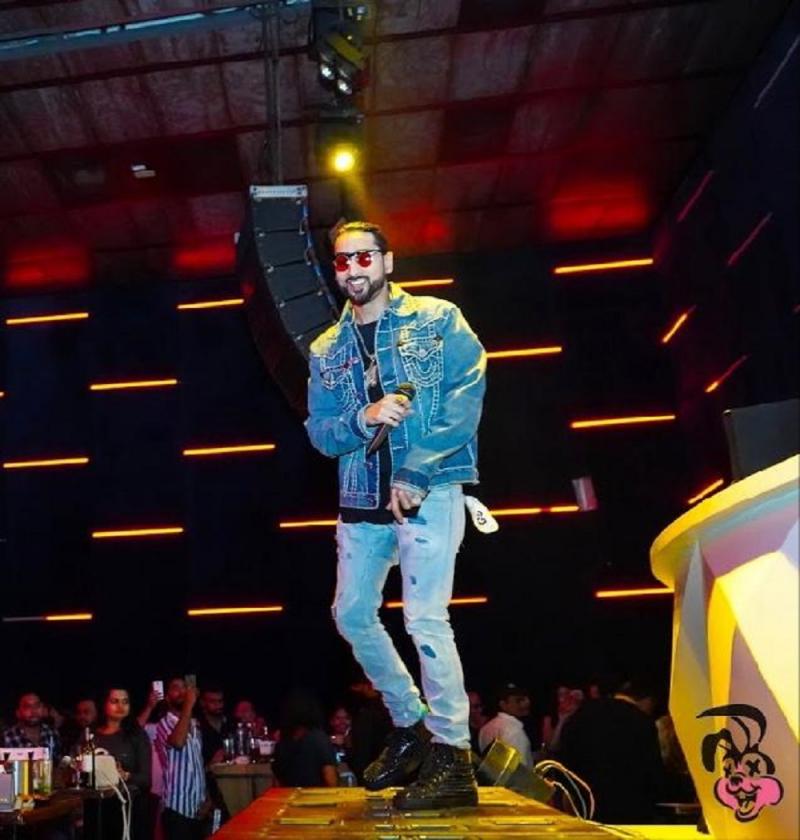 Alee Houston: Looks forward to be back on stage

After 2020 disrupted all our clubbing and party plans, this year we have the “Perfect Party Rocker” back to amaze us with his dope tunes! In conversation with Alee Houston, we unveil his big plans for 2021! “Can't wait to get back on the stage and perform my new songs!!” Finally, out from a year of staying at home and normalcy kicking in, Alee Houston wants to this “new normal” to be epic. The “total entertainer” is back in his arena to make his underground rap world fans dance his tunes. After receiving extreme support from his fans on his lockdown release – “Mehbooba” in July, Alee Houston said, “I look forward to get back on stage and meet my fans all over the world”. The Desi Star plans to perform his new songs in several concerts alongside many hip hop artists attracting a huge crowd from all over! After having received so much praise and recognition from his previous singles, Houston is positive to entertain his fans more than ever with his upcoming releases. Alee is thrilled to meet new people! “Shout out to the friends that became family”, Alee captioned his latest Instagram post showing his deep appreciation for everyone he meets. “See you soon in your city!”Houston lives to vibe with the crowd! Having performed all over the world, he is pumped to perform again in the top clubs of USA and India. “I connect with my fans on a very emotional level, I make music that makes them feel good”, Houston said. Alee Houston has touched almost all genres of music since he started in 2011; the audience is ensured to have a night full of emotions and fun in his upcoming concerts.Social PR Network socialprnetwork@gmail.com 9314002056 www.socialprnetwork.com Sangam vihar, Jonesganj, Ajmer, Rajasthan 305001Alee Houston has released songs with several well-known record albums like Zee Music India, DJ Shadow Dubai, Sony Music India and many more with hit songs – Rich, Mehbooba, O Bewafa to name some. Stream his music on all major music platforms!

You can edit or delete your press release Alee Houston: Looks forward to be back on stage! here

03-09-2020 | IT, New Media & Software
Openpr
Empowering Women is Empowering Economy
9 March 2020, Mumbai - India Did you know that currently, the Female Labor Force Participation is only 26.97%! As per the International Monetary Fund (IMF), India's GDP is likely to intensify to as much as 27%, if women's participation in India becomes equal to that of men. Is it too much to ask? Researchers believe that women in business are the key to increased business, the Financial Future is
12-30-2019 | Business, Economy, Finances, B …
Openpr
Tracedeals.in becomes India’s first coupons & deals website with ultra-fast li …
(24 Dec 2019) Hyderabad based startup, Tracedeals.in has become the first coupons & deals website in India to add the fastest live search to find the best deals from leading eCommerce websites. Live search will enable visitors to view the results in real-time, with the best deals shown as and when they happen across websites. “We are delighted to be among the pioneers in providing the best and relevant deals
12-30-2019 | Business, Economy, Finances, B …
Openpr
Ban Labs offers a Festive Discount of 50% on the entire range of CARE Organic Gr …
21- Dec- 2019, BAN Labs was founded by Dr. D. K. Patel in 1966 with the aim of promoting the core essence of Ayurveda. Ban Labs is a 4000+ strong team today, being managed by Mr. Maulesh Ukani, Director. “We take utmost care to ensure our customers enjoy the best green-tea experience. It is plastic-free and no stapler pin is used so it is safe and ecofriendly for everyday health support.
12-18-2019 | Industry, Real Estate & Constr …
Openpr
Simplifying farmers’ lives through technological revolution: Farmkart leading …
18 Dec 2019, The recent launch of an agritech startup’s e-commerce platform for farmers in Barwani proves technology and startups are way beyond the big cities’ corridors. Recently, Barwani, an agri-centric region of Madhya Pradesh, witnessed a wave of a technological revolution in the form of Farmkart, a new generation startup transforming the Indian agriculture industry. Founded in 2017 and based in Barwani, Farmkart offers pioneering solutions that digitize the

03-01-2021 | Business, Economy, Finances, B …
Houston Party Time Rentals
Houston Party Time Rentals - providing bounce houses in Houston
Houston Party Time Rentals are providing bounce houses and party entertainment in Houston, Cypress, Sugar Land and surrounding areas. The company has been involved in inflatable rentals for many years and is ready to provide fun and entertainment to the people of Texas during 2021. With the last year seeing party rental companies struggle, Houston Party Time Rentals is eager to hit the ground running next year, and has reinvested in its
11-12-2012 | Business, Economy, Finances, B …
Hurricane Grill & Wings
Hurricane Grill & Wings Announces Houston Development
Award-Winning Wing Restaurant To Add Five New Restaurants In Texas WEST PALM BEACH, FL (OCTOBER 30, 2012) – Hurricane Grill & Wings is excited to announce a new development agreement, adding five new restaurants to the Houston area. Currently, the island-inspired restaurant has over 48 locations in eight different states. Hurricane Grill & Wings has one other Texas location in San Antonio that has achieved enormous success since its opening in
08-16-2011 | Business, Economy, Finances, B …
ColorTyme
Franchisees open second ColorTyme in Houston
HOUSTON – Aug. 15, 2011 – Just three months after opening their first rent-to-own store, owners Mike Do and David Rogers have added another ColorTyme to the Houston area. The new location will offer rent-to-own appliances, electronics and furniture to residents in the city’s southwest region. “We are thrilled to open another ColorTyme in Houston. After the successful opening of our store on 1808 Wirt Road, we wanted to extend the
03-07-2011 | Business, Economy, Finances, B …
Atlas Truck Sales, Inc.
Houston Company Supplies Bucket Trucks Nationwide
Houston, TX March, 2011. Bucket trucks are useful in many projects, including mechanical contracting, work with electric utilities, sign campaigns, lighting maintenance, tree trimming, and other high load services. These heavy duty vehicles allow for high lift bucket applications, as well as short reach applications. Atlast Truck Sales, Inc. is drawing attention because of their ability to provide Bucket trucks, and other work vehicles, to contractors all
02-16-2011 | Business, Economy, Finances, B …
Atlas Truck Sales, Inc.
Houston has Trusted Source for Digger Trucks
Houston, TX February, 2011. Atlas Truck Sales, Inc., has been a local favorite since its opening over 20 years ago, in 1989. The business is family owned and operated, with Tommy Corbin currently acting as operations manager. Corbin takes a lot of pride in running this business, personally handling each transaction from start to finish in the hopes of creating a repeat customer. This personal
04-16-2010 | Politics, Law & Society
Gardere Wynne Sewell LLP
Rubin Joins Gardere As Houston Corporate Partner
HOUSTON – Gardere Wynne Sewell LLP announced today that Steven D. Rubin has joined the firm as a partner in the Houston office. Mr. Rubin, who joins the Corporate Practice Group, represents private equity clients, handling mergers and acquisitions and securities transactions. His clients include those in the energy, healthcare, telecom and financial services industries. He also has extensive experience in cross-border transactions, particularly for Mexican issuers. Mr. Rubin joins Gardere
Comments about openPR
We publish our press releases on openPR.de because we like people who are "open" - just like us.
Frank Obels, CEO, INCONET - Informationssysteme, Communication und Netzwerkberatung GmbH