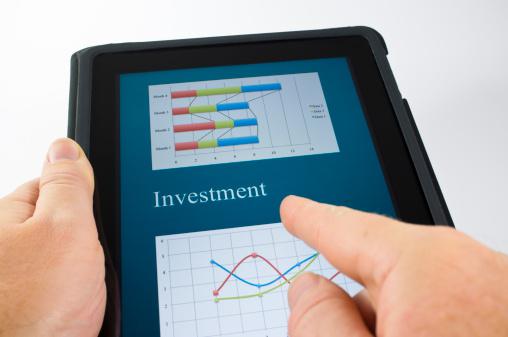 George Leong, contributor to Profit Confidential, estimates the global market for tablets will rise to around $31.9 billion this year, with over 100 million units delivered—but this is only the beginning, suggest Leong.“The demand for tablets steadily rises higher, driven by nimbler tablets with added functions, application complexity, and the advent of cloud computing that allows unlimited storage,” suggest Leong.In the article, “Tablet Market Gaining Altitude,” Leong examines the market leader Apple Inc.“With a global market share of 61% this year, Apple is a killer in the personal computing market and a top long-term buying opportunity,” suggest Leong.Taking a look at the numbers, Leong suggest that Apple is by far the dominant player in addition to being the best buying opportunity in the tablet market. “Samsung is a distant second, with a 7.5% market share, while the ‘Kindle Fire’ made by Amazon.com, Inc. is holding to a four percent share,” suggest Leong. “I continue to view Apple as a long-term buying opportunity in spite of the current price pressure, with the stock down significantly from its record high,” suggest Leong.Leong thinks it will be just a matter of time before tablets have the same functionality as laptops and PCs. He accepts we will soon be able to develop spreadsheets and use other advanced applications to the same degree of functionality on tablets as is possible on PCs and laptops now. As tablets advance, consumer demand will rise.“This makes the top tablet makers a buying opportunity,” suggest Leong. “The reality is that the technology world is ever evolving, and there is a constant buying opportunity.”Profit Confidential, which has been published for over a decade now, has been widely recognized as predicting five major economic events over the past 10 years. In 2002, Profit Confidential started advising its readers to buy gold-related investments when gold traded under $300 an ounce. In 2006, it “begged” its readers to get out of the housing market...before it plunged.Profit Confidential was among the first (back in late 2006) to predict that the U.S. economy would be in a recession by late 2007. The daily e-letter correctly predicted the crash in the stock market of 2008 and early 2009. And Profit Confidential turned bullish on stocks in March of 2009 and rode the bear market rally from a Dow Jones Industrial Average of 6,440 on March 9, 2009, to 12,876 on May 2, 2011, a gain of 99%.To see the full article and to learn more about Profit Confidential, visit www.profitconfidential.com.Profit Confidential is Lombardi Publishing Corporation’s free daily investment e-letter. Written by financial gurus with over 100 years of combined investing experience, Profit Confidential analyzes and comments on the actions of the stock market, precious metals, interest rates, real estate, and the economy. Lombardi Publishing Corporation, founded in 1986, now with over one million customers in 141 countries, is one of the largest consumer information publishers in the world. For more on Lombardi, and to get the popular Profit Confidential e-letter sent to you daily, visit www.profitconfidential.com.Michael Lombardi, MBA, the lead Profit Confidential editorial contributor, has just released his most recent update of Critical Warning Number Six, a breakthrough video with Lombardi’s current predictions for the U.S. economy, stock market, U.S. dollar, euro, interest rates and inflation. To see the video, visit http://www.profitconfidential.com/critical-warning-number-six.Profit Confidential is Lombardi Publishing Corporation’s free daily investment e-letter.Profit Confidential 350 5th Avenue, 59th Floor New York, NY 10118