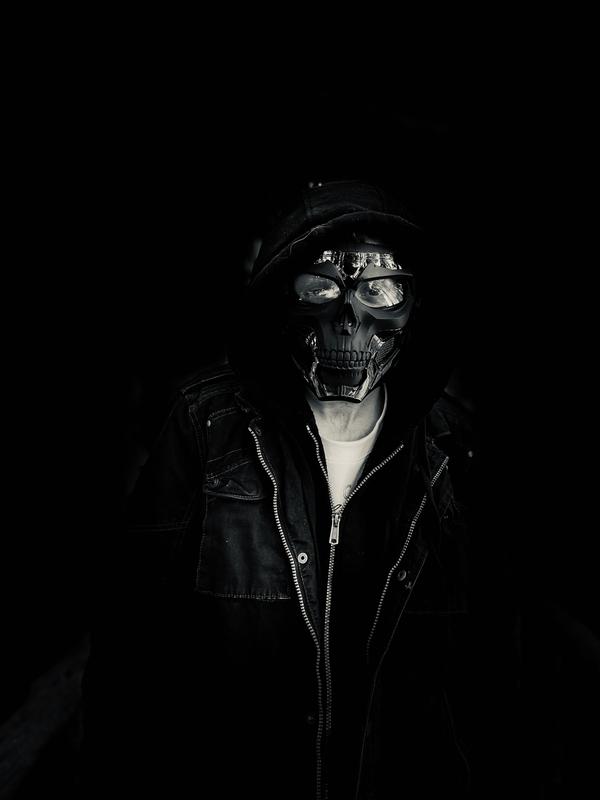 Death-defying drops, a delightfully dark atmosphere and a raw, ravenous energy that just keeps giving. Welcome to the exhilarating new world of Pacemkr, an emerging electronic artist currently bringing his bold, daring stylings to the global stage. His sound blurs the line between so many styles. From the earth shattering wobbles of dubstep to the euphoria dripped EDM melodies, there’s something for everyone to enjoy in his slick selection of tracks.Inspired by the horror movies he watched growing up, Pacemkr’s vibe is distinctly dark. His songs yank us right into a world of grimey basslines and spooky synths that’s impossible not to love. The intensity of the drops will have you right on the edge of your seat. It’s truly awe-inspiring the way he manages to pull together such a perfect range of sounds. The producer crafts his astounding anthems completely from scratch before independently releasing them for the world to enjoy. He’s already amassed a following in the thousands worldwide for his gritty sound.His relentless work ethic has seen him release 12 singles in 2020. He currently has a highly-anticipated EP in the works which is quite hush hush at the moment but is bound to be brilliant like the rest of his work. The name Pacemkr comes from a certain part of his life. It was when his heart stopped and he had to have a pacemaker implanted. It was at this point he realized how short life is. That it can be taken away in a moment. And so he set out to follow his dreams in music by any means necessaryPaceMKR , Pacemkr@pacemkr.com , 9164108642 , USAWebsite: https://PaceMKR.com

You can edit or delete your press release PaceMKR Talks Brand New EP and More! here

12-23-2020 | Leisure, Entertainment, Miscel …
Doulitsa Global media
PaceMKR Delivers Infectious Hybrid Trap/Dubstep Hit
'King of the Monsters' PaceMKR ( https://pacemkr.com ) releases "King of the Monsters," his newest hybrid trap single set to mesmerize listeners from the press of play. The melodic, bass-heavy production is filled with elements that will take anyone on a musical journey. The infectious synths with the hard-hitting kick will have listeners wanting more from this talented artist. Through "King of the Monsters," PaceMKR showcases his talent and versatility as
09-23-2020 | Leisure, Entertainment, Miscel …
On Three
On Three Releases Infectious & Motivating Electronic Single ‘Mr Supadupa’
On Three - Mr Supadupa About The Release One of the most prominent music producers on the rise, On Three, is set to make a name for himself in the music industry. The talented artist presents his newest feel-good anthem “Mr Supadupa.” The futuristic electronic/dance track delivers an upbeat production with feel-good chords, uplifting vocals, and driving synths. The party-like vocal adorns the instrumental that shines and sparkles at every turn. This
10-27-2017 | Leisure, Entertainment, Miscel …
Music Promotion Club
Forestvillian’s Dubstep Remix “Dodge & Fusky- Big Riddim Martin” is Gainin …
The lumbering cadence of dubstep is no more limited in the UK, the root of this amazing electronic music sub genre. It has been more than a decade that dubstep has come out of London night clubs and made it to every party hubs in the world. This amazing music style is a top favorite in the pop landscape the basic music score for the DJs and MCs. The defining
10-07-2017 | Leisure, Entertainment, Miscel …
Music Promotion Club
“Straight Outta Zombieland” by DemSixRecs is a Dance Number
The experimental artist, Demien Sixx is out with his brand new track, “Straight Outta Zombieland”. His music has depth and comprises of superb techno sounds that hook audiences to his music. Demien Sixx is a name that is getting popularity in a short time and building up a strong base of fan. His music is getting immense fame in the clubs, music industry and Soundcloud. The latest song by Demien
07-25-2017 | Leisure, Entertainment, Miscel …
Music Promotion Club
Witness the Hard-Hitting Dubstep Tracks of ACID KING on Soundcloud
Music and party are two inseparable facets. Good music is the core of any party no matter it is a house party, a grand dancing gala or pubs. Electronic Dance Music has gained huge impetus over the years for its electrifying music beats that perfectly sets the mood of celebration. Dubstep is a subgenre of EDM music that is especially characterized by dominant music scores and lesser use of vocals.
07-11-2017 | Leisure, Entertainment, Miscel …
Music Promotion Club
Groove Your Body With Foot-Tapping Beats Of “Soundgarden”
Electronic Dance Music (EDM) is a modern music genre which is being famous for its robust beats, inorganic musical flow and breath taking rhythm. It is got several sub genres amongst which Dubstep is a major one. It was emerged in South London, England at the late 1990s and has gathered wide spread attraction after the mid years of 2008. As the time passes, it started to become more commercially
Comments about openPR
OpenPR is clearly structured and remains true to its principle of confining itself to the essential parts. OpenPR has proven to be a very good and reliable partner to our media agency: Within the shortest time the releases are online and go down well with the media representatives. The success of OpenPR is reflected in the steadily increasing number of press releases. It is good that OpenPR exists!
Ursula Koslik, Director Marketing & PR, F+W Hamburg