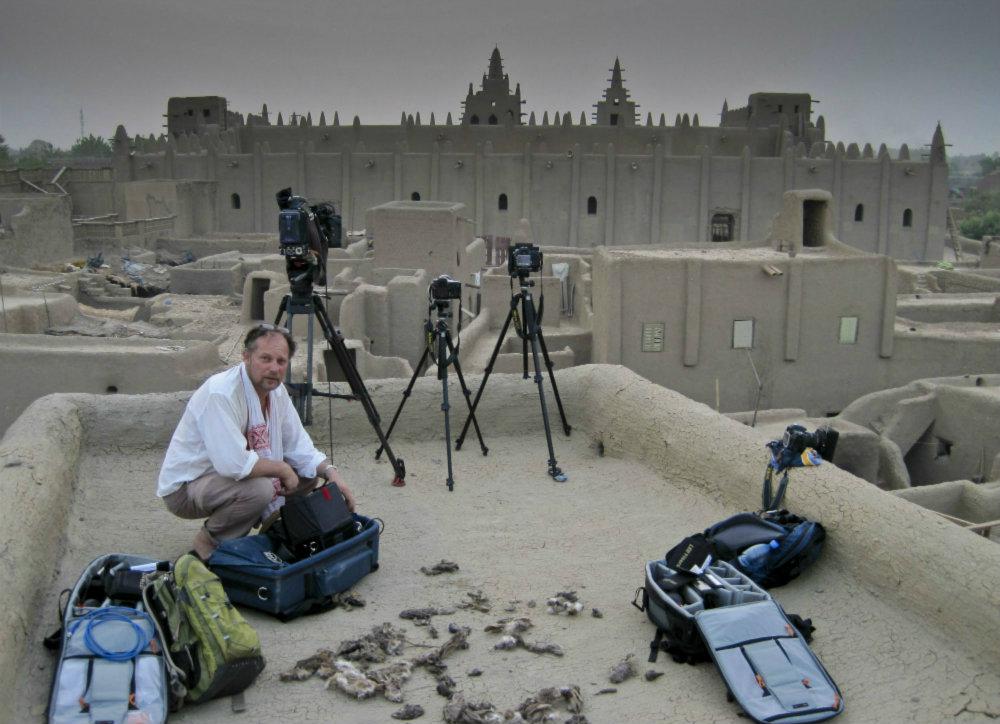 Richard Kirby received an Honorable Mention Award for Cinematography at International Wildlife Film Festival in Missoula, Montana. Renown wildlife and time-lapse photographer Richard Kirby, Creative Director of Timeframehd time-lapse footage library, received an Honorable Mention Award for “Cinematography” at this year’s International Wildlife Film Festival in Missoula, Montana. The award was presented for Kirby’s work on “Sahara”, one of the thirteen episodes of the Discovery channel series “Wildest Africa”.Richard Kirby is a highly respected cameraman, DoP and series director of numerous wildlife documentaries produced for the BBC, Discovery, Animal Planet and National Geographic. He is also known for revolutionising time-lapse filming technique. His outstanding camera achievements on “The Private Life of Plants” were highly praised by Sir David Attenborough and also earned him a Primetime Emmy.As Series Director and Director of Photography, “Wildest Africa” Kirby travelled all over Africa from the Namib Desert to active volcanoes in the Congo. An epic drive from Addis Ababa to Nairobi took him through the infamous Omo Valley where the team was caught up in an inter-tribal conflict then finally along the remote shores of Lake Turkana in search of Africa at it’s absolute wildest!The Sahara episode was filmed mostly in Mali in the Southern Sahara where Richard Kirby and producer Bill Markham camped out in the desert with local Tuareg nomads and Peul herdsmen to film the last of the desert elephants.Kirby says about his experience shooting “Sahara”, “Deserts are amazing environments for filming if you can keep the sand out of the cameras and brilliant for time-lapse. The desert is a very graphic landscape; very architectural, simple but beautiful colours, clear skies and crisp shadows, with incredible stars! So it was a great opportunity to shoot some beautiful time-lapses, not just in the Sahara, but all over Africa,” says the IWFF award winner. Kirby has been awarded many times throughout his 30 year career with Emmys, BAFTAs, the prestigious Kodak Vision Award, Wildscreen's Golden Panda and this year the IWFF Honorable Mention Award for “Cinematography” for “Sahara - Wildest Africa” a series, produced by Off the Fence Productions in Bristol for the Discovery Channel. ### If you would like more information on this topic, please contact Pip Crosley at # 01453 873123 or e-mail: info@timeframehd.comRichard Kirby’s company Timeframehd (www.timeframehd.com) is a dedicated time-lapse footage library that is set to become the world’s number one source of time-lapse footage. Timeframehd has supplied many time-lapses for the Wildest series and countless other films from a collection built up over 15 years and shot in some of the World’s most remote locations. The library represents high quality time-lapse photography works from talented videographers worldwide.93 Bownham Park Rodborough Common Gloucestershire GL5 5BZ UKPhone: 01453 873123Email: info@timeframehd.com