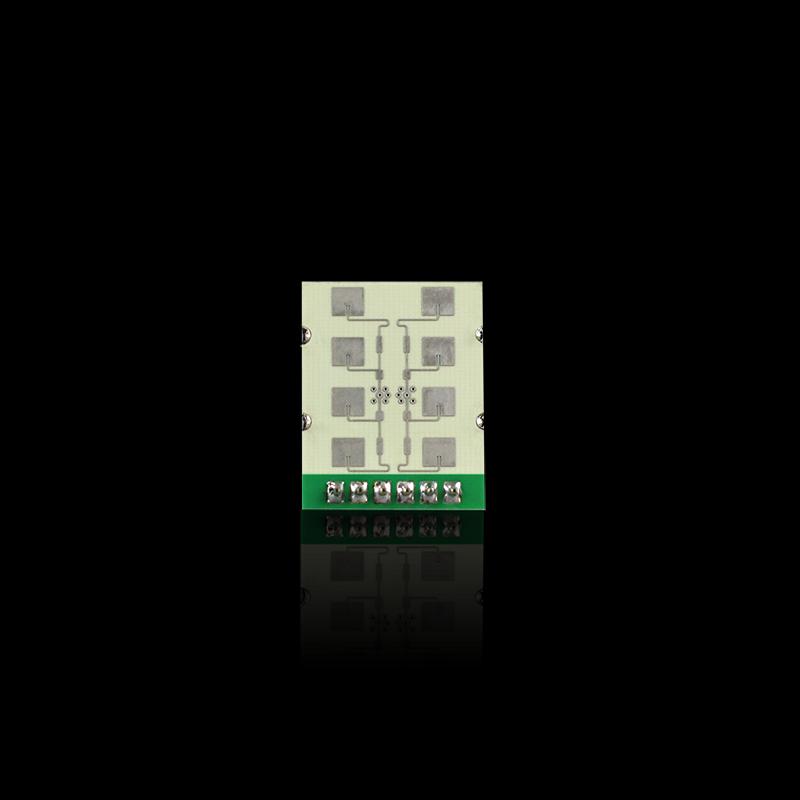 InnoSenT’s newly developed sensor solution not only takes on the task of conventional motion detectors but also provides useful distance information.Donnersdorf (Germany) 28/01/2021. InnoSenT GmbH is adding a new motion detector to its portfolio. The IMD-2000 is ideally suited for simple contactless control applications in the areas of building technology, automation, and safety equipment. The sensor’s technical characteristics and design optimize the functionality of conventional motion detectors and facilitate their use. In contrast to InnoSenT’s previous solutions for motion detection, the product is the first to provide distance information. Through the indication of distances, it is possible to limit the area in which a reaction will be triggered. The IMD-2000 also impresses with its design – its small dimensions enable the sensor to be installed in flat or narrow casings. The built-in signal-processing unit also saves customers additional development work in order to integrate the radar. InnoSenT offers the features at an attractive price. Due to the further development of radar technology in recent years, the company has managed to provide the sensor technology at a lower and lower price despite further technical enhancements.The function can be used in many ways. Radar-based motion detection is proving its usefulness in various industries. It opens doors, controls lights, or is part of security systems. But escalators or ticket machines also use sensors. The technology is also used to control lighting elements. The sensor detects the movement of persons or objects by means of radar waves. This way, it is possible to control devices without contact and in an automated manner. In the field of building technology, this translates into a considerable boost in efficiency, since, for example, doors can be opened, lights switched on or the toilet lid can be opened only when necessary. As a security application, the system triggers an alarm when there are people in the detection area. The further developments are making motion detection increasingly interesting and paving the way for new possible uses. Among other things, there are little radars are in ticket machines to disable standby operation when approaching persons are detected. State-of-the-art motion detection. Motion sensors have been part of the InnoSenT product portfolio since the company was founded in 1999. But radar technology is advancing rapidly. The company felt it was time to optimise this simple and popular radar application. The newly developed product harnesses the knowledge gained from customers’ practical use, the technological state of the art, and the radar experts’ many years of development experience. ‘We are driven by the desire to make our own technology even better. This applies not only to product innovations, but also to already established radar applications. Because we now have completely new possibilities. This starts with the materials, concerns the technical performance, and ends with signal processing’, says Cyrus Nabavinegad, Product Owner at InnoSenT, in describing the driving factors behind the newly developed product, and he adds: ‘The IMD-2000 is the best example of this. Thanks to additional distance information, the motion detector offers greater functionality at the lowest-possible price. The system’s integrated signal processing also makes it attractive to a new customer group. It is a strong competitor to existing CW radar or infrared sensors.’ The 24 GHz system is equipped with common interfaces for better compatibility. The signal-processing unit also simplifies the use and integration of the radar component. The sensor detects even slow movements and determines objects’ and persons’ direction of movement and distance to the radar antenna. This information is outputted via a target list via UART. For easier configuration, InnoSenT provides an EVAL kit with a software GUI.Practical challenges solved by radio location with ranging The product’s technical highlight is the distance information. This makes it possible to limit the detection area, which leads to a significantly improved false alarm rate in security applications, for example. As a door opener, the sensor can ignore cross-traffic or, for escalator control, disregard trains in further distances. This functional expansion of the small sensor now enables needs-based control for many applications.New product line launched. This is the second product of the new ‘InnoSenT Motion Detectors’ series (IMD). It is characterised by its considerable ease of use and the system level suitable for the customer group. Customers benefit from radar solutions based on the plug-and-play principle and that are easy to commission. They require little configuration work, which is usually limited to adapting them to customer-specific requirements. This is due to the integrated signal processing, which optimally analyses the raw radar data for simple sensor applications. The system can be installed and connected in just a few steps. Customers use the outputted signals directly for trigger functions thanks to object or target lists as well as suitable interfaces. They hardly have to deal with the complex technology and data analysis. This makes radar more accessible to the market, so more and more industries benefit from the technology’s advantages. Further information and technical data can be found on the company's website in the download portal or on the product page https://www.innosent.de/mainnav/imd-2000/.InnoSenT GmbH Marion Henneberger Marketing & PR Assistant Am Roedertor 30 97499 DonnersdorfTelefon:+49 9528 9518-0 Mail: marketing@innosent.de www.innosent.deInnoSenT GmbH from Donnersdorf was founded in 1999 and is one of the world's leading companies in the field of radar technology. As a manufacturer and developer, the company supplies the full bandwidth of engineering services - from customer-specific development to series production. Thanks to the strong focus on quality and innovation, InnoSenT GmbH has been following a course to global success for many years.

06-03-2022 | Industry, Real Estate & Constr …
InnoSenT GmbH
New IMD-3101 radar system with special vision
InnoSenT develops motion detector for light control in high-bay warehouses. Donnersdorf, 01/06/2022. With the IMD-3101, InnoSenT is launching a new radar system with an adapted coverage area specifically for motion detection in individual aisles of high-bay warehouses. The product is part of the cost-effective and user-friendly IMD series (InnoSenT Motion Detectors), and its narrow aperture angle clearly sets it apart from the typically wide-angled motion sensors. In addition, it can
04-13-2022 | Industry, Real Estate & Constr …
InnoSenT GmbH
Low-cost object localisation with the IMD-2002 motion detector
New radar sensor from InnoSenT offers angle measurement & distance information. Donnersdorf, 13/04/2022. InnoSenT GmbH is launching a new radar sensor for motion detection. The new IMD-2002 is a further development of the successful IMD-2000 motion detector. The special feature of the product is that it locates detected objects by measuring the angle and distance. Thanks to top-of-the-line technical performance, the development team managed to install this extended functionality in a compact
08-31-2020 | Industry, Real Estate & Constr …
InnoSenT GmbH
New iSYS-6030 radar system detects filling levels and prevents collisions
InnoSenT’s new edition of a classic product offers high-precision distance measurement. Donnersdorf (Germany) 31/08/2020. The radar experts at InnoSenT GmbH have developed a new system for focused distance measurement. The iSYS-6030 is the new edition of the successful iSYS-6003 filling-level radar. The product update is more economical, faster, and more accurate than its predecessor. The sensor’s features are adapted to the application of filling-level measurement and collision avoidance. The technical
07-13-2020 | Industry, Real Estate & Constr …
InnoSenT GmbH
Non-contact alternative to push-button switches
Robust radar technology addresses the increased demand for contactless control options in everyday life. Donnersdorf (Germany) 13/07/2020. InnoSenT GmbH introduces a new product for automation applications: the company has developed the IMD-3000 radar system as a reliable and modern alternative to push-button switches. The new product enables ticket machines, doors, dispensers, lights, and other devices to be controlled without contact. Its compact design allows customers to retrofit the system even in