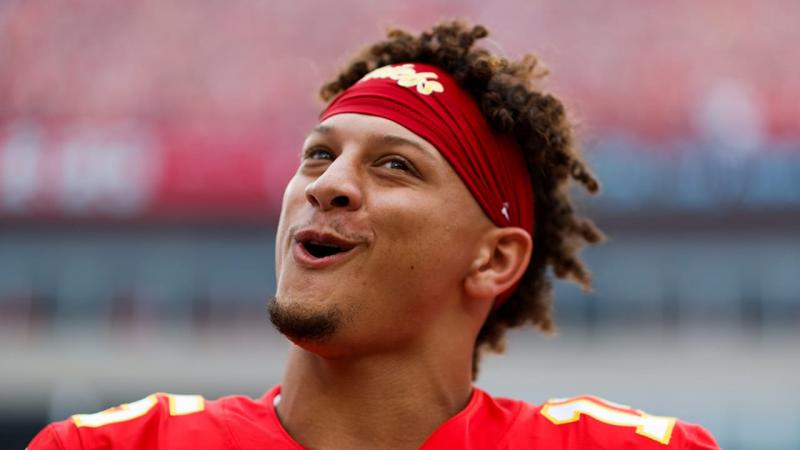 Participating in NFL survivor pools has been a regular pastime amongst football fans just like fantasy football. While survivor pools are often being held between a group of friends and family or office space, Nitrogen Sports – the best online sports betting site using bitcoin – has made survivor contests the norm on their site.For the 2020 NFL regular season, Nitrogen Sports NFL Survivor Pool delivered its most successful and lucrative event yet, with 31 BTC (~$1 million) in total cash prizes up for grabs across nine public free buy-in and paid entry pools, as well as a few secret survivor pools.Thousands of participants entered the 2020 NFL regular season with high hopes of winning big from the Nitrogen NFL Survivor Pools they were in. But after a bizarre season on and off the football field with a great number of injured stars and rescheduled games due to the global pandemic, a total of 164 winners prevailed. One of the most fascinating stories to come out of Nitrogen Sports Survivor Pool was after the thrilling action from Week 15, wherein the New York Jets upset the Los Angeles Rams along with the Cincinnati Bengals stunning the Pittsburgh Steelers.Not only did those two upsets eliminate a good chunk of the remaining survivors that week, but they also led to a three-way tie atop the Nitrogen Pool – the pool with a 1 BTC buy-in and a total of 9 BTC at stake for the winner(s). Although those three players were eliminated simultaneously because of the aforementioned upsets, each of them still tripled their buy-in cost when the dust settled, which goes to show how much bitcoin can be won at the Nitrogen NFL Survivor Pool contests even with other people sharing the pot.Over at the site’s immensely populated Free Pool, more than 1,800 entrants qualified for the season, with 38 left standing after Week 17 to split amongst themselves the 0.3 BTC total prize pool ~$11,600). That’s close to $300 in winnings for each player without having to pay a single cent to participate.All congratulations go out to the winners from the 2020 edition of the Nitrogen NFL Survivor Pool event. The extra cash won is certainly welcome following what’s been a troubling year in general.Readers can head over to Nitrogen Sports and create a free account in an instant to start placing stakes on many more of the site’s promotions and to anticipate the next installment of the site’s survivor pool event, which promises to have an even larger total prize purse than in previous seasons.Right now, the site has an on-going unique promo for the NBA season, with 1 BTC (~ $39,000) up for grabs at the end of the regular season if the goal of 12,000 three-pointers is met by the 10 pre-selected NBA teams at season’s end. Find out more about this event and the latest news and updates from the world of sports over at the Nitrogen Sports Blog.More details here: https://blog.nitrogensports.eu/sports/football/2020-nfl-survivor-pool-stories-after-week-15/https://blog.nitrogensports.eu/sports/football/2020-nfl-survivor-pool-stories-after-week-17/https://nitrogensports.eu/Nitrogen Sports Blog San Jose, Costa Rica support@nitrogensports.euNitrogen Sports Blog is a site dedicated for Nitrogen Sports and provides a constant stream of sports news, previews, game analysis and more to not only keep you updated on your favorite sport but to also get an edge in sports betting.We cover basketball, soccer, American football, combat sports, just to name a few. But we also cover others that you might not be familiar with; like cricket or any form of racing. Nitrogen Sports has the latest betting lines and Nitrogen Sports blog aims to provide all the latest details you need to know in the world of sports and esports.Visit us here: https://blog.nitrogensports.eu/

03-15-2021 | Leisure, Entertainment, Miscel …
Nitrogen Sports Blog
Nitrogen Sports Announces its Latest Nitro Brackets Contests for the 2021 NCAA M …
Nitrogen Sports recently announced the return of its March Madness Brackets contests in celebration of the 2021 NCAA Men’s Basketball National Tournament. “Bracket predictions have long been a national pastime during March Madness,” said Nitrogen Sports Marketing Director, Ron Lawrence. “Our goal is to bring the bracket predictions action to the virtual platform, with college basketball fans uniting and competing for a shot at a significant prize purse in the spirit
08-15-2019 | Sports
Nitrogen Sports Blog
Nitrogen Sports' NFL Survivor Pool
Everything is a culmination of a string of decisions. Making decisions is a big part of competing in an NFL Survivor Pool, where there’s no room for mistakes. That doesn’t mean it’s difficult, though. In fact, it’s one of the easiest off-the-field football-related contests that anyone can join. We’re not trying to be profound here. We’re just merely laying out the groundwork of this piece, which aims to introduce what

08-15-2019 | Sports
Nitrogen Sports Blog
Nitrogen Sports' NFL Survivor Pool
Everything is a culmination of a string of decisions. Making decisions is a big part of competing in an NFL Survivor Pool, where there’s no room for mistakes. That doesn’t mean it’s difficult, though. In fact, it’s one of the easiest off-the-field football-related contests that anyone can join. We’re not trying to be profound here. We’re just merely laying out the groundwork of this piece, which aims to introduce what
05-29-2019 | Sports
Maxwell-Scott
New NFL partnership ahead of 100th season announced
International luxury leather brand Maxwell-Scott has entered into an exciting collaboration with Dallas Cowboys’ Xavier Woods and Tampa Bay Buccaneers’ Kentrell Brice for this coming football season. Throughout the 100th season of the NFL Maxwell-Scott will provide both players with luxury leather accessories to accompany their busy schedules, as well as offer an edit of the players’ favorite luggage bags and travel accessories. The players have chosen pieces that will
04-07-2011 | Sports
Attorney Services, Legal Services and Resources
Will 2011 Be The Year Without An NFL Season?
Diehard football fans shudder to think of it. Television executives are scrambling to develop contingency plans. College football players are holding their breath in agony. Could the 2011-2012 NFL football season come and go without a single game being played? With 162 days remaining until Thursday night, September 8, the first game of the regular season is looking more and more in jeopardy with each passing day. During negotiations in late February
02-11-2011 | Politics, Law & Society
Goldfarb Branham
NFL Targeted in Lawsuit Over “Phantom” Super Bowl Seats
DALLAS – Two Green Bay Packers fans who were denied their dream of attending Sunday’s Super Bowl game even though they paid for tickets have filed a lawsuit in Dallas against the National Football League, The Dallas Cowboys, and Cowboys Stadium. Dallas-based law firm Goldfarb Branham filed the suit on behalf of two Wisconsin residents who were sold tickets to seats that did not exist – “phantom” seats – sold by
11-26-2010 | Sports
Thomson Sport
Thomson Sport Teams Up With NFL
Thomson Sport has signed a three-year sponsorship agreement to become Official Travel Partner of the NFL in the UK. As well as offering official NFL travel packages to European fans, commencing with Super Bowl XLV in North Texas on 6 February 2011, Thomson Sport will have comprehensive sponsorship rights relating to the NFL’s marks and key events such as the International Series at Wembley and the Super Bowl. In addition,
05-06-2008 | Associations & Organizations
The NeoSoul Trading Company
NFL VETERAN DRAWS UP NEW PLAY FOR DURHAM’S YOUTH
DURHAM, NC – National Football League Veteran Alvis Whitted has teamed up with The NeoSoul Trading Company to host a story time for children in Durham’s historic Northgate Mall. A Durham native and graduate of North Carolina State University, Whitted believes starting with his own community is the right thing to do. “I grew up in Durham just down the street from Northgate Mall,” Whitted said. “I recognize the challenges this
Comments about openPR
I can't but agree to the positive statements about your portal: easy to use, clear layout, very good search function, and quick editing!
Jens O'Brien, Borgmeier Media Communication