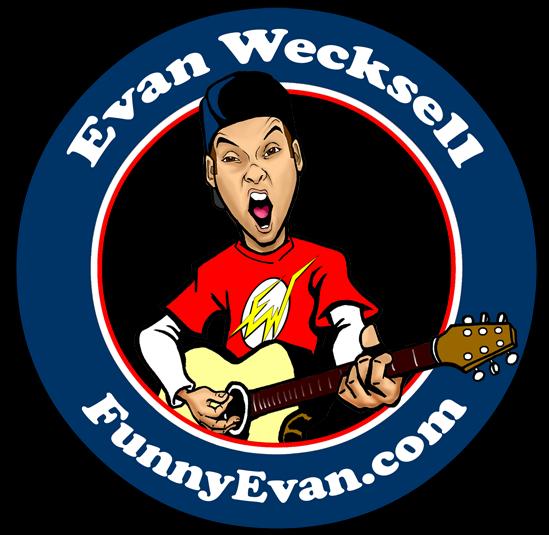 Los Angeles, CA -- Almost one year removed from adjusting to a pandemic, Comedian Evan Wecksell is releasing a new comedy single to provide listeners a possible escape from everything Covid. “The Covid Cure” is an upbeat comedy anthem, if there is such a thing, centered on the regulations surrounding masks, dining out and the American diet.“Without giving too much away, all I’m offering is my satirical perspective. There is nothing political here,” explains Wecksell. “I’m making an observation and riffing off the inconsistencies as any comedian should.” Those observing the music video will also notice the inclusion of a very diverse cast that comes entirely from stock photos and videos making the narrative uniquely eclectic. The only exceptions are photos of Wecksell’s family and parents. His mother Marilyn Wecksell received a private screening and had some instant feedback.“The music is very nice and made me feel better,” cites Marilyn Wecksell, “but there is zero truth to it.” What is true is that Evan’s actress/singer wife Kelly Meyersfield and Youtuber son Beckett Sage lent their singing chops to the vocals to garner its anthemic feel.“The pandemic has been hard on all of us,” says Wecksell. “I haven’t had a live college show since February, which was when I had it [Covid].”While the success of the song remains to be seen, one thing Evan does want to see is the return of live comedy. “I have done shows, but most have been virtual and nothing replaces the experience of a live performance,” laments Wecksell. “Hopefully when every state is given the green light that feeling of community can return.”  “The Covid Cure” is available on all streaming platforms including Spotify, Amazon, iTunes, Youtube Music and Deezer.   2629 Foothill Blvd #444 La Crescenta, CA 91214About Evan Wecksell:  Comedian and Singer-Songwriter Evan Wecksell is one of the funniest and most energetic performers who has toured 48 states. Often compared to comedic superstars Adam Sandler and Stephen Lynch, Evan's act is a blend of comedy and music that celebrates the college experience, makes fun of relationships, and pays tribute to Bruno Mars. His comedy has been played on SiriusXM and is available on all platforms. His podcast “Socially Awkward” features interviews with random Facebook friends. For more on his podcast, visit AwkwardWithEvan.com and for more on his comedy, visit www.FunnyEvan.com.