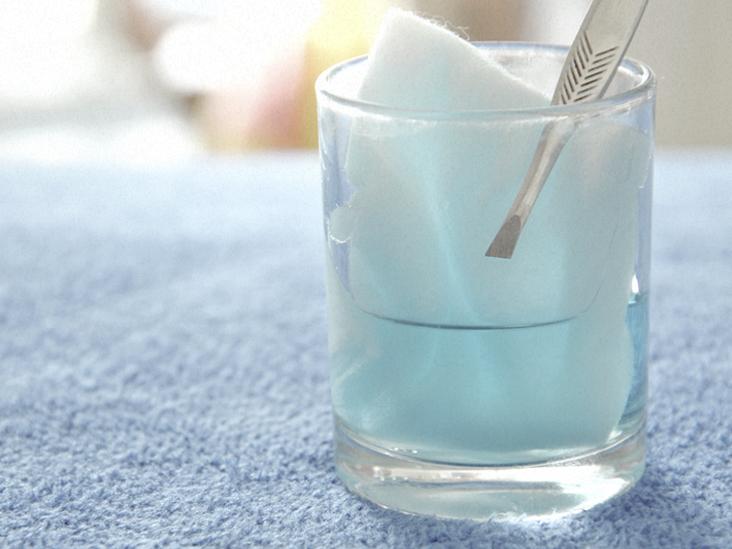 Hydrogen peroxide is a pale blue colored chemical used mainly as an antiseptic, bleaching agent, and oxidizer. The demand for hydrogen peroxide is increasing due to its versatile use in chemical manufacturing, water treatment, cosmetics, home care, textile industry, and paper and pulp industries. It also has special applications in the pharmaceutical, electronics, beverages, and food industries. The rapid spread of the Covid-19 virus has surged the need for chemical disinfectants which has increased the demand for hydrogen peroxide. It has virucidal and bactericidal properties.The global hydrogen peroxide market focuses on six regions, such as North America, Asia Pacific, South America, Europe, the Middle East, and Africa.The main driving factor behind the market growth of hydrogen peroxide is the wide applicability of the chemical. This chemical has multiple household, commercial, and industrial applications. It has strong bleaching properties, which makes it a perfect agent for bleaching textile and paper. In April 2020, the US FDA (the US Food and Drug Administration) approved the use of vaporized hydrogen peroxide sterilizers to decontaminate and reuse N-95 respirators.The food-grade version of hydrogen peroxide is used as an antimicrobial and bleaching agent in industries manufacturing instant tea, cheese, etc. It is used during the packaging of antiseptics as a sterilizing agent. This has led to the introduction of better grades of hydrogen peroxide to meet the changing trends in the market, For instance, Arkema introduced 'Valsterane S-HP' with two different concentrations (25% and 35%) for antiseptic packaging in May 2018. Mitsubishi Gas Chemicals and Solvay S.A are also investing in the production of pure grades in Taiwan and China for electronic applications.This report is a comprehensive research on the Hydrogen Peroxide market. It is designed to analyze and forecast the size of the Hydrogen Peroxide market across a variety of industries, includes short-term and long-term trends that affect market conditions. In addition, the report provides market momentum, constraints, and potential opportunities.Purchase This Full Research For US$ 2,850 only (Single User): https://www.worldwidemarketreports.com/buy/109421Hydrogen peroxide is a corrosive agent, which can hinder the growth of the global hydrogen peroxide market. Due to its significant oxidizing nature, hydrogen peroxide can be harmful to the skin, eyes, and respiratory system. It can cause irritation of the eyes and skin and can also cause hair bleaching.The Asia Pacific held a significant market share in 2019 in terms of both value and volume, on account of the growing industries such as chemicals, textiles, and paper in the region. According to a 2019 report by FAO (the Food and Agricultural Organization), Asia Pacific is the biggest consumer and producer of paperboard and paper all over the world and owns more than 45% of the market share. According to India Brand Equity Foundation, India produced 1.44 million tons of fiber in 2019, which increased to 1.60 million in 2020.The second-largest consumer of hydrogen peroxide is Europe followed by North America. Due to the increase of textile, paper, home care, personal care, and water purification industries in Germany, it has become the major contributor to the growth of the hydrogen peroxide market in Europe.The main driving factor for the growth of the hydrogen peroxide market in North America is the intensive use of the chemical in specialty care and health care. For instance, a new process build by the Massachusetts Institute of Technology in 2019 can result in the development of an inexpensive device that can produce hydrogen peroxide to sterilize food preparation surfaces, water supplies, and wounds.Have a need more info, Request PDF here @ https://www.worldwidemarketreports.com/sample/109421Key players operating in the global hydrogen peroxide market are- Gujarat Alkalies and Chemicals Ltd., Indian Peroxide Ltd., Nouryan, OCI Company Ltd, Hansol Chemical Co. Ltd., Thai Peroxide Limited Taekwang Industrial Co. Ltd., Kemira Oyj, Mistubishi Gas Chemical Company Inc., Arkema S.A., Evonik Industries A.G., and Solvay S.A.In October 2018, Indian Peroxide Limited launched a new production plant for hydrogen peroxide in Gujarat, India with an annual production capacity of 40 kilotons. The company has plans for extending the production capacity in the next three to five years and has investment plans worth US$ 100 million.The global leader of peroxide technologies, Solvay S.A., is heavily investing in its production sites based in the Middle East, Asia, and Europe for the past 10 years. The company is aiming to strengthen its market to serve the customers better and faster.Customization Service of the Report: https://www.worldwidemarketreports.com/quiry/109421Hydrogen Peroxide Market Report helps industrial, and commercial buyers, manufacturers, governments, and other stakeholders implement market-centric tactics in line with forecasts for general trends within the global market. It's a good compilation of all the data you need.The report primarily looks at Hydrogen Peroxide market size, recent trends and developments, investment opportunities, market dynamics (driving factors, restraining factors, etc.), and industry news (merger, acquisition, investment, etc.). Technological innovations and advances will further optimize product performance and make it more widely used in downstream applications. In addition, Porter's Five Forces Analysis (potential entrants, suppliers, agents, buyers, industry competitors) provides important information to know the Hydrogen Peroxide market.Key questions answered in the report:• What is the growth potential of the Hydrogen Peroxide market? • Which product segment has the largest market share? • Which regional markets will you lead in the coming years? • Which application segment will grow strongly? • What kinds of growth opportunities will be created in the Hydrogen Peroxide industry in the future? • What are the biggest challenges for the global Hydrogen Peroxide market going forward? • Who is the global market leader for Hydrogen Peroxide? • What are the main trends that have a positive impact on market growth? • What growth strategies are players considering to stay in the global Hydrogen Peroxide market?About WMRWorldwide Market Reports provides customization of reports as per your need. This report can be personalized to meet your requirements. Get in touch with our sales team, who will guarantee you to get a report that suits your necessities. (Ask for Experts on Below Email)Contact Us: Mr. Shah Worldwide Market Reports, Tel: U.S. +1-415-871-0703 / U.K. +44-203-289-4040 / Japan +81-50-5539-1737 Email: sales@worldwidemarketreports.com