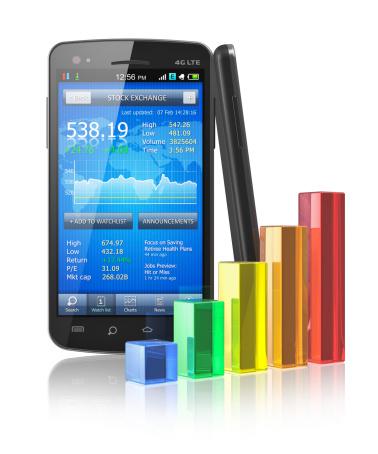 Following a blowout fiscal second quarter, Apple Inc. continues to be the leader amongst technology stocks in the world, according to George Leong, contributor to popular financial e-newsletter Profit Confidential. However, in his recent Profit Confidential article, Apple: This Technology Stock Still Has its Mojo, Leong highlights several key areas to watch if the firm is going to continue to grow, including emerging markets and new products, including the key to Apple’s continued success.“The key for Apple as the company moves forward will be to make sure its products continue to evolve and stay ahead of the competition,” suggest Leong.Increasing the company’s exposure in Asia and other emerging markets will also be a key for Apple, according to Leong. “To gain traction in the emerging countries, the company is planning to offer a lower-priced ‘iPhone.’” In his recent Profit Confidential article, Leong reports that Apple recorded quarterly revenues of $39.2 billion, a big increase from the $24.7 billion reported in the comparative quarter last year, and above the consensus estimate of $36.81 billion. “International sales drove 64% of the total revenues and, with the company’s targeted expansion in China, India, and other emerging companies, the growth should continue,” suggest Leong.What impressed Leong was the gross margin expansion to 47.4%, compared to 41.4% in the year-earlier quarter.“A slight disappointment in all of this was a shortfall in ‘iPad’ sales of 11.8 million units, below the 13-million unit estimate and whisper number,” suggest Leong. “The plus was that the unit sales were 151% higher year-over-year, so I don’t see a major issue developing here.”Leong is somewhat concerned about Apple’s guidance of $34.0 billion in revenues and $8.68 per diluted share in the fiscal third quarter, which is below the consensus $9.93 per diluted share on revenues of $37.4 billion expected by 43 analysts.“The reality is that the iPhone is arguably the most sought-after smartphone on the planet at this time” suggest Leong. “For now, Apple remains the ‘best of breed’ and this will continue until someone can knock the company off its perch.”Profit Confidential, which has been published for over a decade now, has been widely recognized as predicting five major economic events over the past 10 years. In 2002, Profit Confidential started advising its readers to buy gold-related investments when gold traded under $300 an ounce. In 2006, it “begged” its readers to get out of the housing market...before it plunged.Profit Confidential was among the first (back in late 2006) to predict that the U.S. economy would be in a recession by late 2007. The daily e-letter correctly predicted the crash in the stock market of 2008 and early 2009. And Profit Confidential turned bullish on stocks in March of 2009 and rode the bear market rally from a Dow Jones Industrial Average of 6,440 on March 9, 2009, to 12,876 on May 2, 2011, a gain of 99%.To see the full article and to learn more about Profit Confidential, visit www.profitconfidential.com.Profit Confidential is Lombardi Publishing Corporation’s free daily investment e-letter. Written by financial gurus with over 100 years of combined investing experience, Profit Confidential analyzes and comments on the actions of the stock market, precious metals, interest rates, real estate, and the economy. Lombardi Publishing Corporation, founded in 1986, now with over one million customers in 141 countries, is one of the largest consumer information publishers in the world. For more on Lombardi, and to get the popular Profit Confidential e-letter sent to you daily, visit www.profitconfidential.com.Michael Lombardi, MBA, the lead Profit Confidential editorial contributor, has just released his most recent update of Critical Warning Number Six, a breakthrough video with Lombardi’s current predictions for the U.S. economy, stock market, U.S. dollar, euro, interest rates and inflation. To see the video, visit http://www.profitconfidential.com/critical-warning-number-six.Profit Confidential is Lombardi Publishing Corporation’s free daily investment e-letter.Profit Confidential 350 5th Avenue, 59th Floor New York, NY 10118

You can edit or delete your press release Key to Apple’s Growth, Technology Report by Profit Confidential, a Leading Financial Newsletter here