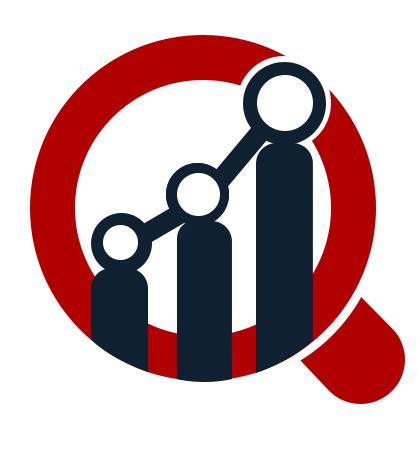 Footwear are essential items worn by individuals to traverse in public places. Plastics, synthetic polymers, fabrics, and leather are materials used in the manufacture of footwear. The global footwear market report by Market Research Future (MRFR) looks at numerous developments in design, materials, and consumer demand and its prospects for the period of 2019 to 2024 (forecast period). The sudden outbreak of the COVID-19 virus and its impact on the industry has been explored as well.Get a FREE Sample Copy of Report: https://www.marketresearchfuture.com/sample_request/8037Market ScopeThe global footwear market is expected to reach a valuation of USD 223.2 billion by 2024. It can exhibit a CAGR of 5.7% over the forecast period.Huge demand for footwear in the APAC region is one of the major drivers of the global market. The large population, awareness of different types of footwear, and launch of new products can bode well for the market. Marketing of footwear via traditional and digital channels have managed to reach a large consumer base. Presence of online channels has led to mass bookings due to ease of delivery and nominal retail prices. The rise in disposable income levels of consumers has also acted in favor the market.The potential of ecommerce platforms is high in developing economies of Brazil and Colombia. The large consumer base and influence of celebrity culture can work in favor of the market. But lack of proper infrastructure and slow internet speeds can dampen the market growth.SegmentationThe global footwear market has been segmented by product type, category, end user, and distribution channel.The global footwear market has been classified, based on product type, into sports footwear, formal footwear, and casual footwear. Casual footwear is expected to rake in a massive share of the market owing to preference of sneakers among the public. The various designs and use of polymers has made it convenient and easy to wash and thus driving the sales in the global footwear market.The global footwear market has been bifurcated, by category, into open footwear and closed footwear.The global footwear market is segmented by end user into men and women.The global footwear market has been classified, on the basis of distribution channel, as store-based and non-store based. Store-based distribution channel has been further segmented into supermarkets and hypermarkets, specialty stores, and others.Regional AnalysisThe global footwear market has been analyzed for four key regions—North America, Europe, Asia-Pacific (APAC), and Rest-of-the-World (RoW).APAC is expected to dominate the market due to improved standards of living among the masses and increased purchasing power. Change in economic policies in China are likely to trigger the demand in footwear for children.Europe is expected to display a stable growth rate over the forecast period. The rise of online shopping and growing social media awareness can foster growth in the global footwear market. Sales of athleisure are likely to drive the demand for sports shoes and bolster the demand in the global market.In RoW, the Middle East can capture a major share of the market. On the other hand, Latin American countries can generate significant revenue due to the influence of sports and worship of celebrity culture. Venezuela, Brazil, and Colombia can contribute to the market as well.Competition OutlookVF Corporation, New Balance Athletics, Inc., ECCO Sko A/S, Skechers USA, Incorporation, The Columbia Sportswear Company, Wolverine World Wide, Inc., Adidas AG, Nike Corporation, AeroGroup, Kering S.A., Deichmann SE, Asics Corporation, Geox S.p.A, Crocs Retail, Inc., and Under Armour Inc. are key players of the global footwear market.Access Full Report Details and Order this Premium Report @ https://www.marketresearchfuture.com/reports/footwear-market-8037Note: Our team of researchers are studying Covid-19 and its impact on various industry verticals and wherever required will be considering covid19 footprints for a better analysis of markets and industries. Cordially get in touch for more details.Office No. 528, Amanora Chambers Magarpatta Road, Hadapsar, Pune - 411028At Market Research Future (MRFR), we enable our customers to unravel the complexity of various industries through our Cooked Research Report (CRR), Half-Cooked Research Reports (HCRR), Raw Research Reports (3R), Continuous-Feed Research (CFR), and Market Research & Consulting Services.