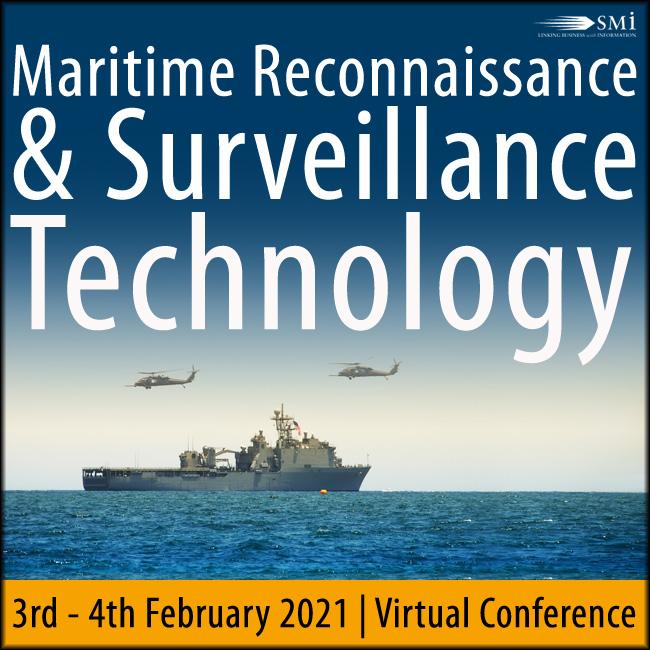 SMi Group Reports: Expert speakers from the Spanish MoD, as well as Hisdesat and other organisations, are set to present at the virtual event next February. Delegates at the virtual Maritime Reconnaissance and Surveillance Technology conference, taking place on the 2nd-3rd February 2021, will have an opportunity to meet and engage with senior military and leading solution providers within the field of maritime ISR during over 4 hours of dedicated networking time.Registration is FREE for military and government personnel, and just £499 for commercial organisations. Register at http://www.maritime-recon.com/pr4Last month, it was announced that the SPAINSAT NG programme, owned and operated by Hisdesat, successfully passed the Preliminary Design Review (PDR). The first of these New Generation Spainsat satellites will be launched in 2023 guaranteeing the continuity of the secure communications services to the Spanish Ministry of Defence and Governmental Agencies using the current fleet. *Attend the two-day meeting next year to hear more from Sponsor Hisdesat and the Spanish MoD on how they are using satellite assets to improve spaced-based maritime domain awareness.• Hisdesat – presentation and speaker details to be announced shortly. • 'Enhancing Spanish MoD Satellite Coverage for Improved Domain Awareness', presented by Rear Admiral Alfonso Perez de Nanclares y Perez de Acevedo, Head of Satellite and Cyber Systems Branch, National Armaments Directorate, Spanish MoD • 'Spatial-Based NETWORK Enabled Capability', presented by Lieutenant Colonel Conrado Ávila, Satellite and Cyber Defence Systems, Spanish MoDIn addition, Navantia, a Spanish state-owned company dedicated to the naval industry, will also be speaking and sponsoring along with Gold Sponsor: Orbital Micro Systems and Sponsors: AeroVironment, CLS, General Atomics, Hisdesat, Maxar, Navantia, and Robin Radar Systems.SMi Group caught up Rear Admiral Alfonso Perez de Nanclares y Perez de Acevedo and Lieutenant Colonel Conrado Ávila from the Spanish MoD to discuss their role, current priorities, opportunities and the upcoming conference. Snapshot of the Speaker Interview:1. What are you currently working on in the field of space-based maritime ISTAR?“We are working on to maintain current space-based ISTAR satellite capabilities (satellite Optical Earth Observation and SAR), complemented by collaborative systems (AIS and S- AIS). These are our main Earth Observation present capabilities and, logically, our main programme is to maintain these capabilities we have in place and pave the way for the replacement at the end of the operational life of the satellites. We are also working on the acquisition of new Space Surveillance Systems, which are necessary to protect, in the space, earth observation and radar satellites used in ISTAR capabilities.”2. Following from this, do you have any major priorities going forward?“Our priorities are based on modernizing our current satellite Optical Earth Observation and SAR programmes, to improve the current capabilities, to achieve higher resolution, in less time, with greater coverage and better availability and security.”The full speaker interview and many others, as well as the event brochure, is available to download online at http://www.maritime-recon.com/pr4Maritime Reconnaissance & Surveillance Technology 3rd-4th February 2021 Virtual Conference: Online Access Only Gold Sponsor: Orbital Micro Systems Sponsors & Exhibitors: AeroVironment, CLS, General Atomics, Hisdesat, Maxar, Navantia and Robin Radar SystemsFor sponsorship enquiries contact Justin Predescu on T: +44 (0) 207 827 6130 E: jpredescu@smi-online.co.ukFor any delegate enquiries contact James Hitchen on T: +44 (0) 207 827 6054 E: jhitchen@smi-online.co.uk*Source: thedrive.com------ END -----Ground Floor, India House, 45 Curlew StreetAbout SMi Group: Established since 1993, the SMi Group is a global event-production company that specializes in Business-to-Business Conferences, Workshops, Masterclasses, and online Communities. We create and deliver events in the Defence, Security, Energy, Utilities, Finance and Pharmaceutical industries. We pride ourselves on having access to the world’s most forward-thinking opinion leaders and visionaries, allowing us to bring our communities together to Learn, Engage, Share and Network. More information can be found at http://www.smi-online.co.uk

11-23-2016 | Tourism, Cars, Traffic
Costa de Valencia, S.L:
Preparation for Spanish exams
To learn Spanish intensively during one week means living a week full of unforgettable events Valencia. For many students it is no pleasure to think about the final exams. Everything is coming so fast, and you would just prefer to forget all about it. Am I ready for this? When do I need to start to study? Will I still have leisure time? Such questions go through your head, even though
03-08-2011 | Science & Education
Costa de Valencia, S.L:
Learning Spanish with children
A Spanish language school in Valencia organizes during Eastern holidays Spanish courses for parents and their children Valencia. The upcoming Eastern holidays offer the whole family the chance to learn the Spanish language. A Spanish school in the centre of Valencia offers the perfect combination for a family holiday: language training for parents and introductory Spanish for children. The parents attend an intensive Spanish course to learn in a short time as
02-28-2011 | Science & Education
Costa de Valencia, S.L:
Business Spanish
A school of Spanish for foreigners organizes courses of Business Spanish in preparation to the Official Exams of the Chamber of Commerce and Industry of Madrid. Valencia. Knowing a language also means to know specific vocabularies. The aim of most students of Spanish as a foreign language is not only that of improving their fluency, but also that of widening their vocabulary in specific areas that will be useful for finding
02-28-2011 | Science & Education
Costa de Valencia, S.L:
The true Spanish for foreigners
A school of Spanish for foreigners offers its students extra-activities and classes: colloquial Spanish and reading clubs. Valencia. It has been proved that studying a language just in class is not enough to learn it. A Student of Spanish as a foreign language needs not only the grammar, but a full everyday immersion into the language in order to learn those expressions that can’t be found in books. It is important to
02-21-2011 | Science & Education
Costa de Valencia, S.L:
Teaching Spanish as a Foreign Language
A Spanish school in Valencia organizes courses for future teachers of Spanish as a Foreign Language. Valencia. Being a Spanish native speaker doesn’t mean that you are able to teach your language. In order to teach a language, it is not only important to be a native speaker, but also to know how to teach it. Teaching a language requires a series of basic skills that enable you to teach
02-25-2010 | Business, Economy, Finances, B …
Workplace Spanish, Inc.
Workplace Spanish® Introduces “Spanish by the Slice™”
Roswell, GA, February 24, 2010 – Workplace Spanish, Inc., developer of the country’s most widely used Spanish learning materials for the workplace, introduces an economical way for anyone to learn and speak conversational and job-specific Spanish without busting their budget. “Spanish by the Slice™ is a parallel to the pizza business”, says Tom Sutula, president of Workplace Spanish. “With pizza, if you don’t want the whole pie—you order
Comments about openPR
I can't but agree to the positive statements about your portal: easy to use, clear layout, very good search function, and quick editing!
Jens O'Brien, Borgmeier Media Communication