Global Ethanol Market To Surpass US$ 53.1 Billion By 2025, Fuelled By Increased Production Of Renewable Fuels 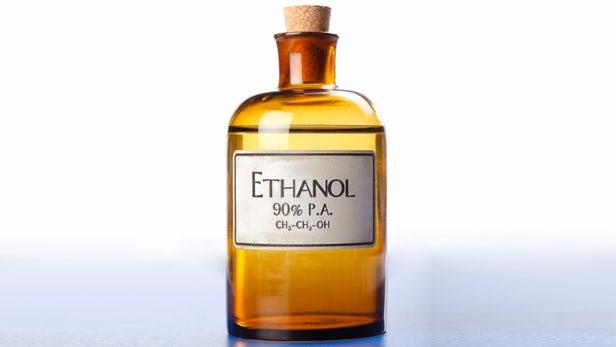 Global ethanol market was valued at US$ 48,734.3 million in 2016 and is expected to register a CAGR of 1.00% to reach US$ 53,105.3 million by 2025. The market was pegged at 27,145.9 million gallons in 2016 and is expected to reach 32,165.3 million gallons by the end of the forecast period, expanding at a CAGR of 1.77%. According to the U.S. Department of Energy, use of high-level ethanol blends such as E85 results in lower emissions, thereby boosting the demand for ethanol. The significant rise in number of automobile vehicles on road has resulted in increased pollution levels, which is a concern for governments all over the world. Ethanol can be used as an alternative fuel, which is environment-friendly as well as renewable, thereby reducing the pollution levels.Download PDF Brochure of Hydroquinone Market Research Report @ https://www.coherentmarketinsights.com/insight/request-pdf/276Key Trends and Analysis of Ethanol Market:According to the State Council General Research Office, the U.S. government is promoting the use of ethanol as a source of renewable fuel and creating awareness regarding the social and environmental hazards caused by gasolineDry milling process is majorly adopted by the leading ethanol manufacturers in the U.S. Marquis Energy is the biggest dry mill ethanol facility with a production capacity of around 300 million gallons of fuel grade ethanolProduction of ethanol from secondary sources is gaining popularity. For instance, the Government of Australia is engaged in extensive research and development activities in order to convert sugarcane waste into liquid fuel, as a result, transforming the ethanol market in Australia Significant demand for alcoholic beverages is another major factor driving the global ethanol market. According to , the alcoholic beverages segment is expected to surpass US$ 18 billion by the end of 2017North America accounted for the largest market share in global ethanol market in 2016 and the same is anticipated to maintain its supremacy throughout the forecast period, with the U.S. being the major contributing country. According to the Renewable Fuels Association (RFA), the country exported close to 850 million gallons of ethanol to more than 50 countries. Some of the major importers of ethanol exported from the U.S. include Canada, India, China, and South Korea among others. Iowa, Nebraska, Minnesota, Illinois, and South Dakota have the maximum number of ethanol refineries in the U.S.Buy this Report @ https://www.coherentmarketinsights.com/insight/buy-now/276Latin America is the second largest market for ethanol accounting for a share of more than 35% in terms of revenue. Brazil is the major contributor to the growth of the ethanol market in Latin America both in terms of revenue and volume. Raizen, GranBio, and Petorbras are some of the major ethanol producing companies based in Brazil.In terms of revenue, global ethanol market was valued at US$ 48,734.3 Million in 2016 and is expected to register a CAGR of 1.00% during the forecast period to reach USD 53,105.3 Million by 2025. However, in terms of volume, the market stood at 27,145.9 Million Gallons in 2016 and the same is anticipated to reach 32,165.3 Million Gallons by the end of the forecast period, projecting a CAGR of 1.77% during the forecast period.Mr. Raj Shah Coherent Market Insights, 1001 4th Ave, #3200 Seattle, WA 98154,U.S. Email: sales@coherentmarketinsights.com Phone: US +1-206-701-6702/UK +44-020 8133 4027About Coherent Market Insights: Coherent Market Insights is a prominent market research and consulting firm offering action-ready syndicated research reports, custom market analysis, consulting services, and competitive analysis through various recommendations related to emerging market trends, technologies, and potential absolute dollar opportunity.

You can edit or delete your press release Global Ethanol Market To Surpass US$ 53.1 Billion By 2025, Fuelled By Increased Production Of Renewable Fuels here