Pirates on the internet 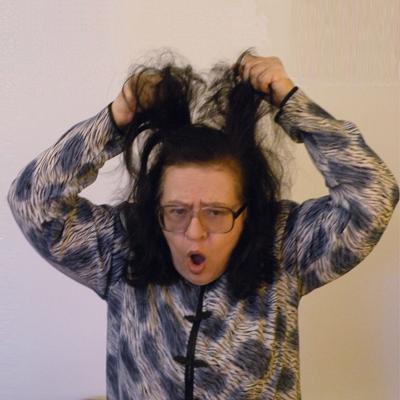 Adelaide, South Australia - 24th April 2012 - Internet piracy causes author Ally Hauptmann-Gurski to tear out her hair. The German-Australian novelist published her historical novel about Russian Gypsy singer Nadezhda Plevitskaya on amazon.com but promply found unauthorised offerings in digital formats on a site in Dubai. The illegal offer even had a nice blurb, saying the New York Times highly praised the novel 'La Plevitskaya'. 'The text read well but was regrettably a bit premature', says the author and self-publisher. 'I contacted the site owners and the offer seemed to be deleted, only to pop up promptly again on another page on the same outfit. They even went to the trouble of writing a new blurb, which flattered me again by including the (imaginary) praise from the New York Times,' Ally says. 'After some some postings on the internet, and emails flying back and forth, the offering no longer seems to be there', the author continues. Within no time at all of the release of the German edition, however, internet shonksters targeted the German edition, which the writer, a former AP journalist and translator, has on Amazon as well. Only weeks after she published the novel in German Ally found a listing of her Plevitskaya book (called 'Nadeschda Plewitzkaja' in German) on amazon.de and when she looked closer, she was not the publisher, but an American prayer book supplier is. 'These people from Michigan obviously do not sell enough prayer books and need to supplement their income through my novel. I do not know how they would have come across the text file to have my book printed and I do not know if I should laugh or cry. In a way, I take it as a huge compliment for my book that it attracts interest so quickly. I am working with amazon.com and amazon.de to have the pirates kicked into the water, but so far the process has been somewhat Kafkaesque', says Ally Hauptmann-Gurski.Author, self-publisher5 Blaxland Avenue Ingle Farm 5098, South AustraliaContact: Ally Hauptmann-Gurski (one-woman band)