Made in Germany, from the Andes – In La Paz, a German company is producing vehicle number plates for Bolivia 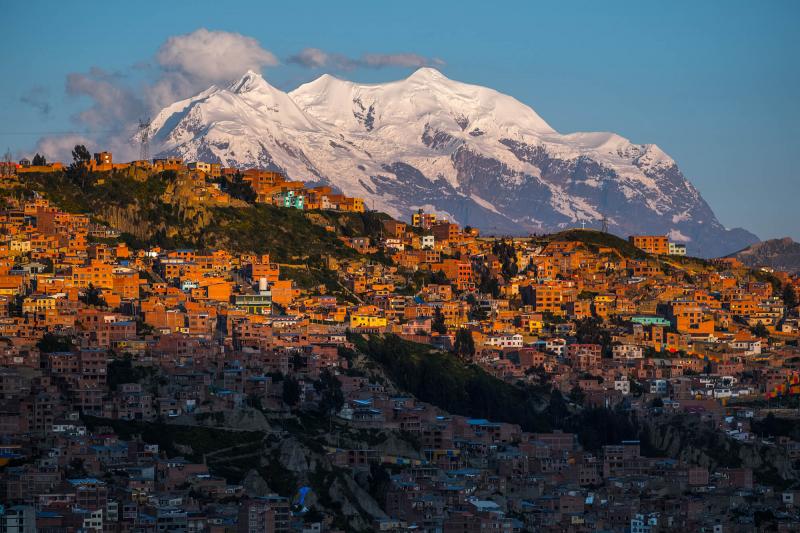 TÖNNJES will produce license plates in the Andes until 2022. Photo: Shutterstock

Delmenhorst/La Paz, November 2020. Nearly 4,000 metres above sea level, in the middle of the Andes, sits La Paz. This city of 757,000 inhabitants is the seat of the Bolivian government. Here, in a local factory, all number plates for this landlocked South American country are produced – with German support. As early as 2007, TÖNNJES, a specialist in vehicle recognition, founded a local joint venture to produce number plates for Bolivia. The company has now been awarded an additional contract: despite the Corona pandemic, the local branch will be producing and personalising all vehicle number plates for the country until May 2022.

Instead of exporting the finished number plates to South America, TÖNNJES relies on a subsidiary in La Paz. The market leader has already taken this approach many times. The company is part of local joint ventures at around 50 locations around the world. A win-win situation, which has become particularly evident in the era of the coronavirus. “Although we have to struggle with various lockdowns, the individual production facilities are largely able to work independently. We have well-trained employees and partners on site who take on the responsibility”, explains Olaf Renz, Managing director of TÖNNJES. The company also tries to keep transport distances as short as possible. “The blanks that we process into number plates in La Paz, for example, come from our plant in Panama.”

In the Andes, ten people are employed in production, making number plates for the entire country. Watermarks and a reflective film are used for this process. Nowadays, the number plates in La Paz are coloured by hot stamping. “That hasn't always been the case”, says Renz, remembering how it all began in Bolivia. “When we started here in 2007, we had to fight for a special permit to use the paint thinner, because in South America it is often used to produce cocaine and its use is therefore strictly controlled.” Nowadays, the process is significantly less complicated and more environmentally friendly.

The North German company has been producing and selling its technology and know-how abroad for several decades. Regardless of the level of development of a country or existing approval procedures, TÖNNJES integrates itself into existing systems and, as a system provider, provides support in everything from software to administration to production technology, doing so at all levels of vehicle identification. TÖNNJES also specialises in electronic vehicle recognition and, with the IDePLATE system, has developed innovative hardware and software based on RAIN RFID, enabling the contactless and unique identification of vehicles. This serves to prevent crime and paves the way for a number of smart mobility applications.

The company TÖNNJES, from Delmenhorst, is a technology supplier and system provider that sells products for all areas of vehicle registration and identification from a single source, from number plate production to the creation of a central registry. With the IDePLATE (RFID tag) and IDeSTIX (RFID windscreen sticker), the company has developed solutions that protect against manipulation, fraud and theft. TÖNNJES distributes its services via equity holdings in 50 locations worldwide and employs around 2,000 people along with its partners.

You can edit or delete your press release Made in Germany, from the Andes – In La Paz, a German company is producing vehicle number plates for Bolivia here

12-28-2020 | Logistics & Transport
TÖNNJES E.A.S.T. Infrastruktur Invest GmbH
Guatemala increases the security of vehicle registration plates
Delmenhorst/Guatemala City, December 2020. Situated between the Pacific and the Atlantic is the most-populated country of Central America: Guatemala. Since 2008, TÖNNJES has been active there through a local joint venture. Apart from a few brief interruptions, the German vehicle identification specialist has personalised all vehicle registration plates for the state tax authority, Superintendencia de Administración Tributaria (SAT), at a local production facility. And now TÖNNJES has received another order.
08-05-2020 | Logistics & Transport
TÖNNJES E.A.S.T. Infrastruktur Invest GmbH
RFID Headlamp Tag "IDeSTIX" revolutionises identification of motorised two-wheel …
Delmenhorst/Manila, August 2020 Not only is the number of cars growing on earth, but there are also more and more motorcycles. The majority of these are located in Asian countries. In India alone, more than 19 million motorised two-wheelers were purchased last year. According to the Federal Motor Transport Authority, around 4.5 million motorcycles will have been on German roads in 2019 – an increase of 1.5 percent over the
06-25-2019 | Logistics & Transport
TÖNNJES E.A.S.T. Infrastruktur Invest GmbH
High tech for the desert state
Dubai uses modern embossing robots developed by TÖNNJES Delmenhorst / Dubai, May 2019. Dubai is characterised by its modern and innovative spirit, and this is reflected perfectly by its approach to vehicle licence plates. Dubai’s Roads & Transport Authority (RTA) has introduced a digitised production management system to emboss and issue number plates with an intelligent embossing system using robot technology (IDeROBOT) and intelligent embossing presses (IDePRESS). The authorities in the
05-24-2019 | Logistics & Transport
TÖNNJES E.A.S.T. Infrastruktur Invest GmbH
Digital licence plates: RFID system identifies vehicles at 220 km/h
Delmenhorst, May 2019. The German company TÖNNJES has developed a revolutionary system for electronic vehicle identification (EVI) with its cooperation partners Kathrein and NXP. The group presented its innovation to customers and public officials from over 30 nations during a performance test at the Sachsenring in March – even managing to beat its previous performance: The RFID-based technology can detect and authenticate vehicles at speeds of up to 220 km/h.